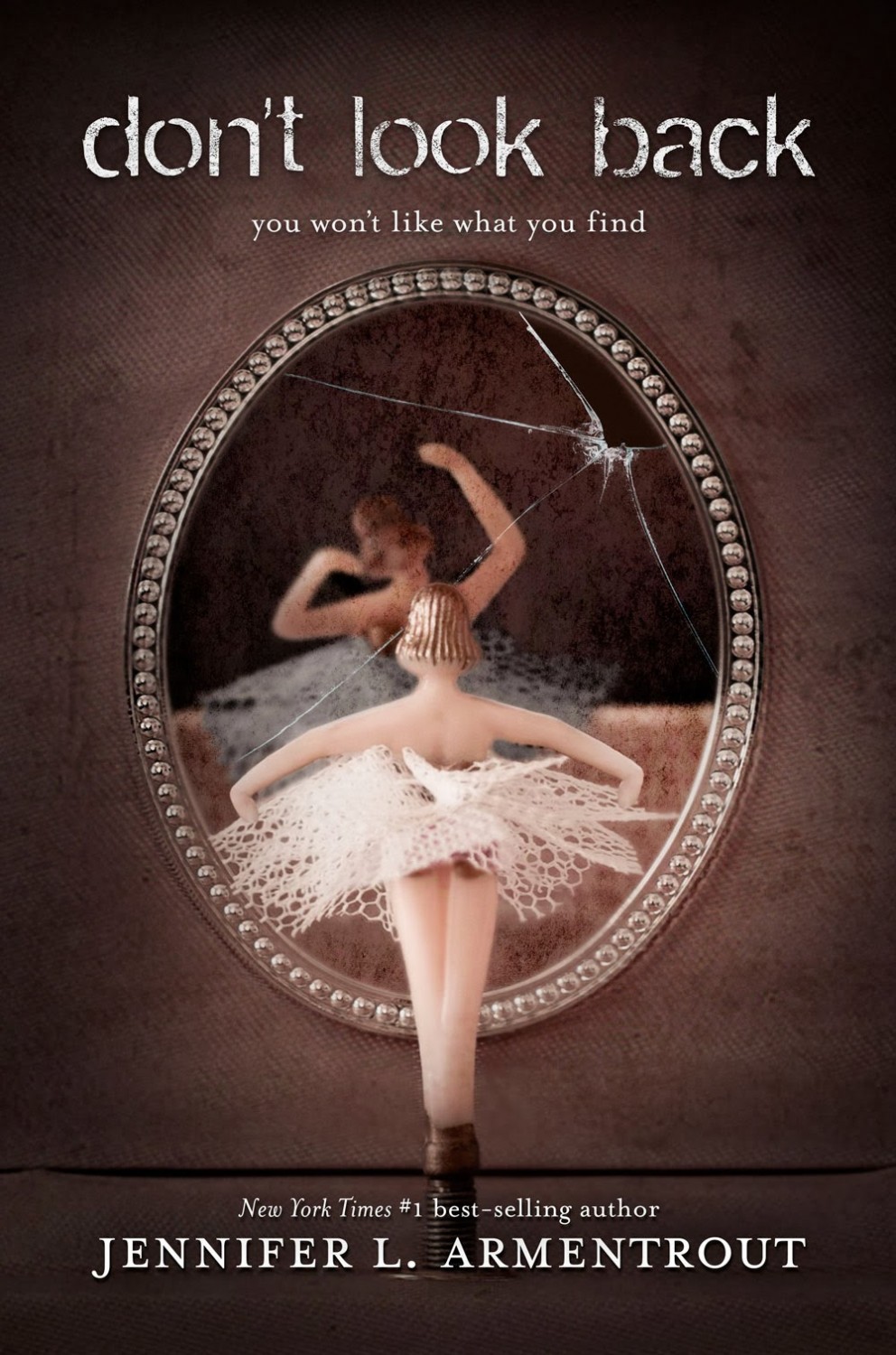 I didn’t recognize the name on the street sign. Nothing about the rural road looked familiar or friendly. Tall, imposing trees and overgrown weeds choked the front of the dilapidated home. Windows were boarded up. There was a gaping hole where the front door had been. I shivered, wanting to be far away from here…wherever here was.

Walking felt harder than it should be, and I stumbled off the chilly asphalt, wincing as sharp gravel dug into my feet.

I stopped and looked down. Chipped pink nail polish peeked through the dirt…and blood. Mud caked the legs of my pants, leaving the hems stiff. It made sense, seeing as how I wasn’t wearing any shoes, but the blood…I didn’t understand why there was blood staining the knees of my jeans.

My vision clouded and dulled, as if a gray film had been dropped over my eyes. As I stared at the weathered asphalt under my feet, large and smooth rocks replaced the tiny stones. Something dark and oily seeped over the rocks, slipping through the cracks.

Sucking in a sharp gasp, I blinked and the image was gone.

Hands trembling, I raised them. They were also covered with dirt and scratches. My nails were broken, bloodied. A silver ring wrapped, encased in soil, around my thumb. Air froze in my chest as my gaze crawled over my arms. The sleeves of my sweater were torn, revealing pale flesh covered in bruises and gashes. My legs started to shake as I swayed forward. I tried to remember how this had happened, but my head was empty—a black void where nothing existed.

A car drove by, coasting to a stop a few feet in front of me. Somewhere in the trenches of my subconscious, I recognized the flashing red and blue lights as a source of safety. Elegantly scrawled along the black-and-gray side of the cruiser were the words ADAMS COUNTY SHERIFF’S DEPARTMENT.

Adams County? A flash of familiarity came and went.

The driver’s door opened, and a deputy stepped out. He said something into the radio on his shoulder before he looked at me.

“Miss?” He started around the cruiser, taking tentative steps. He looked young for a deputy. Barely out of high school and able to carry a gun seemed wrong somehow. Was I in high school? I didn’t know. “We’ve received some calls into dispatch concerning  you,” he said gently. “Are you okay?”

I tried to respond, but only a hoarse squeak came out. Clearing my throat, I winced as the motion scratched and pulled. “I…I don’t know.”

“Okay.” The deputy held up his hands as he approached me, as if I were a skittish deer about to bolt. “My name is Deputy Rhode. I’m here to help you. Do you know what you’re doing out here?”

“No.” Knots formed in my belly. I didn’t even know where here was.

His smile strained. “What’s your name?”

My name? Everyone knew their name, but as I stared at the deputy, I couldn’t answer his question. The knots started twisting more. “I don’t…I don’t know what my name is.”

He blinked, and the smile was completely gone. “You don’t remember anything?”

I tried again, concentrating on the empty space between my ears. That was how it felt. And I knew that wasn’t good. My eyes started to tear up.

“Miss, it’s okay. We’ll get you taken care of.” He reached out, lightly taking hold of my arm. “We’ll get this sorted.”

Deputy Rhode led me around the back of his cruiser. I didn’t want to sit behind the Plexiglas, because I knew that wasn’t good. Only bad people sat behind the glass in police cruisers. I wanted to object, but before I could say anything, he settled me into the seat and wrapped a coarse blanket around my shoulders.

Before he locked me in the bad part of the car, he knelt and smiled reassuringly. “Everything’s going to be okay.”

But I knew he was lying, trying to make me feel better. It didn’t work. How could everything be okay when I didn’t know my own name?

Samantha is a stranger in her own life. Until the night she disappeared with her best friend, Cassie, everyone said Sam had it all—popularity, wealth, and a dream boyfriend.

Sam has resurfaced, but she has no recollection of who she was or what happened to her that night. As she tries to piece together her life from before, she realizes it’s one she no longer wants any part of. The old Sam took “mean girl” to a whole new level, and it’s clear she and Cassie were more like best enemies. Sam is pretty sure that losing her memories is like winning the lottery. She’s getting a second chance at being a better daughter, sister, and friend, and she’s falling hard for Carson Ortiz, a boy who has always looked out for her—even if the old Sam treated him like trash.

But Cassie is still missing, and the facts about what happened to her that night isn’t just buried deep inside of Sam’s memory—someone else knows, someone who wants to make sure Sam stays quiet. All Sam wants is the truth, and if she can unlock her clouded memories of that fateful night, she can finally move on. But what if not remembering is the only thing keeping Sam alive?

“Armentrout has written another winner. From the first page to the last, she builds both terror and confusion to the point where readers will be hooked and on the edge of their seat. This standalone contains all of Armentrout’s usual trademarks– a strong and determined heroine, witty comments and hot guys–but she adds in an extra layer by ratcheting up the suspense to the highest degree and follows it up with an ending no one will see coming.” RT BOOK REVIEWS 4 1/2 Stars TOP PICK

# 1 NEW YORK TIMES and USA TODAY Bestselling author Jennifer lives in Martinsburg, West Virginia. All the rumors you’ve heard about her state aren’t true. When she’s not hard at work writing. she spends her time reading, working out, watching really bad zombie movies, pretending to write, and hanging out with her husband and her Jack Russell Loki.

Her dreams of becoming an author started in algebra class, where she spent most of her time writing short stories….which explains her dismal grades in math. Jennifer writes young adult paranormal, science fiction, fantasy, and contemporary romance. She is published with Spencer Hill Press, Entangled Teen and Brazen, Disney/Hyperion and Harlequin Teen. Her book Obsidian has been optioned for a major motion picture and her Covenant Series has been optioned for TV.

She also writes adult and New Adult romance under the name J. Lynn. She is published by Entangled Brazen and HarperCollins.