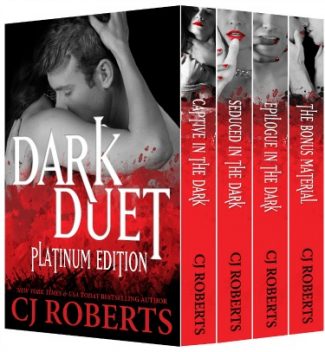 Please heed all warnings. This is a series about captivity in a fictional and eroticized setting. It contains very disturbing situations, dubious consent, strong language, and graphic violence. 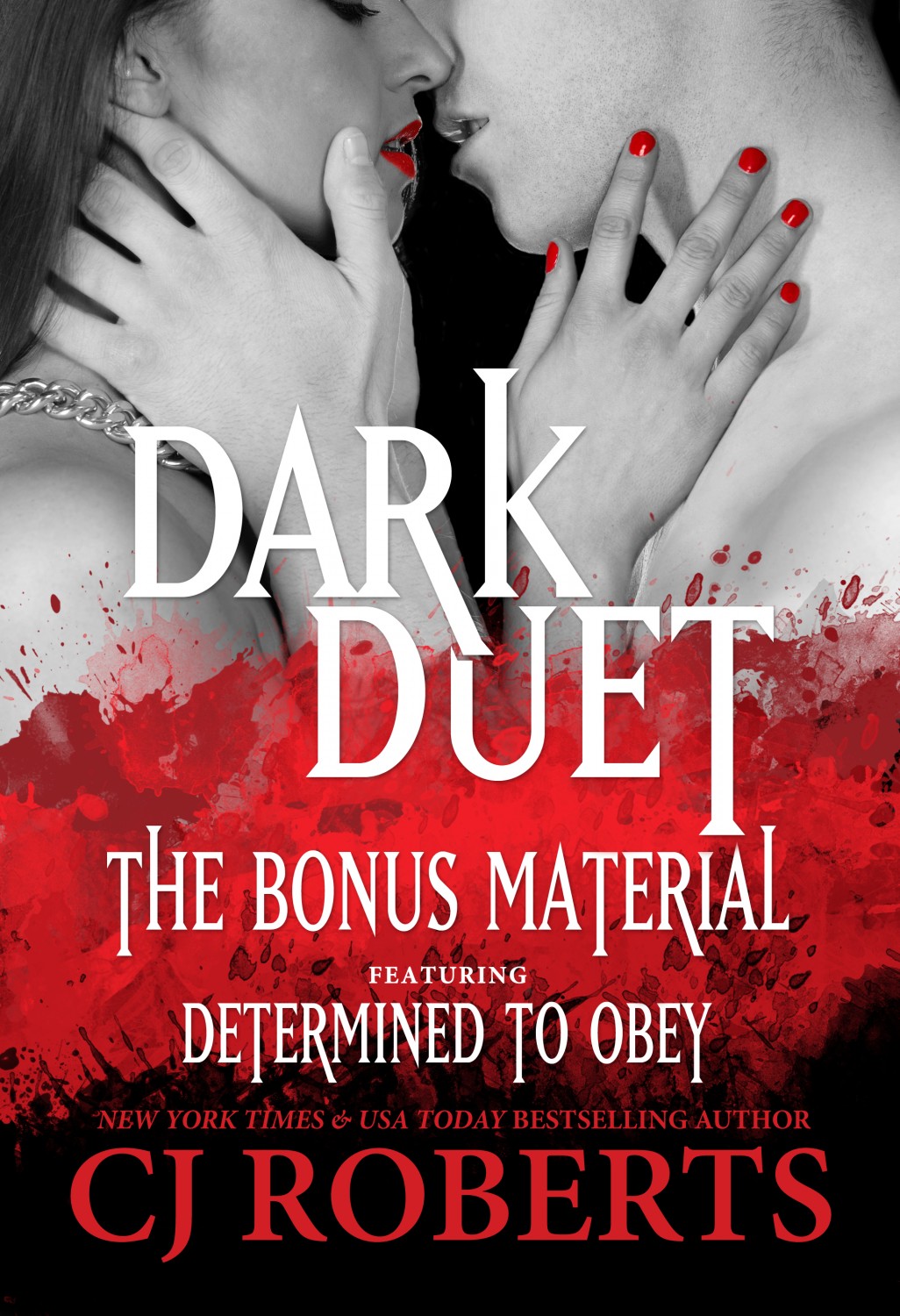 Praise for the Dark Duet Series

“’This series is the most incredible mindf**k I’ve ever experienced.’ Or something along those lines. Write whatever you want and slap my name on it. I loved it that much.’

“I have never had an author move me to the point that I felt I needed to get in my car and go after someone who was fictional.”

“Absolutely amazing! I have not been this captivated by a book, by a series, in years! Thank you to everyone who told me to read these.”

“I’m very stingy with five stars. I usually only give those to modern classics or books that I am absolutely crazy about. Here is why I think CID deserves five….”

– Tarryn Fisher, USA Today Bestselling Author of the Love Me With Lies series

“Just know that I think it was an exhilarating (albeit somewhat exhausting) reading experience and I LOVED it. And… I appreciated it even more once I was done. I felt mostly… complete. Crazy right? Ahhh but sometimes, it just is what it is. It was rich, well rounded, uncomfortable, exciting and scary (in multiple ways). Emotionally affecting. I lived it, I didn’t just read it, although I was VERY happy to be on this side of the book. *phew* I may enjoy the fictional thrill and I may like it crazy at times, but I’m very content on the “safe” side of life.” 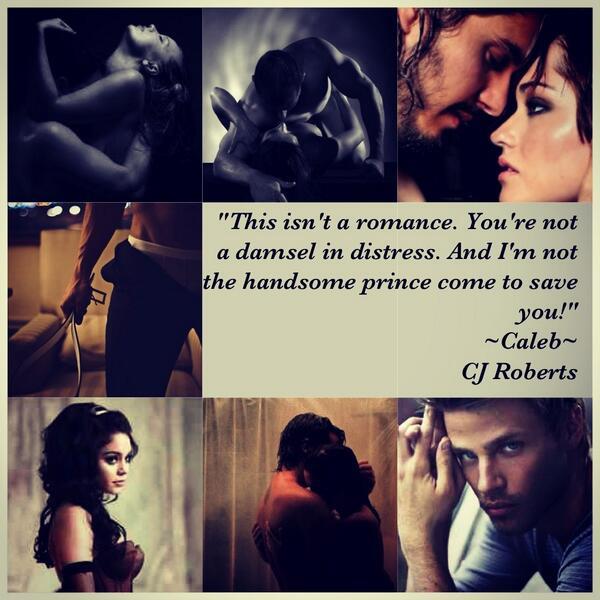 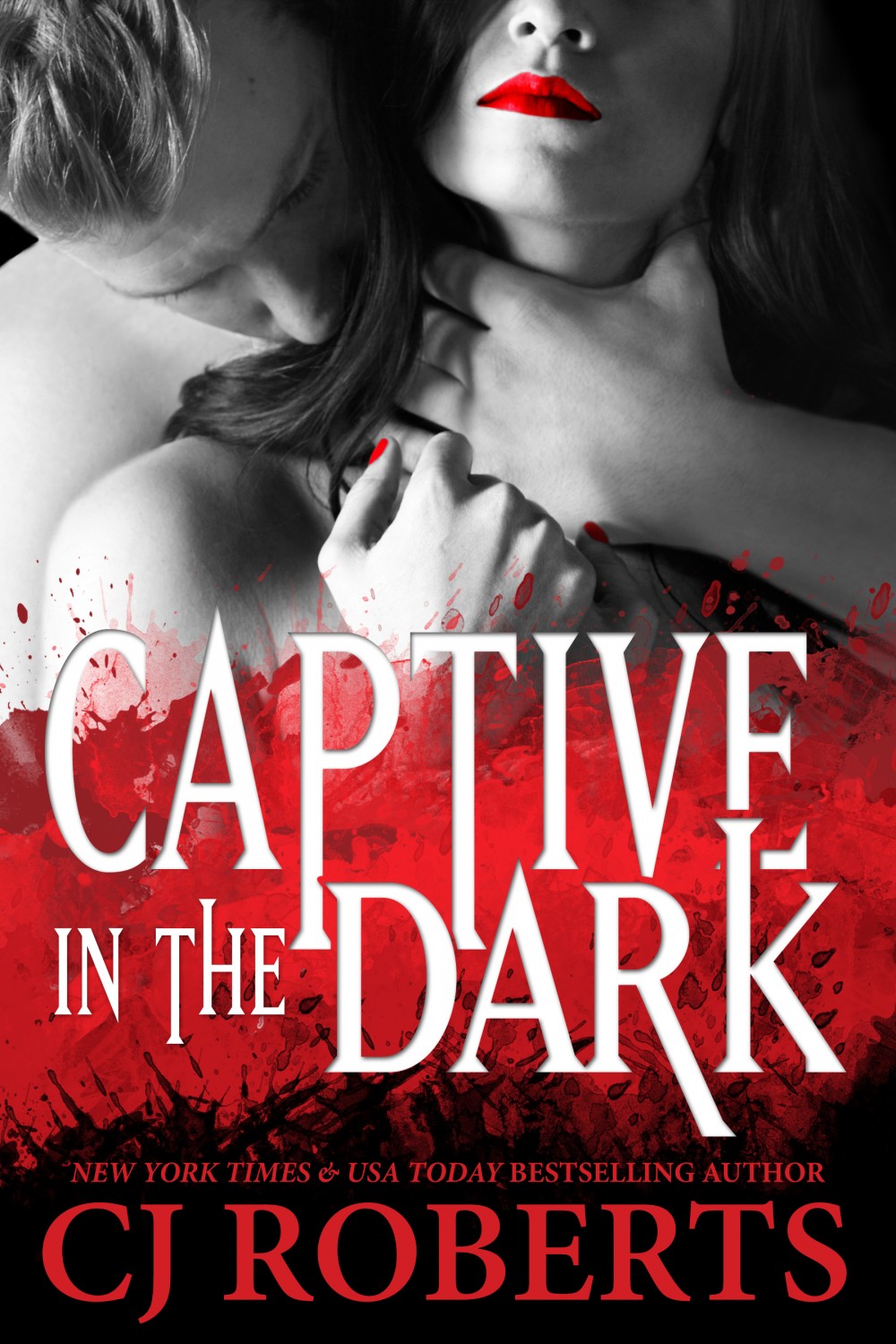 Caleb is a man with a singular interest in revenge. Kidnapped as a young boy and sold into slavery by a power-hungry mobster, he has thought of nothing but vengeance. For twelve years he has immersed himself in the world of pleasure slaves searching for the one man he holds ultimately responsible. Finally, the architect of his suffering has emerged with a new identity, but not a new nature. If Caleb is to get close enough to strike, he must become the very thing he abhors and kidnap a beautiful girl to train her to be all that he once was.

Eighteen-year-old Olivia Ruiz has just woken up in a strange place. Blindfolded and bound, there is only a calm male voice to welcome her. His name is Caleb, though he demands to be called Master. Olivia is young, beautiful, naïve and willful to a fault. She has a dark sensuality that cannot be hidden or denied, though she tries to accomplish both. Although she is frightened by the strong, sadistic, and arrogant man who holds her prisoner, what keeps Olivia awake in the dark is her unwelcome attraction to him.

“I wrapped my arms around him and held on as hard as I could. He was my tormentor and my solace: the creator of the dark and the light within. I didn’t care that he would undoubtedly hurt me at any moment, right now; I just needed somebody to hold me… To tell me these exact words. Its going to be okay. It wasn’t of course, I knew that. But I didn’t care, I needed the lie.” 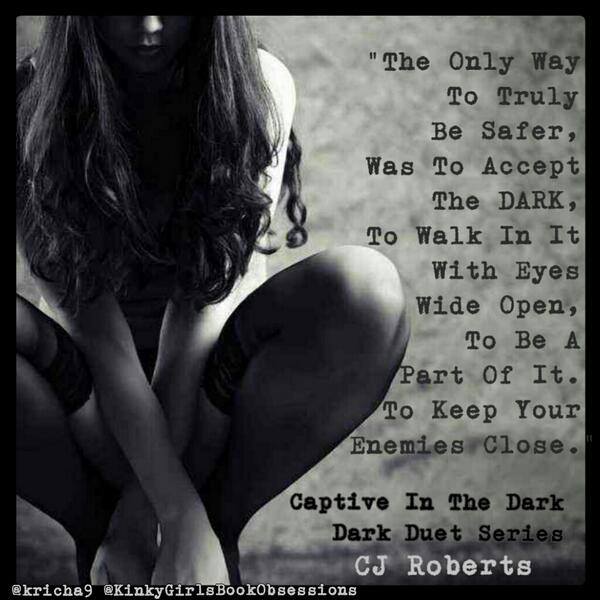 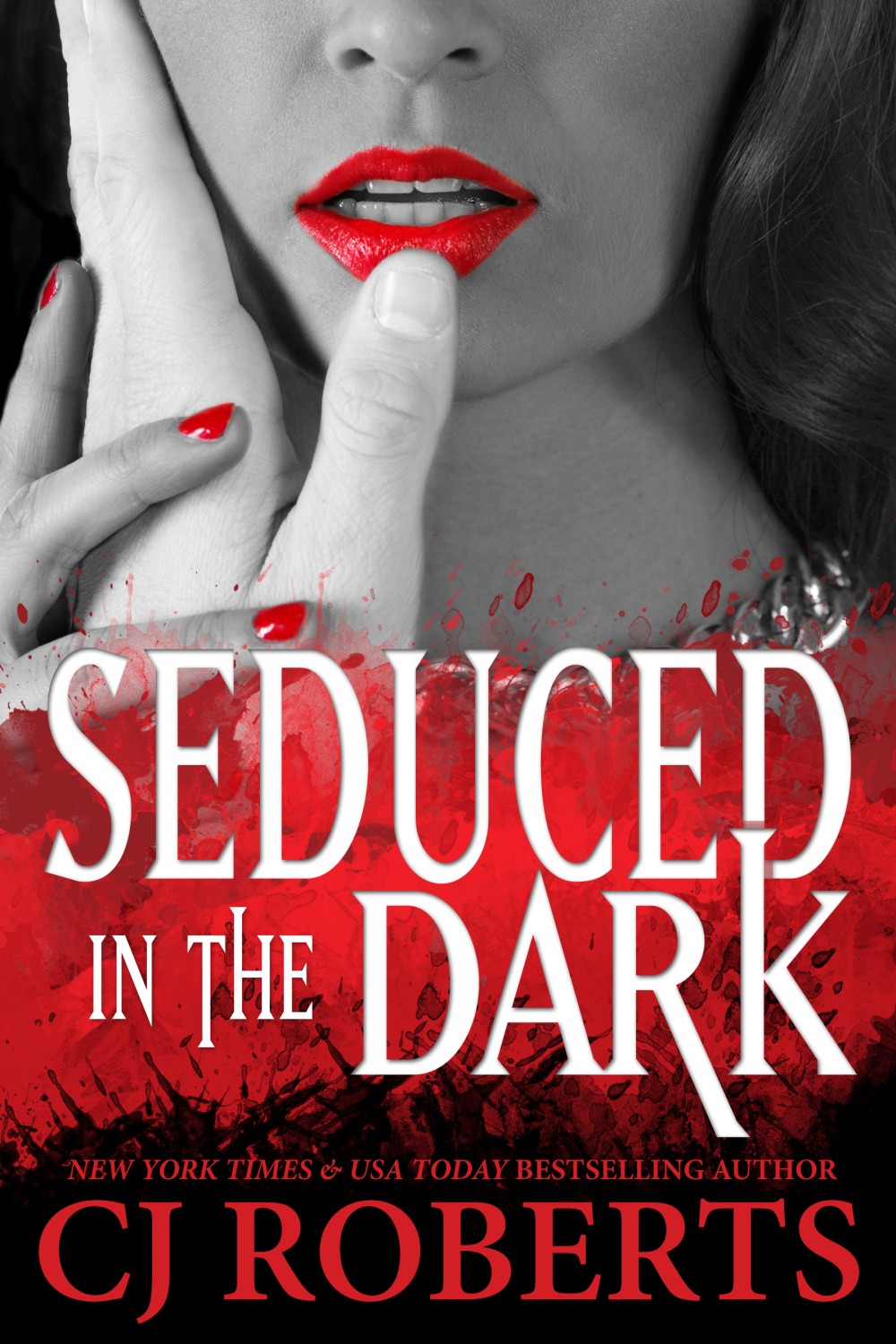 The exciting, titillating, and action-filled conclusion to Captive in the Dark.

What is the price of redemption?

Rescued from sexual slavery by a mysterious Pakistani officer, Caleb carries the weight of a debt that must be paid in blood.

The road has been long and fraught with uncertainty, but for Caleb and Livvie, it’s all coming to an end.

Can he surrender the woman he loves for the sake of vengeance?

Or will he make the ultimate sacrifice?

“I’ve been doing this a long time- manipulating people to get my way. That’s why you think you love me. Because I’ve broken you down and built you back up to believe it. It wasn’t an accident. Once you leave this behind….. you’ll see that. -Caleb” 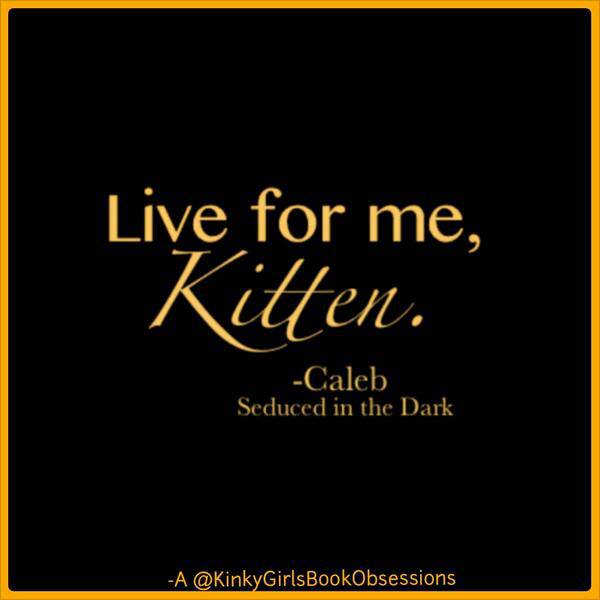 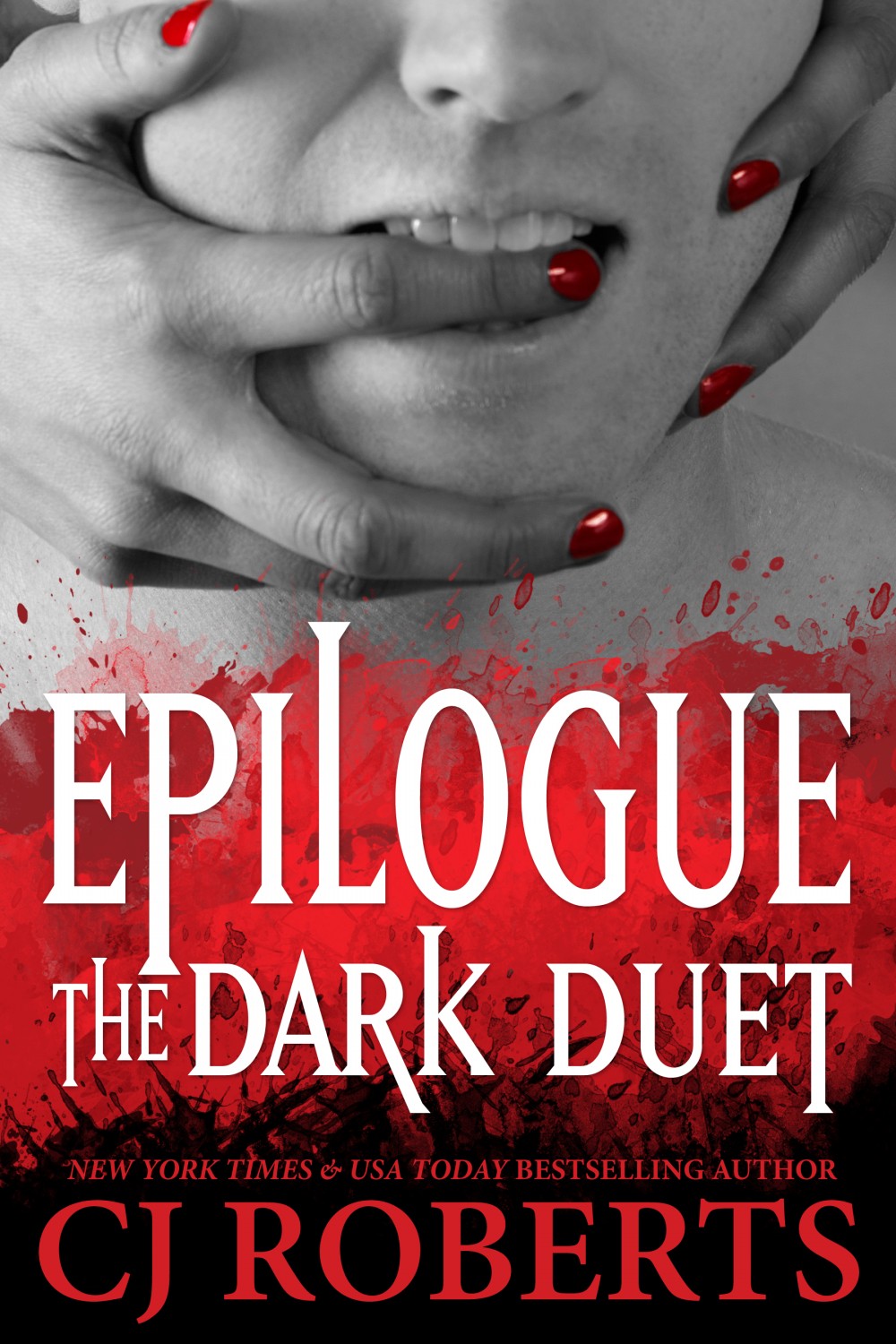 I’m writing this because you begged. You know how I love the begging. In fact, you probably know too many things and know them far too well.

Well, that’s what I’m trying to figure out. I was a whore in my youth, a killer since my adolescence, and a monster as a man. I am the man who kidnapped Livvie. I am the man who held her in a dark room for weeks. But, most importantly, I am the man she loves.

She loves me. It’s quite sick, isn’t it?

Of course, there’s more to our story than can be surmised in a few short sentences, but I’m at a loss for justifying my behavior back then. I assume if you’re reading this, I don’t need to make those justifications. You’ve already made your own.

You’re reading this because you want to know about the rest of the story. You want to know what happened that warm summer night in September of 2010, the night I met Livvie at The Paseo. It was the night my life changed all over again.

It didn’t happen exactly as Livvie said. She’s been very kind to me in the retelling of our story. The truth is far more…complicated. 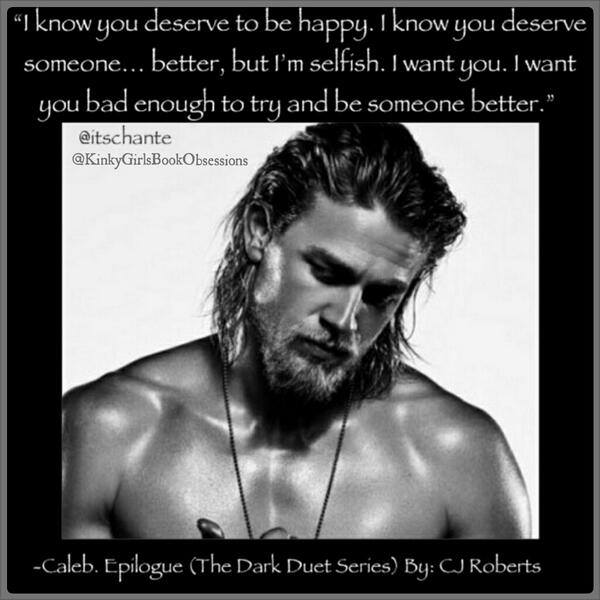 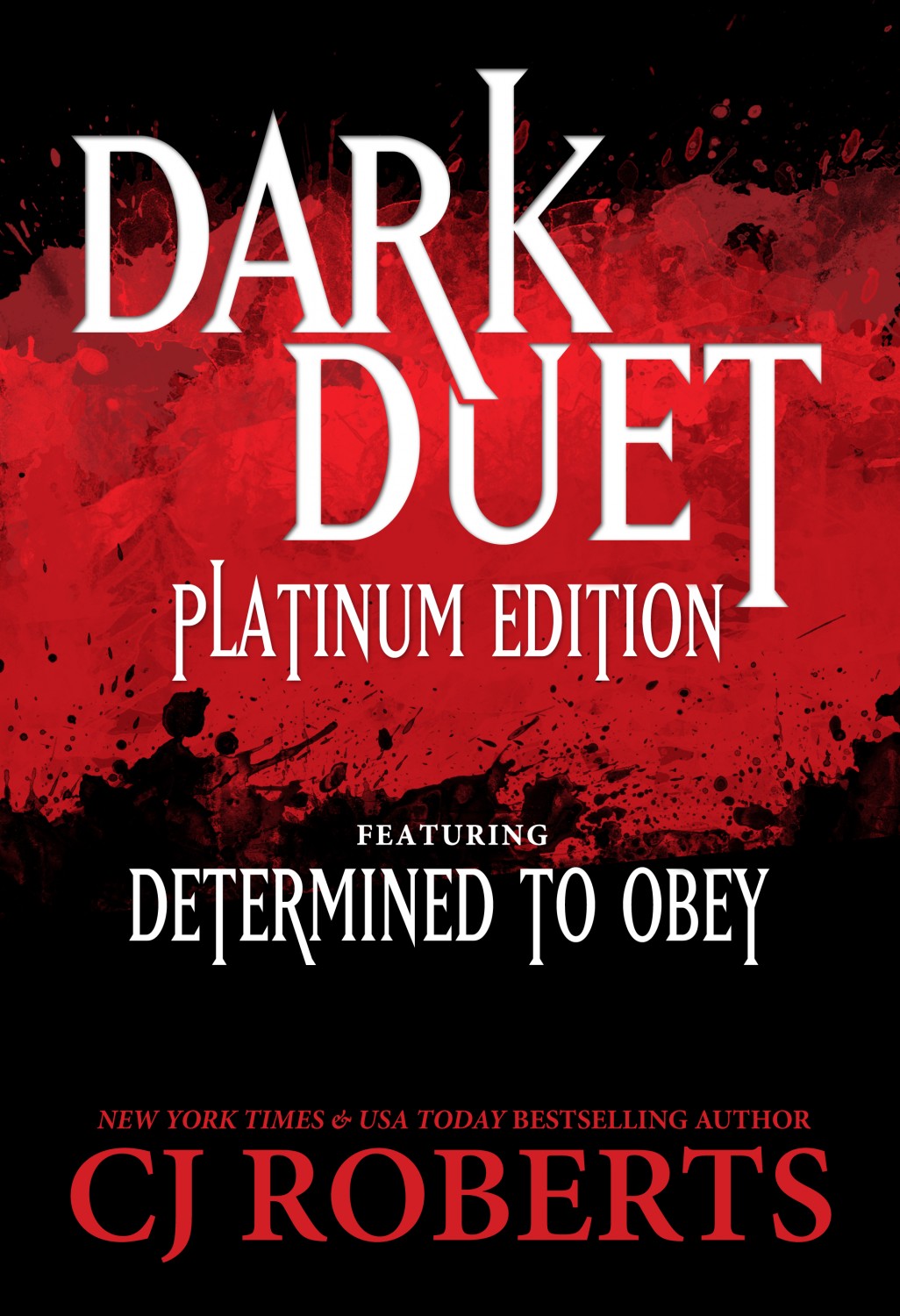 The character “Kid” appears in both Captive in the Dark and Seduced in the Dark.

This novella takes place in Mexico and follows Kid after he and his girlfriend, Nancy, are taken hostage by a group of men led by Caleb. Unbeknownst to Kid or Nancy, they are taken to the mansion of Felipe Villanueva, an eccentric crime boss with a taste for the taboo.

We join Kid in the dungeon, where he is about to meet Felipe and his companion Celia for the first time…

Warning: 18+ only. Very frank language, graphic sexuality and coercion. Do not read if M/M/F bothers you!

Determined to Obey is being published independently at the request of thousands of fans who already own Captive in the Dark, Seduced in the Dark, and Epilogue: The Dark Duet–known together as theDark Duet series.

Determined to Obey was written as part of the bonus material forDark Duet: Platinum Edition and not meant to be read as a stand alone. However, it is possible to enjoy it as such if one prefers. 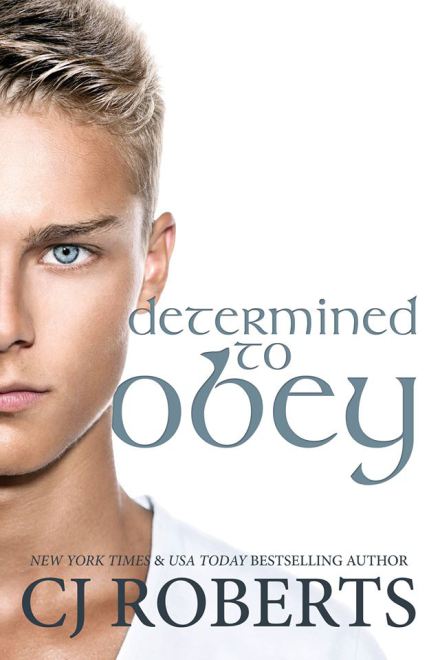 She was born and raised in Southern California. Following high school, she joined the U.S. Air Force in 1998, served ten years and traveled the world.

Her DARK DUET series has sold over 150,000 copies and is currently optioned as a TV show. CJ invites her readers to sign the petition asking network executives from HBO, Showtime, Amazon, and Netflix to make these books a TV hit:

Sign the petition to make Dark Duet into a series here: http://www.thepetitionsite.com/741/347/772/please-create-a-tv-series-based-on-the-dark-duet-by-cj-roberts/