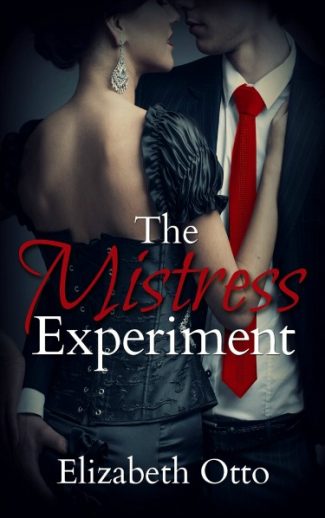 “A gentleman would get to know you patiently, intimately, before demanding anything of your body. Tonight,I’m not going to be a gentleman.”

For wealthy British surgeon Isaac Kimball, being the good guy comes naturally. Caring for Chicago’s poorest fills his days and keeps his other side—the dark one that craves sensuality and control—at bay. When Isaac is prevented from saving a charity he loves, an acquaintance offers him a proposition: transform a woman from the streets into a sophisticated mistress who can pass in London high society, in exchange for the charity’s salvation. A ridiculous suggestion until he realizes he knows the perfect woman—one with an understated sexuality and sharp wit that continually tempt his control.

Mila DePardo counts the days until she can get off the streets and put her criminal past behind her. When Dr. Kimball offers her a ticket out of hell and into the glitter of London society, lying about her identity is easy. Until the chemistry between them starts to crack her no-sex rule, and the pleasure of Isaac’s touch changes everything she thought she wanted.

When the truth starts to unravel and Isaac’s own secrets come to play, Mila’s will and belief in herself is put to the test. She might win the mistress experiment, but can she survive him? 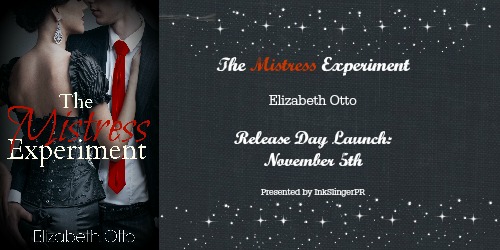 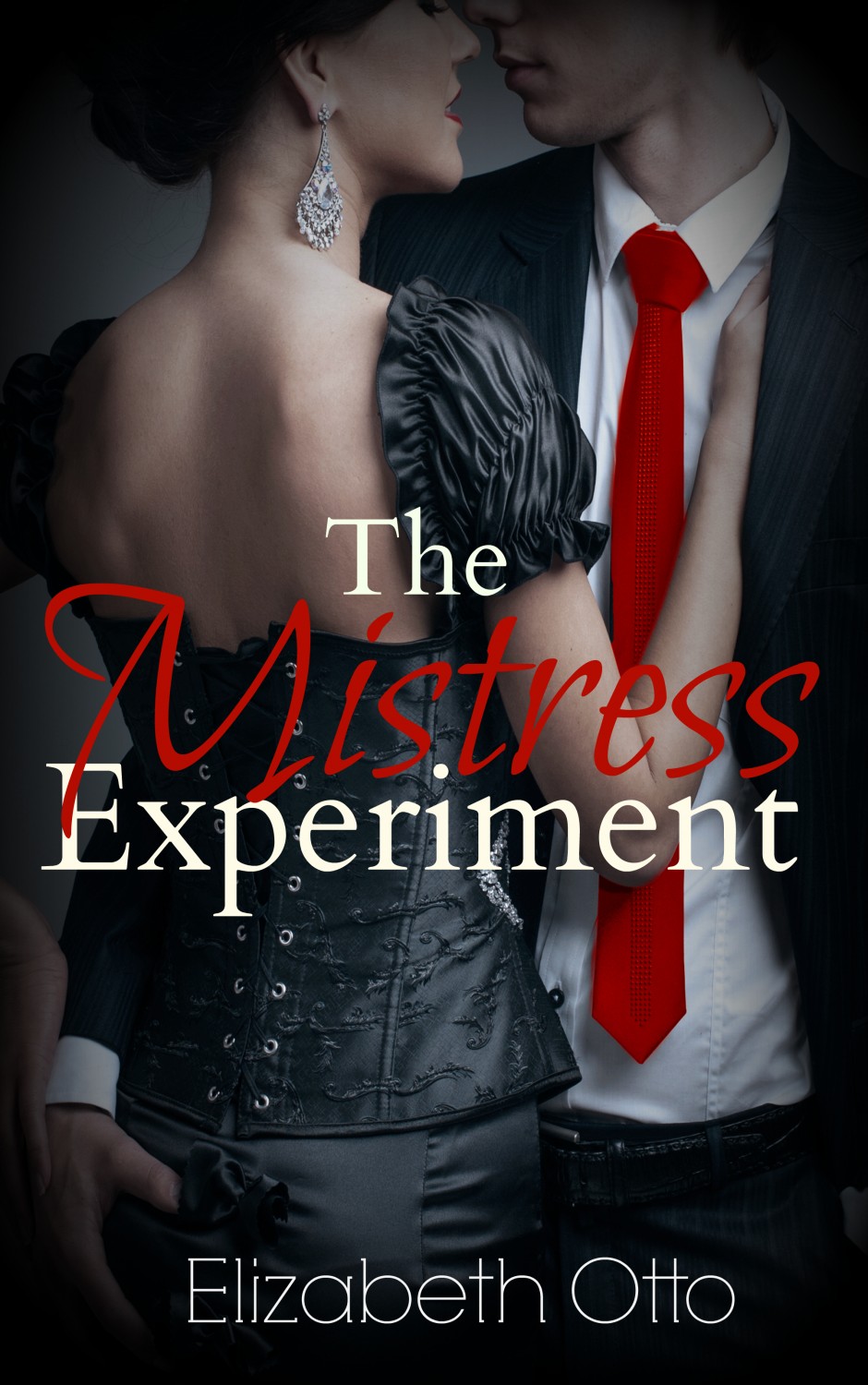 “In my office. It’s right there.” He nodded to the door down the hall, already moving that way, but she didn’t move.

“There’s nothing to say.”

Oh, there was plenty.

Isaac slid her glasses off her face with one finger as adrenaline and heat pumped through him. Her chin tipped up, and he knew he was being an ass. But he had questions, things to say, and she had answers and she was going to listen no matter if she wanted to or not. If he didn’t get things off his chest, he wouldn’t be able to concentrate on anything else for the rest of the day.

Mila glared at him for several seconds before doing as he asked. He followed, slipping out of his lab coat as he shut the door behind them.

“Let me guess. You want to backpedal over the crap you said to me at DeJava, right? Cover your ass? Well, don’t worry about it. I’m forgetting it ever happened.” She held a hand out for her glasses.

He gave them over. That’s what he wanted, too, right? To put the bet behind him, laugh it off and move on? He had other things to talk about, like Luis and the mark on her arm. Anything but the bet right now.

But impulse was a blasted thing and his brain had other ideas. “I’m not forgetting anything.”  Once he’d said it, he knew where he was headed. Where he had to be headed, because beyond her hunger the other day, someone had hurt her.

“It’s a legitimate experiment, one we’d both benefit from winning. Not us, actually, but the children. Considering how much Luis means to you, I’m sure you agree that it’s worth a shot.”

She huffed a breath.

He was playing dirty but Isaac couldn’t bring himself to be sorry. “It’s true what I said. I’m offering you the chance to be someone else for a while, Mila, whatever that might mean to you. It’s yours.”

She shuddered hard, her palm going to her forehead. “You’re asking me to be your… I won’t be your hooker.”

“I told you that intimacy isn’t involved in this, and I meant it. There’s no attraction between us anyway.” That sounded wrong even as he said it because there was something that caused a thrum in his blood each time she was near. Probably just a case of reining himself in too long.

She pressed her knuckles to her lips. Surprised by her lack of ninja-tendencies, considering he’d all but forced her in here, Isaac had to smile. She was contemplating, just as he was, letting it roll around in her head like it was rolling around in his.

“Right. You’re right. There isn’t anything sexual between us.” Her shrug was less than convincing.

“No.” Not completely true.

“But…” She was waffling, and the more the yes-no flickered across her face, the more a dark agitation grew in him.

Isaac grabbed her sleeve and yanked her gently forward, causing her to press into him with a soft grunt.

“Do you need proof?” he asked.

Her chest stalled, her hands balling in fists against his chest. “Do you?”

Mila’s shuddering breath was the last sound he registered as he brought his lips to hers, demanding, harder than he’d intended. Her taste engulfed him, unfamiliar sweetness flaming his blood. Her soft lips parted but not nearly enough; her body stiffened before she leaned into him, giving but not giving completely.

“Open your mouth for me, Mila.”

Her arms came up around his neck, pulling him down. Elation flew through him as her mouth opened completely and urged him in for a deep, slanted kiss. His tongue slid along hers as sensation blossomed everywhere—racing along his scalp, his chest. Mila’s fingernails pricked against his skin, leaving tingling, burning rows.

Isaac inhaled deeply and bit down softly on her lower lip. She was taking as much as he was demanding—a tug of war. Unexpected but goddamn delicious. And she had no idea what he’d demand of her if they took this further. If the fire in her kiss was an indication, she might demand just as much from him, a twist to the way sex usually went for him… but he’d test it. He’d allow it, and he’d probably lose his mind in the process.

This was more than basic chemistry.

This was hands-down sexual attraction. 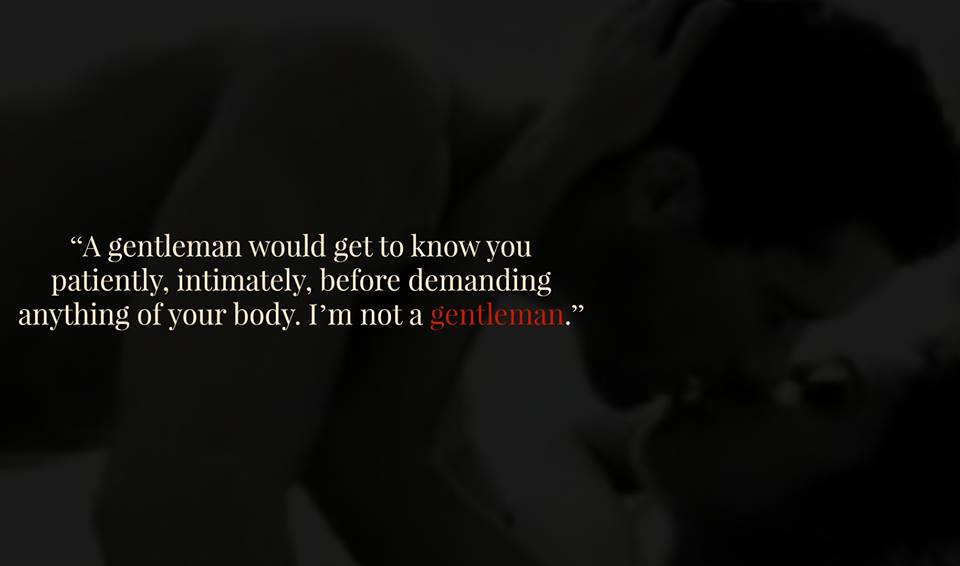 I always knew I wanted to live in the country as a grown-up, and there was never any question that I’d marry a hardworking country boy. 20 years later, I’m married to the farmer’s son, and we live in Northern Wisconsin, surrounded by hardwood forests and acres of farm and crop land.

In my professional life, I play an emergency medical technician (EMT). Don’t be fooled by the medics/EMTs you see on television. In real life, it’s hard, often messy, not all that heroic most of the time, and sometimes, really, really boring.

When I’m not trying to save lives, I get to be a writer. That’s the most fun of all. I write contemporary romance and paranormal romance. I’m constantly thinking up new things; creating book boyfriends makes me giddy.