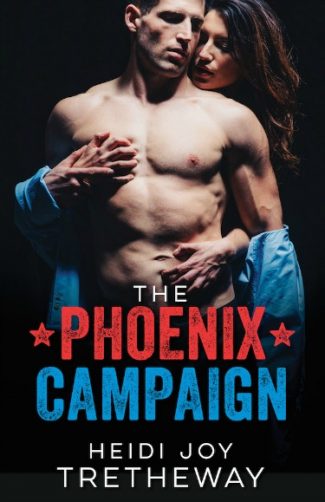 Grace Colton’s life is a blur—security, appearances, and a desperately fast ramp-up to Election Day. Political consultant Jared Rankin is pulling the strings to win the White House with the Conover-Colton ticket.

But the fragile relationship Grace and Jared forged could be ruined by secrets traded for political leverage. She’s hiding her new relationship with Jared from the public, and concealing a deeper secret from everyone.

When Grace reveals the explosive truth to her running mate, squeaky-clean Senator Conover must confront his own haunted past. Grace’s future—and their campaign—could be ruined by the lies meant to protect what they love most.

Today I have the release day launch of Heidi Joy Tretheway’s The Phoenix Campaign! To celebrate the release, Heidi is sharing with us a behind the scenes look at the photo shoot and creation of her sexy covers, as well as a fantastic giveaway! Be sure to check it all out! 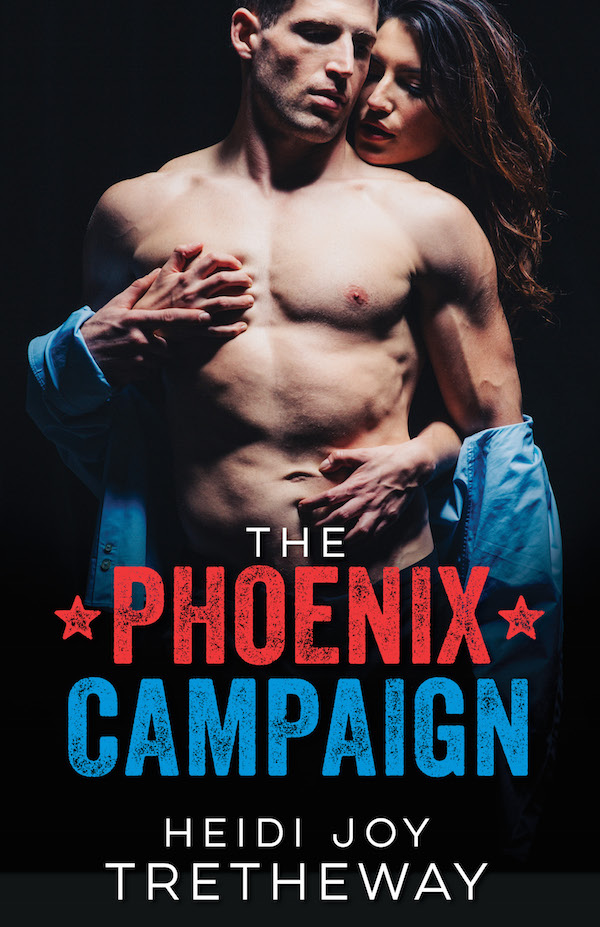 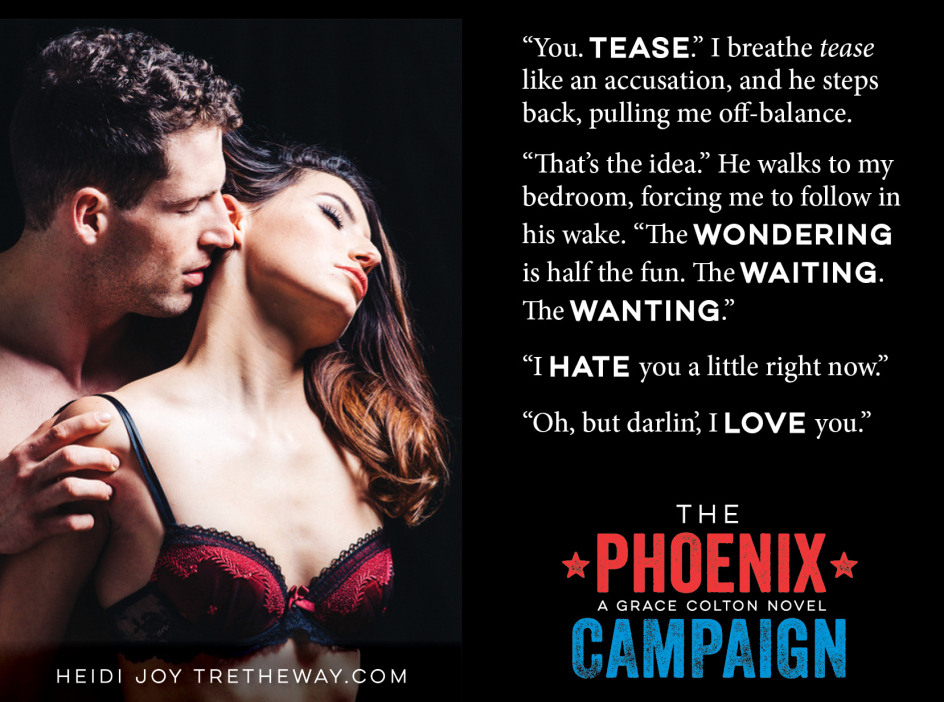 Behind the scenes at a sexy photo shoot:

Have you ever seen a book cover and thought, huh, I think I’ve read that before? Maybe you’re just seeing the same stock photo. It’s no secret in author circles that the best stock photos make the rounds … a lot. That’s why I decided to do a custom photo shoot.

Thanks to my massively talented friend Adrian Hale, a hair and makeup artist who works with photographer Josh Baker of AzulOx Photography, we arranged a shoot featuring the gorgeous Callisto and David: 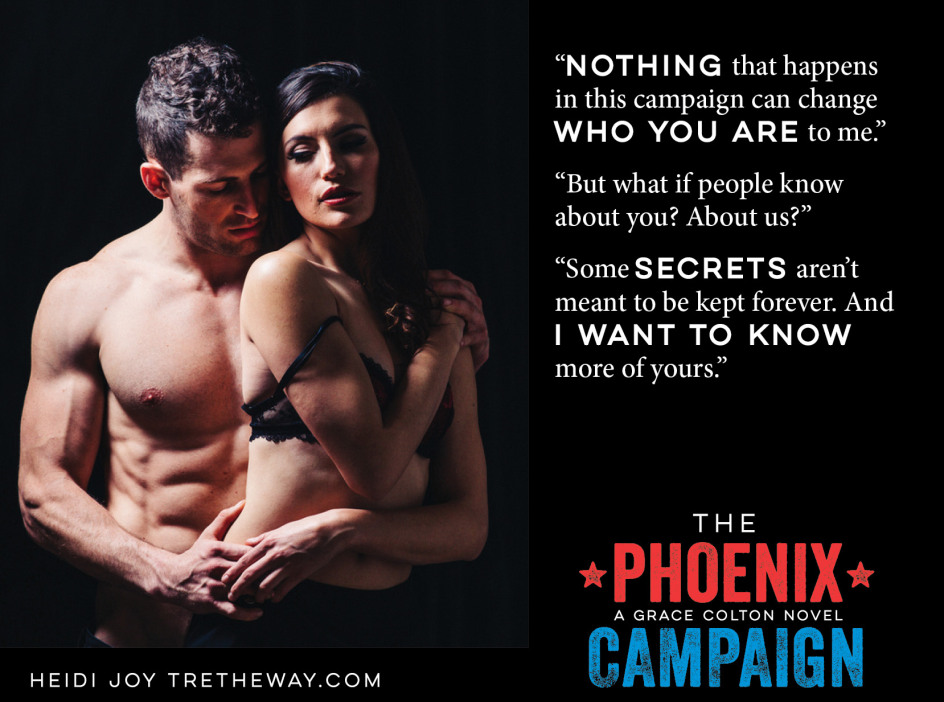 The setup: Adrian’s house. The girl let us totally mess up the place, bless her heart.

While David and Callisto were total pros, I was in the corner accidentally making inappropriate comments (oohs and aahs and that’s hot and I’m going to need a moment alone). We saw the shots pop up on a tablet in real time. In most cases, the last shot was the best. Josh said, “I know when we’ve got it right. That’s when we stop shooting.”

We took inspiration from Pinterest and from the idea of a push-pull dynamic in Grace and Jared’s relationship throughout the series. The models were actually pushing and pulling on each other during the shoot, which makes their muscles flex and makes the pose more dynamic.

My favorite shot is pure improv. She’s a trained ballerina and he’s an acrobat, so they know how to move their bodies in amazingly beautiful ways. Callisto was imitating Kate Winslet’s moment on the bow of the Titanic, played by David.

They were preparing for a pose like this. What a difference lighting and perspective makes (comparing my shot from the side vs. Josh’s professionally lit photo, shown here on his camera).

Now for the hard part: choosing a favorite image. I loved this photo for David’s amazing abs in this pic, but some readers felt that it didn’t show enough connection for the characters.

In the end, I chose the photos that felt right. Here’s the before and after for The Phoenix Candidate, the first book in the series:

And here’s the before-and-after for The Phoenix Campaign, book 2 in the series:

I hope you enjoy the series! 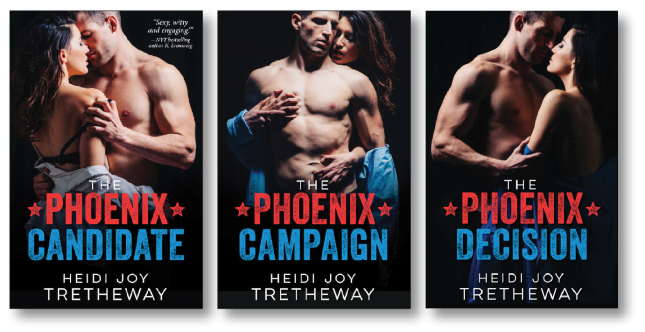 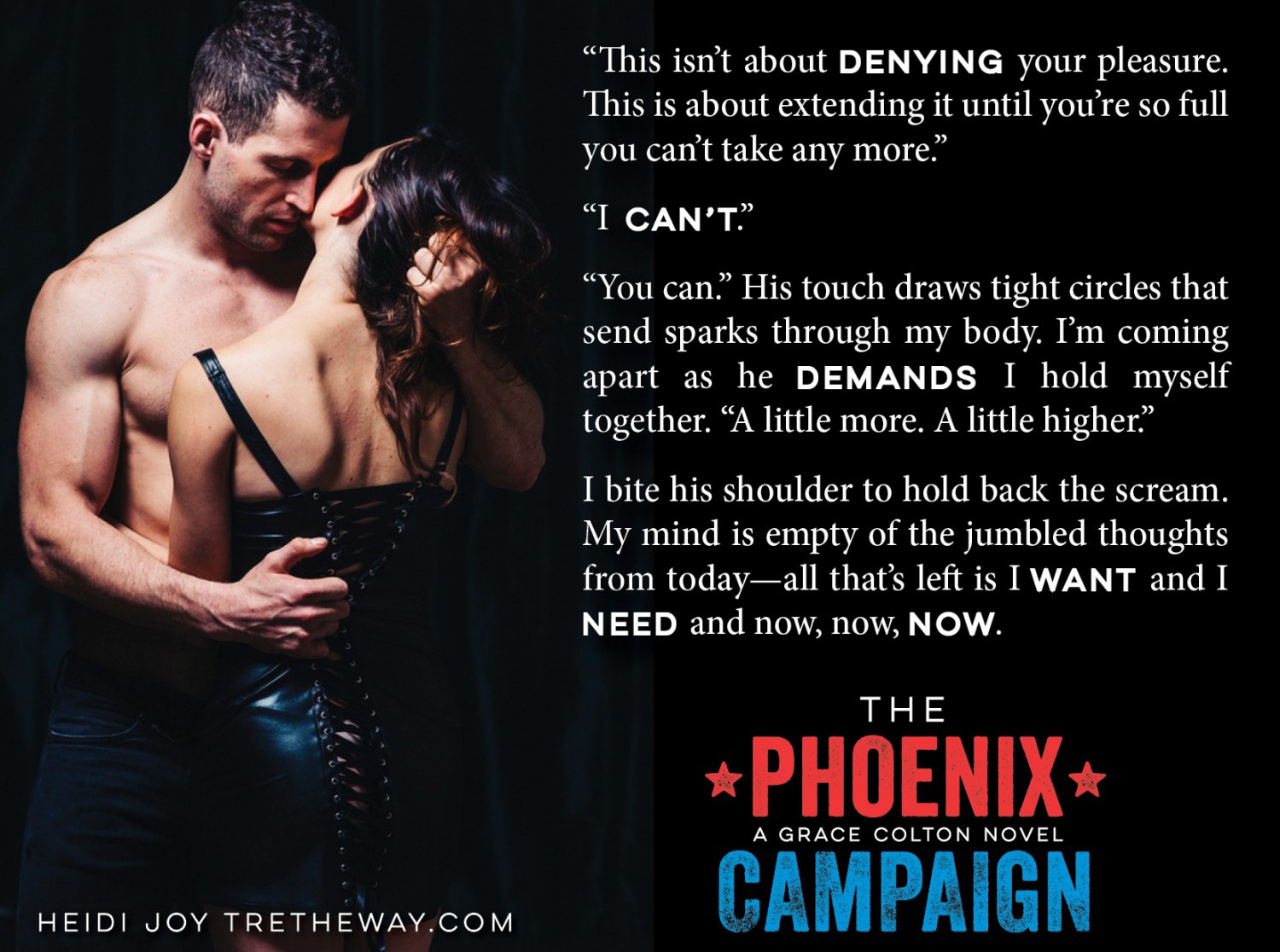 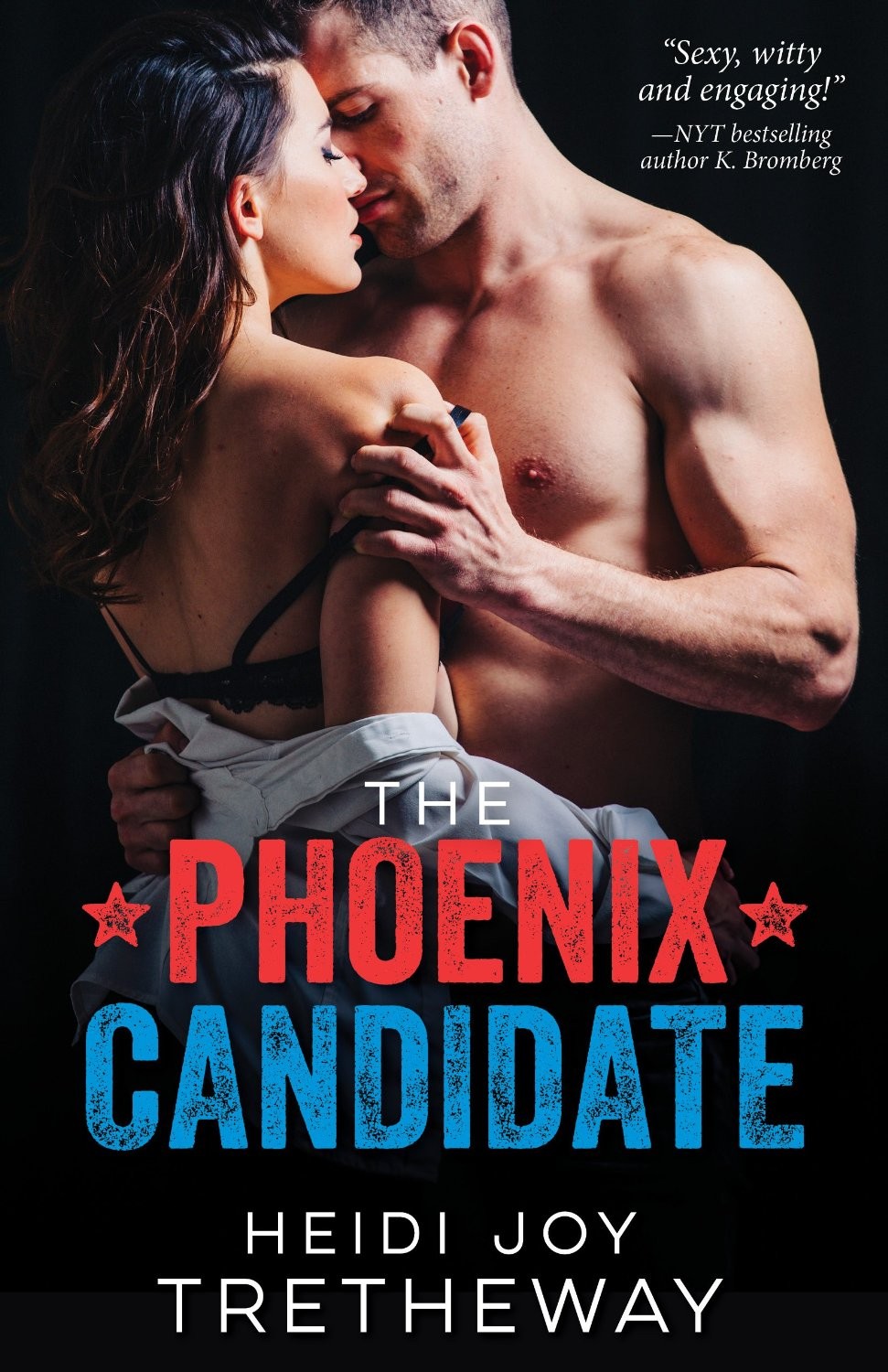 He offered “one night: no strings, and no regrets….”

But mind-blowing sex is a wicked way to meet your new colleague.
Congresswoman Grace Colton’s one-night stand turns out to be Jared Rankin, a drawling, demanding political consultant tasked with vetting her as a vice presidential candidate.

He pushes hard—and she pushes back—to prepare her for a campaign that blurs the lines between ally and enemy. Grace is torn: play nice with Jared to earn her place on Senator Shep Conover’s ticket, or play hardball and back the slick frontrunner? Sticking to her principles could make Grace political roadkill.

As the convention approaches, Grace must decide where her loyalties lie and if she can trust Jared with her future—and her heart.