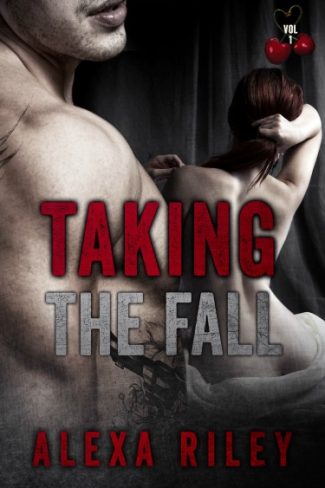 Layla O’Leary has had enough. For years she has been haunted by the night she can’t remember. When she learns the only man she's ever loved has betrayed her, she escapes and crafts a new identity. She's finally free...

Carter has waited eight years to claim his woman. Locking him up only fueled his obsession. The day he gets out he's coming for her. Taking the Fall was just the start. Now he'll stop at nothing to possess what's his.

Warning: this book contains a hero who grunts and growls his way through life, a heroine nicknamed Cherry looking to lose it, and instalove so fast and hard your panties might disintegrate. Note: not responsible for exploding panties. 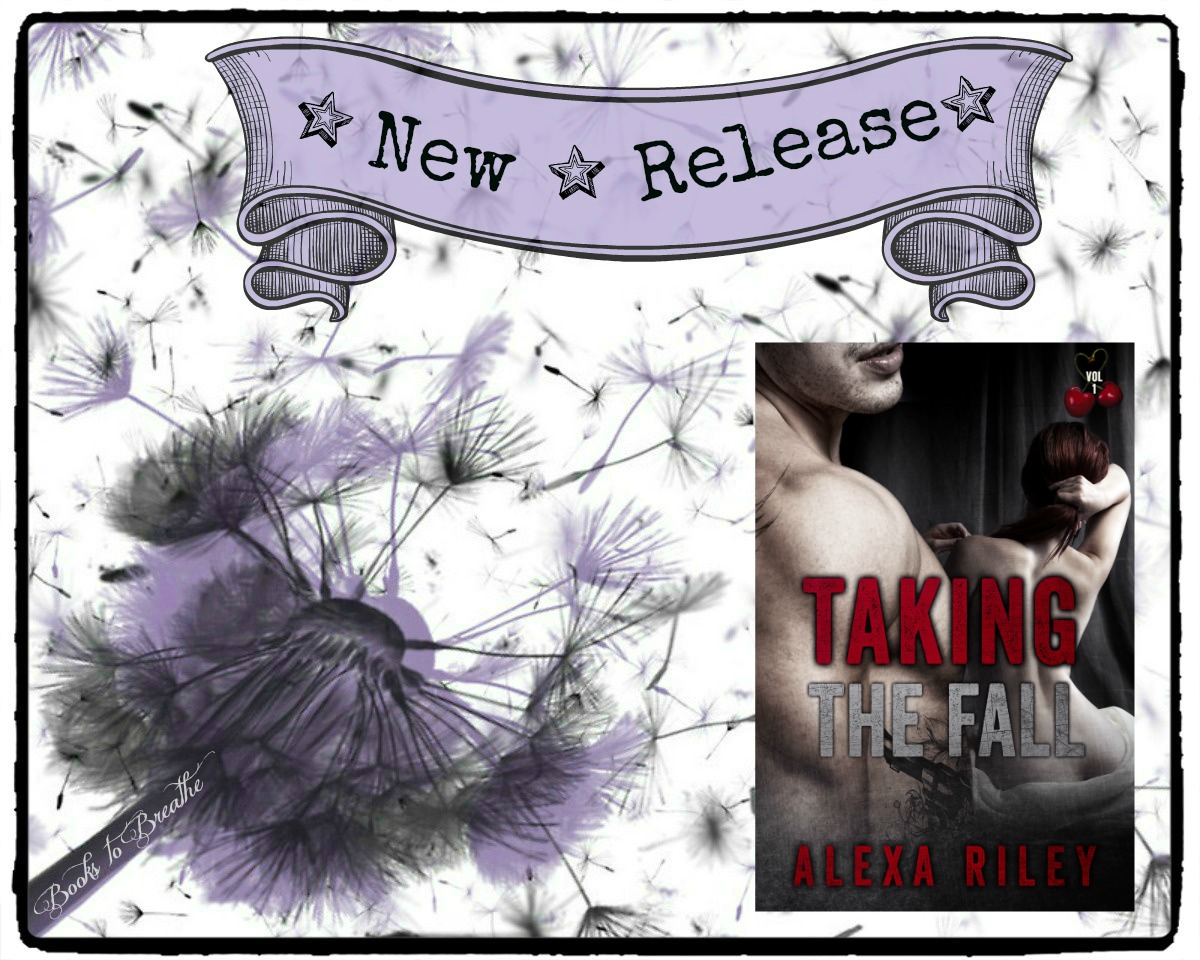 Taking the Fall will have four parts but the cliffhangers are NOT relationship cliffhangers…. The reader knows these two people are going to be together. 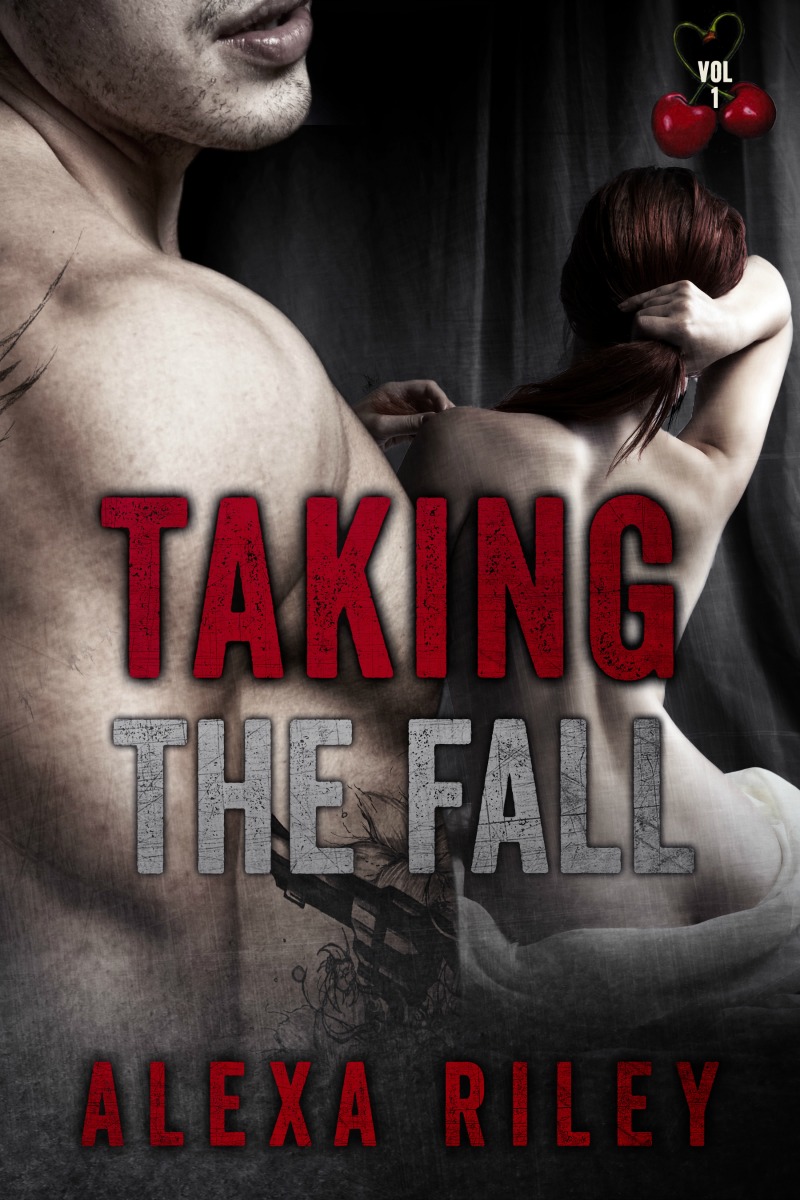 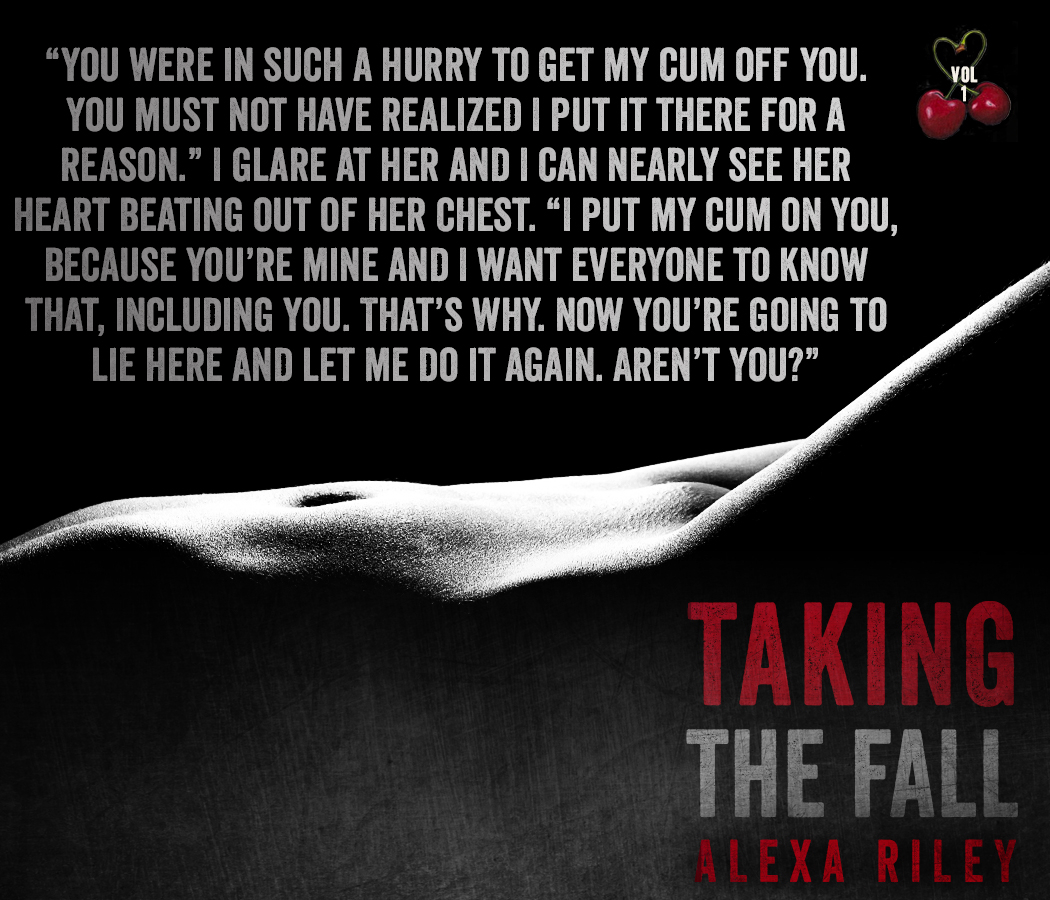 “What the fuck are you doing here, Cherry?” Carter growls and stands up from a metal chair.

I’ve never seen this look on him before. Well, not directed at me anyway. What should I expect though? The man is in prison and has been for four years, and still has another four to go.

I haven’t seen him since that night. The night I can’t remember. The reason I’m here.

“Did you get my letters?” I ask, ignoring his question. I sent hundreds over the years and never once did he respond.

“But…you never…” My words trail off as the force of what he’s saying hits me. He got my letters; he just didn’t care enough to write back. The first ones started off asking what had happened, because I had so many questions. All I have is this giant blank spot in my mind driving me insane. One second I have a perfect life and the next I wake up in the hospital covered in bruises, with my mother missing, along with my bodyguard. Poof! No more Mom and no more Carter. For some reason, the loss of Carter hurt the most. After that my once-loving father turned cold. Others might have called my father cold before on account of his dealings with the dirtier elements of society, but I never thought he was…until now.

“Ever think there was a reason I didn’t respond? I threw them out. I don’t want you here.” Carter has always been blunt and to the point but he was never intentionally cruel, and never with me. He had been my bodyguard for six months before that night. I couldn’t turn around without tripping over him. Anytime I was allowed to the leave house, he was at my side like a shadow.

Shifting uncomfortably, I take him in. He’s huge. I remember him as always being big, but now he seems massive. His six foot four frame looks like it’s been chiseled from stone and could bust the seams of his prison uniform. I don’t recall him having so many tattoos either, but now every inch of exposed skin is covered in them, peeking up around the neck of his uniform. I also don’t recall ever wanting to lick them as I do now.

Slowly moving my eyes back to his face, I see his jaw is hard from clenching it. His eyes lock on mine, so green they almost look like colored contact lenses. Those blazing emeralds snap away and do a head-to-toe sweep of my body. My breath catches in my throat at the look he gives me. It was hard and deadly before, but now it appears hungry and consuming. He makes me feel naked, completely stripped.

In three long strides he’s in front of me, lifting me into his arms. Caught completely off guard, I gasp. He wraps his free hand in my long hair and pulls my head back, claiming my mouth. My fingers grab the fabric of his shirt and try to pull him closer. I feel like my whole body has just come alive. My body is overcome with all the passion and fervor I’ve felt all these years, but I don’t exactly have any experience to guide me. I’m twenty and I’ve never been kissed. But this doesn’t feel like any kiss I’ve ever imagined. It feels like he’s devouring my body with his mouth, his teeth, his tongue. It feels like Carter is ravishing my soul.

Going to an all-girls’ school kept me sheltered. I even took all my college classes online after I graduated. The only dick that was ever near me was hired by my father. His men were either deadly scared of him or had too much respect for him to touch me—probably a little of both.

I follow Carter’s lead and return his kiss. I’ve wanted this for years. Before he was taken away, I used to try to get his attention and shamelessly flirt with him. I think I was terrible at it because never once did he touch me. I never cared that he was ten years older than I was. I wanted him. I even had this silly idea that if I waited for him, he could be mine. That’s why I wrote him those stupid letters that he clearly didn’t give a shit about. Feeling my anger rush back at the reminder, I go to push at his chest, but we’re ripped apart suddenly. A guard has me in his arms and my feet are still off the floor. It takes three other guards to wrestle Carter down onto one of the tables.

His hands grip the side of the table, his white knuckles betraying his iron grip. “Fuck, Cherry, never thought I was the jealous type,” he says, his voice rough with a touch of fury and possession. “Until you.” His glare moves to the guard holding me. “Now get your fucking hands off her.”

I’m stunned by his words. He’s pinned to a table by three guards and he’s giving orders? I guess some things never change.

“Get. Them. The. Fuck. Off,” Carter barks again as he starts to rise from his position, even as the guards try to push him down.

“This is my prison, Carter. You may get some leeway because of who you are, but there are cameras in here,” the guard holding me says as he places me back down on the floor.

“I just came for answers,” I whisper, hoping he doesn’t catch on to my lie. I want answers, but I want him more.

“I got no answers for you here. I don’t want to see your little ass in this place again, Cherry.” ‘Cherry’, the name used to make me smile. Now it’s starting to piss me off.

“Says the man who just had his tongue down my throat,” I shoot back, feeling my anger boil over. Hell, I shouldn’t have said that. I don’t want him to know I care, but how can he not after receiving all those stupid letters? Letters that had started off as questions but slowly turned into a diary. I sent him my every thought. But, as time went on, they morphed into love letters to him. Maybe he doesn’t know what they contained. Maybe he threw them out before reading them. I’m grasping at straws. He may not know it, but he is all I have left.

After my mother disappeared, my father turned as cold as she had been. I had always been a silly child who just got in my mother’s way. She was too busy going to events and maintaining an image to devote any time or attention to me. I can still remember her offhand comments about my weight and frenzied red hair. I just always seemed to be in her way—a disappointing nuisance. Now my father can barely look at me. Does my father love me? Yes, I believe so. Family is everything to him. But does he show it? Can I feel it? Not anymore. Now I’m put away on a shelf, having to sneak away to come here.

“I haven’t felt a woman’s body in years, can’t blame a man for taking opportunities as they arise,” he says cockily as the guards slowly let him up. He drops down into a metal chair. He seems completely unfazed by what has just happened. I guess that was all it was to him—a man needing a fix. He didn’t possess my mouth, my soul for those few moments because he needed to touch me. No one touches me.

“I see I don’t have anyone now. Looks like I can go,” I say flatly, all emotion leaching from my voice. Hell, if no one else wants to show me any tenderness, why should I give any?

“Good. Get gone,” he snarls through clenched teeth, but I see his eyes soften for an instant before being replaced by his usual stoniness. Or maybe I’m trying to convince myself and it was never there.

Pulling the picture I have from my pocket, I let it drop to the floor and I take one last look at the man I’ve been thinking about every night for the past four years. I don’t want the reminder of him anymore if he doesn’t want me.

I’m done living in a world that seems to feel nothing while I feel everything.

I have the quarter million I took from Daddy’s safe before I gave the guards the slip. I’m starting my life over, a life with no more holes in it, a life where I can find people who want to feel with me.

I turn to make my way to leave. Behind me I hear Carter rise from his chair, the metal scratching across the concrete floor. Opening the door to leave, I toss my final words over my shoulder. “Don’t you worry, Carter. No one will be seeing me around anymore.” The door slams behind me and I hear all hell break loose on the other side.

I square my shoulders and keep on walking. I only have one feeling in my heart now. 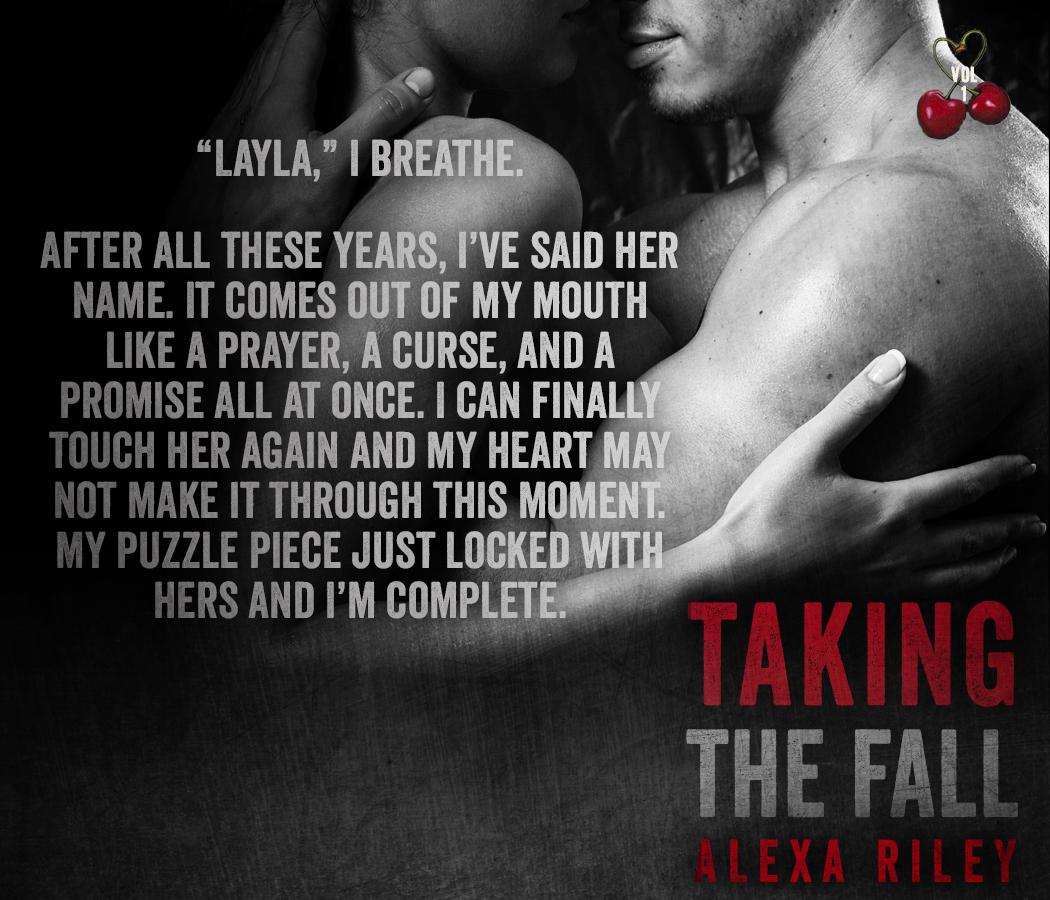 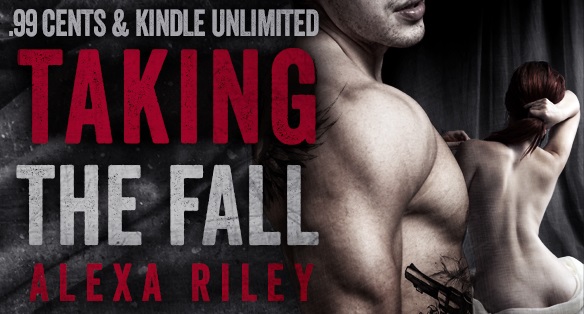 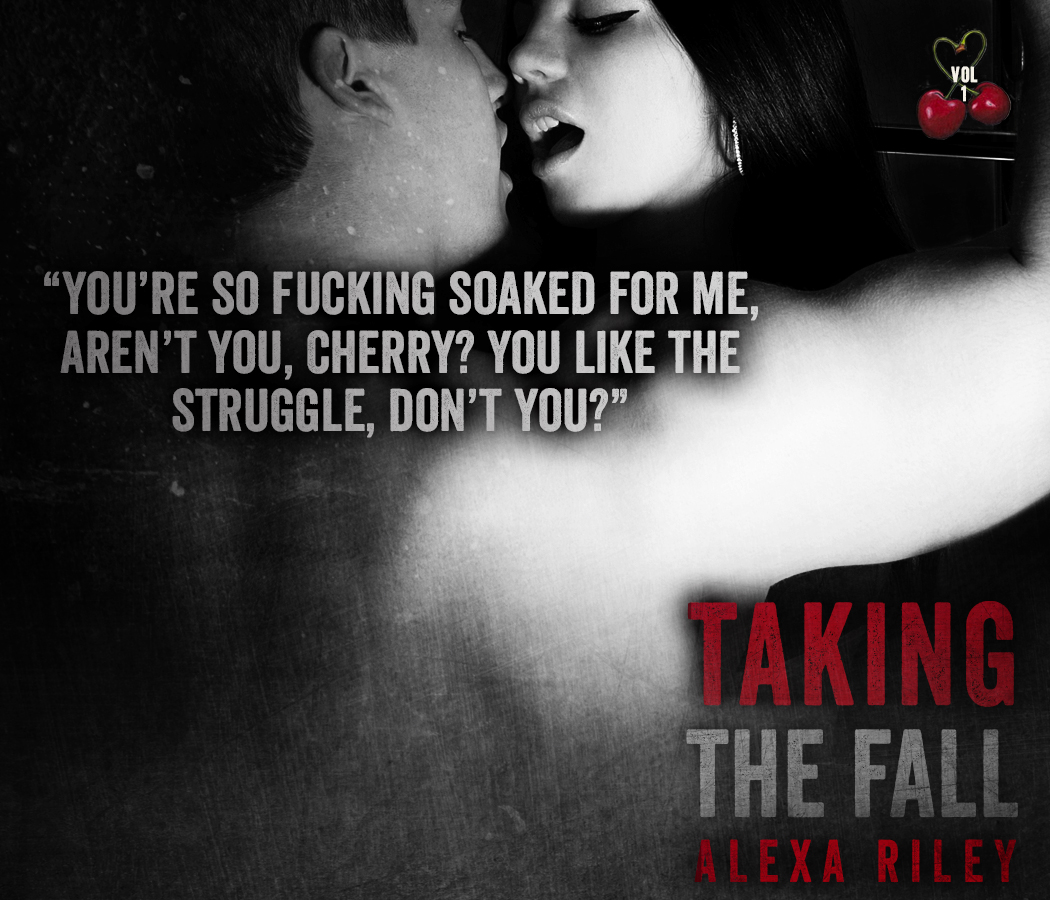 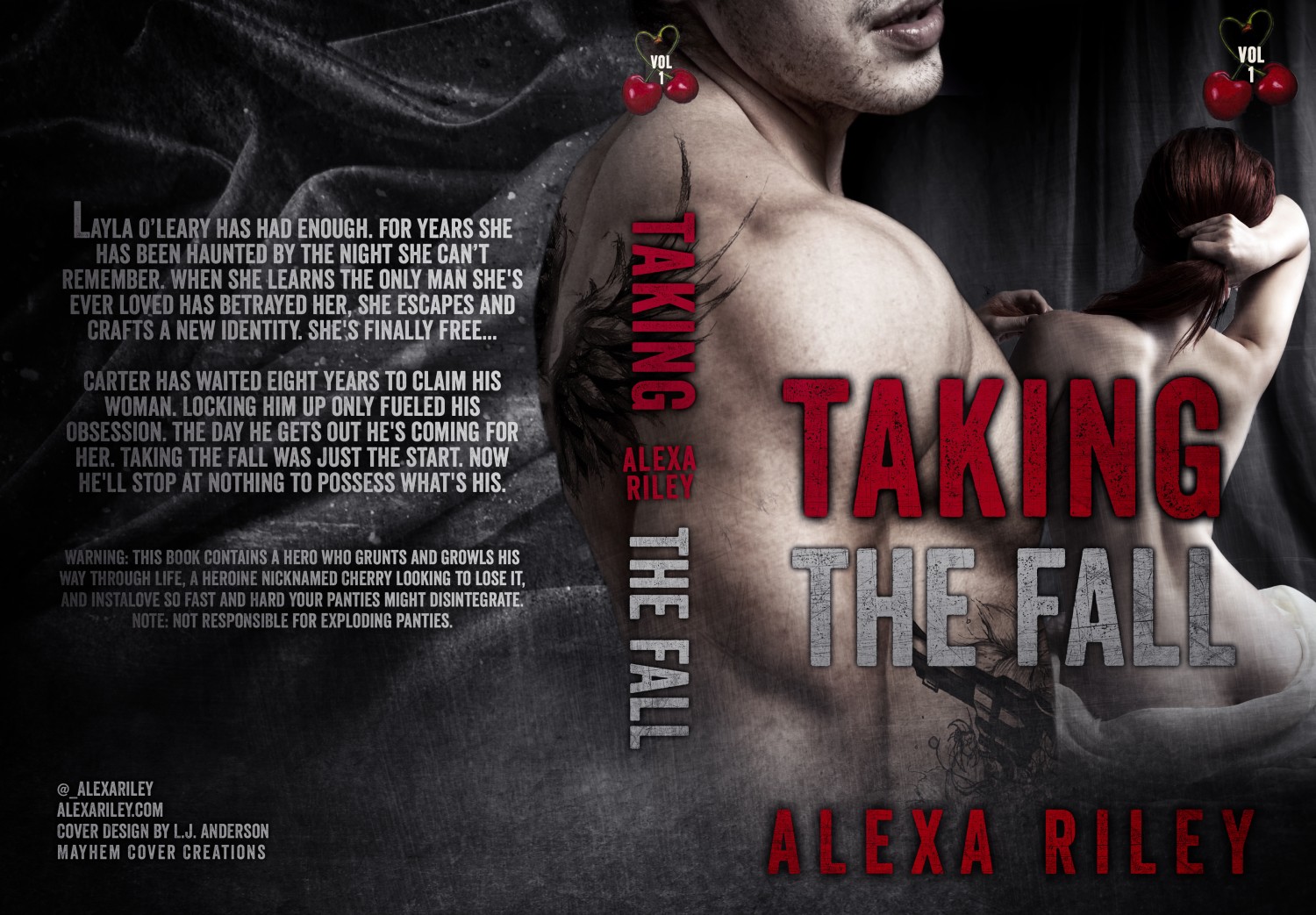