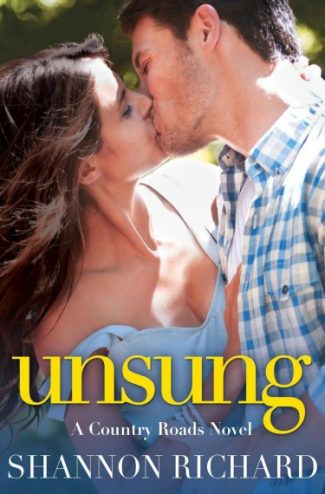 One night in Nashville.

Harper Laurence has been jilted on her way to the altar. Desperate for some time away from her friends and family, Harper takes off for Nashville-only to meet a hot, scruffy, tattooed stranger. A man she liked a little too much, and who left her the teeniest bit . . . well, pregnant.

Liam James is an up-and-coming country musician, who just found his muse. Ever since their weekend together, Liam hasn't been able to forget the curvy, vivacious woman who left him wanting more, even as she inspired some of the greatest songs he's ever written. He's determined to convince Harper that he's the guy for her . . . and that the best love songs can never be unsung. 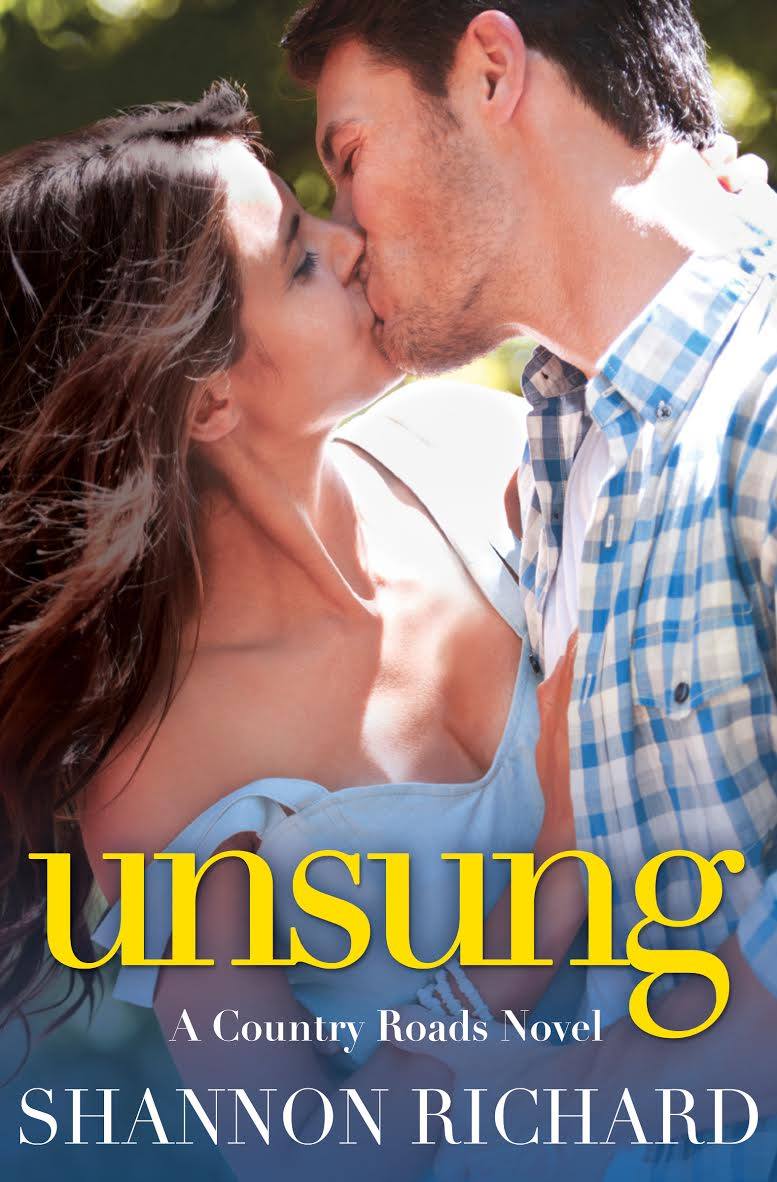 Her purse flew into the air, hitting the floor with a thud. She clutched her chest and spun around. Liam was leaning back against the counter, her bra dangling from his forefinger, swaying just slightly in the air.

Okay, yes it was true that she’d gotten to see his body up close and personal the night before, but there was something to be said about seeing it in the daylight. Actually there was a lot to be said about it. She just couldn’t do that much talking as her brain had temporarily short-circuited.

He was wearing nothing more than a pair of black boxer briefs and a smile, his washboard abs giving her the strangest urge to do laundry. She looked like death warmed over and he looked…well, glorious.

“Your bra wasn’t the only thing that you forgot either. I don’t get a goodbye, Harper?”

“I figured it would be better,” she said as she reached up and attempted to smooth her hair. She had no doubts that she did not succeed.

He leaned back against the counter and folded his arms across his chest, her bra now hanging at his side. “Better for whom?” His mouth quirked to the side, making him look infinitely sexier.

“Look, we don’t have to do this whole awkward morning after thing,” she said making a gesture between the two of them.

“Perfect.” He nodded his head as he reached up and scratched his beard, the sound of his nails on his scruff reached her ears from across the room. He used the hand that was still holding her bra and it swayed with the motion, taunting her like a freaking red flag…even though it was navy blue.

“Then I’ll just get going.” She took her eyes off of him, so not an easy thing to do, and went to grab her purse on the floor.

“What?” Her head came up and she straightened.

“Why are you leaving?”

“I thought we just established this.”

“No, we established not having the awkward morning after thing. We never established you leaving,” he said shaking his head.

“Do you plan on making this as uncomfortable as possible?”

“I was thinking about it. But if you head out that door I think you’ll make yourself plenty uncomfortable all on your own.”

“How were you planning on getting back to the bar?”

“It’s three miles to the main road, and another five to the Secondhand Guitar. And as you don’t know where you are I would imagine it would be difficult to call a cab. Also I don’t think you’d get far walking on those shoes of yours before your feet started to kill you.”

“Well, isn’t this the perfect setting for a horror movie.”

A laugh escaped his mouth and he shook his head. “I was actually going for the perfect setting for a romantic comedy. Boy meets girl, boy takes girl home and gives her multiple orgasms, boy makes girl breakfast the following morning.”

Okay, she was going to ignore the romantic comedy comment. “Look Liam, last night wasn’t something that I’ve ever done before. I’m not the kind of girl who goes home with men I just met.”

He tilted his head to the side and his grin somehow widened. “See, we have something in common. I don’t go home with men I just met either.”

The corner of her lip twitched despite herself.

“It this something you do for all of the girls you have one-night stands with?” The question was out of her mouth before she thought better of it and she inwardly cringed at her words. She was that girl. The one-night stand girl.

His head straightened and he studied her for a second, the humor in his eyes gone. “First of all, I’ve never made breakfast for any girl that I’ve brought home. And second, I wouldn’t classify you as a one-night stand.”

His words had her coming up short again. She couldn’t get her brain to connect with her mouth to say anything.

“Let me cook for you, Harper. Then I’ll take you wherever you want to go.”

It was on the tip of her tongue to say no, to ask that he just drive her back now. She wasn’t sure what it was, the fact that he hadn’t called her a one-night stand or the intensity in his gaze, because the word “okay” slipped past her lips. And judging by the look on his face, she wasn’t the only one shocked by it.

“Good.” He pushed himself off the counter and crossed the space to her, reaching out to hand her the bra when he was close enough. When she grabbed it he didn’t let go. His green-gold eyes focused on hers as his free hand slipped around her waist and he moved in closer. “I’m going to kiss you now.”

He hesitated for just a moment, giving her a second to object…but just like the night before she found herself objectionless. She couldn’t think straight around this man, not when he was speaking, or looking at her, or breathing in her general direction. And now he had his hand on her, his mouth just inches from hers.

She gave a small nod before he lowered his head. His lips gently brushed hers and his fingers tightened at her hip bringing her flush against his body. She couldn’t stop herself from sighing in pleasure and the second her mouth was open he took full advantage, dipping his tongue inside. She wasn’t the only one who’d taken a moment to freshen their breath either and he tasted so damn good.

And just like that her palms were flat on his chest, like they had a mind of their own. Yup, her ability to think straight was obliterated when he was around…but maybe thinking straight was entirely overrated. 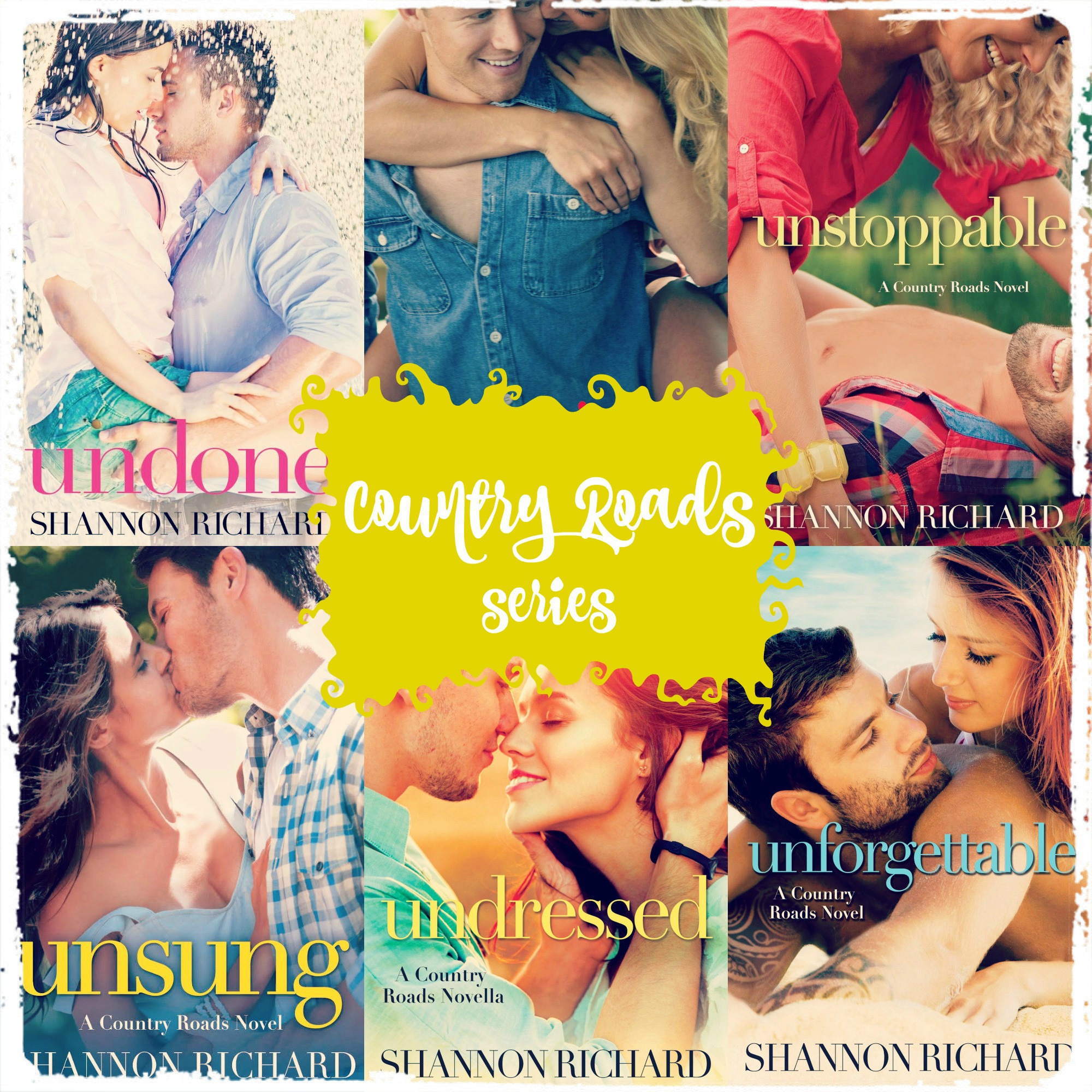 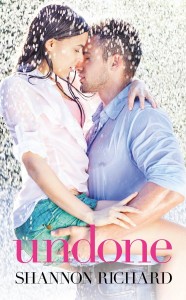 Why wearing red shoes makes a girl a harlot
Why a shop would ever sell something called “buck urine”
Why everywhere she goes, she runs into sexy-and infuriating-Brendan King

After losing her job, her apartment, and her boyfriend, Paige has no choice but to leave Philadelphia and move in with her retired parents. For an artsy outsider like Paige, finding her place in the tightly knit town isn’t easy-until she meets Brendan, the hot mechanic who’s interested in much more than Paige’s car. In no time at all, Brendan helps Paige find a new job, new friends, and a happiness she wasn’t sure she’d ever feel again. With Brendan by her side, Paige finally feels like she can call Mirabelle home. But when a new bombshell drops, will the couple survive, or will their love come undone? 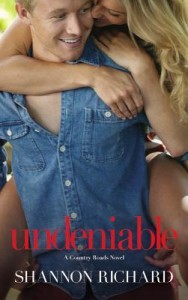 Their love was undeniable.

Grace King knows two things for certain: she loves working at her grandmother’s café and she loves the hunky town sheriff. She always has. As she bakes him sweet treats, Grace fantasizes about helping him work up an appetite all night long. But whenever she thinks she’s finally getting somewhere, he whips out some excuse to escape. Growing up, he never looked twice at her. Now Grace won’t rest until she has Jax’s undivided attention.

Jaxson Anderson can’t deny that his best friend’s kid sister is the sexiest woman in Mirabelle, Florida. Unwilling to burden Grace with his painful past, Jax keeps the sassy blonde at arm’s length. Yet one heated kiss crumbles all of his carefully built defenses. But when a town secret surfaces, threatening to destroy everything they believe in, can the man who defended Grace from bullies as a child protect her now? 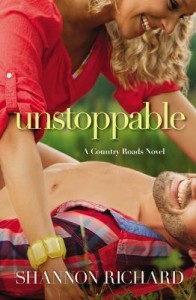 Melanie O’Bryan knows life is too short to be afraid of taking chances. And former Air Force sergeant Bennett Hart is certainly worth taking a chance on. He’s agreed to help her students with a school project, but she’s hoping the handsome handyman will offer her a whole lot more. Yet despite his heated glances and teasing touches, Mel senses there’s something holding him back…

Bennett Hart is grateful to be alive and back home in Mirabelle, Florida. Peaceful and uncomplicated-that’s all he’s looking for. Until a spunky, sexy-as-hell teacher turns his life upside down. After one smoldering kiss, Bennett feels like he’s falling without a parachute. But with memories of his past threatening to resurface, he’ll have to decide whether to keep playing it safe, or take the biggest risk of all. 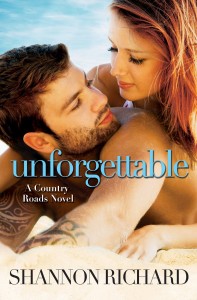 One long, hot summer would never be enough…

Attorney Hannah Sterling lives a life she’s worked hard for. So when she unexpectedly inherits an inn, Hannah decides to take that long overdue holiday and settle her eccentric grandmother’s estate. She knew there would be challenges, but what’s hardest about returning to Mirabelle, Florida, is facing the man who gave her the most passionate summer of her life-and then broke her heart.

Nathanial Shepherd never forgot the redheaded goddess who lit up his world and got away. Now that she’s home, Shep vows to make up for their years apart-and if the fire in her kiss is any indication, they’re well on their way. But when a devastating secret from their past threatens their future, Shep must fight to heal Hannah’s heart. Because this time, their love will truly be unforgettable… 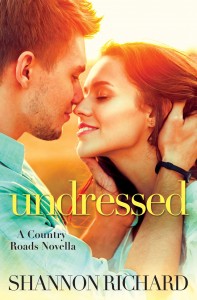 Publicist Abby Fields’s career is on the rise. And with failed romances in her past, she has no time for men. When a job opportunity opens up with a sports team in Florida, Abby eagerly packs up and heads south. Yet after a work event in Mirabelle, Florida, Abby finds herself in the arms of a hockey player whose heartstopping smile leads her to the steamiest night of her life…

Logan James is hot on and off the ice. With his team on an epic winning streak, life couldn’t get better… until he meets Abby, the fiery redhead assigned to protect his team’s image. Now Logan’s finding it difficult to concentrate on anything other than getting Abby undressed. But after a secret is leaked to the press, the taste of betrayal opens old wounds. If they can’t learn to trust each other, they may risk losing more than their hearts.

Shannon Richard grew up in the Panhandle of Florida as the baby sister of two overly protective but loving brothers. She was raised by a more than somewhat eccentric mother, a self-proclaimed vocabularist who showed her how to get lost in a book, and a father who passed on his love for coffee and really loud music. She graduated from Florida State University with a bachelor’s in English literature and still lives in Tallahassee, where she battles everyday life with writing, reading, and a rant every once in a while. Okay, so the rants might happen on a regular basis. She’s still waiting for her Southern, scruffy Mr. Darcy, and in the meantime writes love stories to indulge her overactive imagination. Oh, and she’s a pretty big fan of the whimsy. 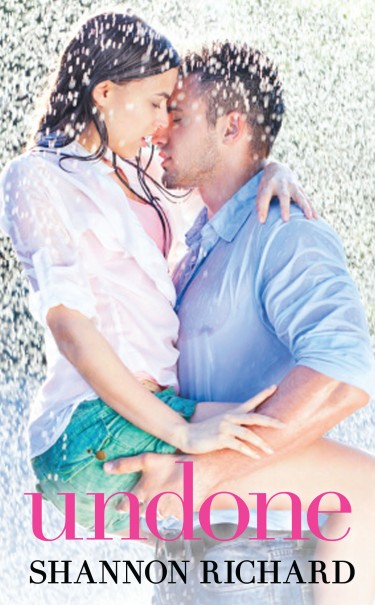