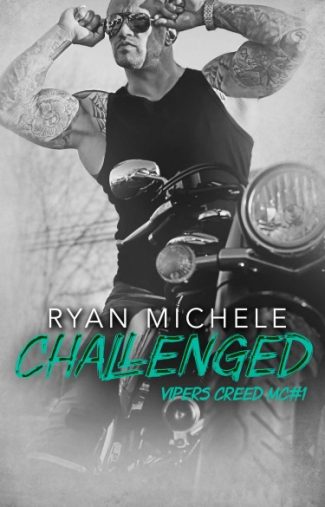 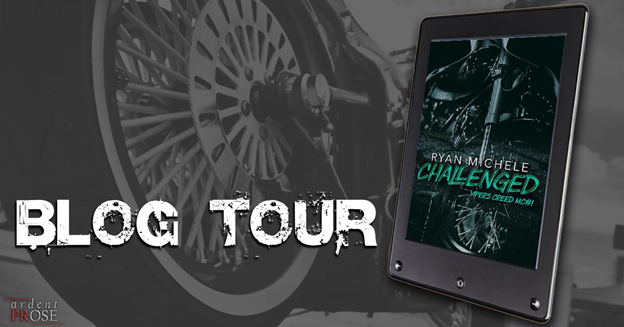 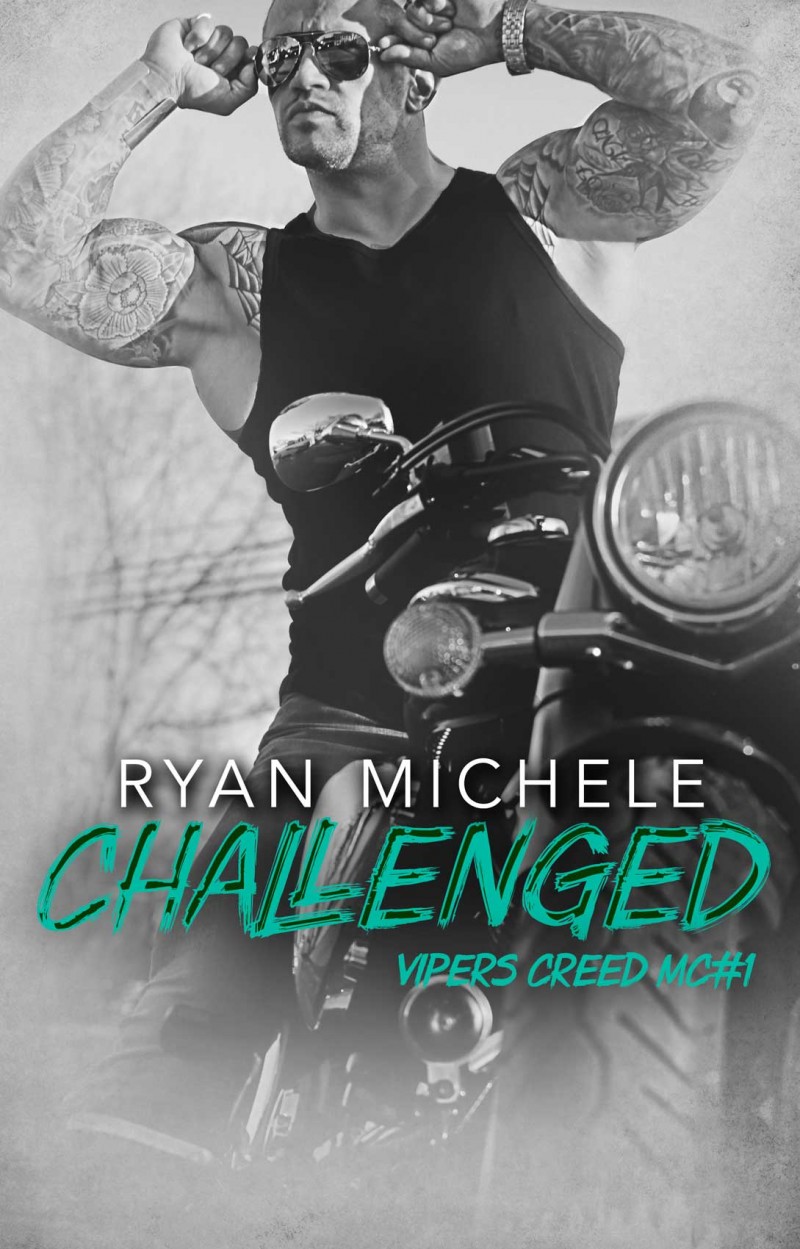 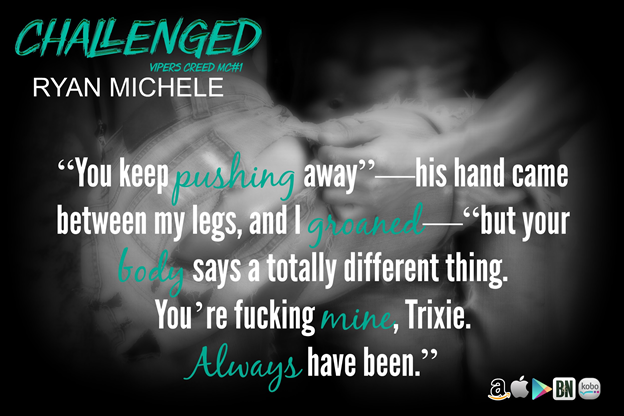 I woke to a very cold bed. My hand reached out, touching nothing. I listened, but I didn’t hear a sound. It surprised me. I usually slept lightly, never knowing when I needed to be on guard. Something about being in bed with her, having her cuddled up to me, had me sleeping like a fucking log.

Rolling out of bed, I grabbed my pants and shirt, throwing them on along with my cut, socks, and boots. I walked down the hall of the little ranch house.

“Trixie?” I called into the nothingness.

I looked through the house, but she was nowhere. The little minx jumped out on me.

A piece of paper on the table had a large scrawl on it.

I had shit to do. Lock the bottom lock when you leave. Please don’t come back.

I chuckled. Woman had no fucking clue who she was dealing with. Oh, I’d be back … tonight or this afternoon. I hadn’t decided yet.

“You get anywhere with Cade?” Jett, my assistant asked as she plopped down in the chair in front of my desk.  She had a beauty that pulled everyone in and curves that made me insanely jealous. Her long, dark hair laid pencil straight, and her eyes were a blue that looked almost gray in different lights.

My stomach fell at her question, reminding me of last night. I couldn’t believe I fucking slept with him. Not just fucked him, but showered with him, fell asleep with him … woke up in his damn arms. Sneaky bastard.

I could still feel him between my legs. Hell, I even had phantom feelings of him inside of me. He’d had a lot of practice. I knew he had because I had heard all about it. And I wasn’t any better than one of those paid hookers.

Fucking moron. My reasons had sucked before. They meant shit now.

I wanted to pass off the night as being just another booty call, a way to fuck each other out of our systems, but both were a flat out lie. Last night was so much more than anything Taylor, or any of my other weak-ass booty calls, and I had ever been.

The rawness in his eyes captivated me. God, his eyes … I could see so much more in them last night. More than I’d ever thought I would see. But I was just fooling myself. I wouldn’t go back fifteen years to fall for the bad boy again, just to get my heart smashed all over again.

Mortification didn’t even cut it when it came to describing how I felt. Weak. Pathetic. I gave in, letting him have that power over me with his smooth talking and fantastic bed skills.  Plus, he had looked sexy as hell in his leather and jeans. To see him on a motorcycle, too, was just a recipe for disaster. And I had just spread my legs, begging for him to give it to me. Dammit.

Although I was dead serious in the note I left him this morning, it felt really odd to leave it for him in my own house. Nevertheless, I couldn’t stay and deal with the morning after shit. One look and I would have let him inside my body again. I would have let him take me over and over until I really couldn’t walk. Now that I knew how much he had grown, let alone changed in the bedroom, it would be more difficult than ever to say no to him.

I had to remember Cade crushed me. My first love left me to pick up the pieces of my torn heart. I couldn’t go back to the me from that time.

“He doesn’t know if Nanette is there.” I decided to leave out the whole him fucking my brains out bit. I wouldn’t open up that can of worms. I told Jett all about Cade one night after way too many shots of tequila. Regardless, the less people who knew about the now, the better. 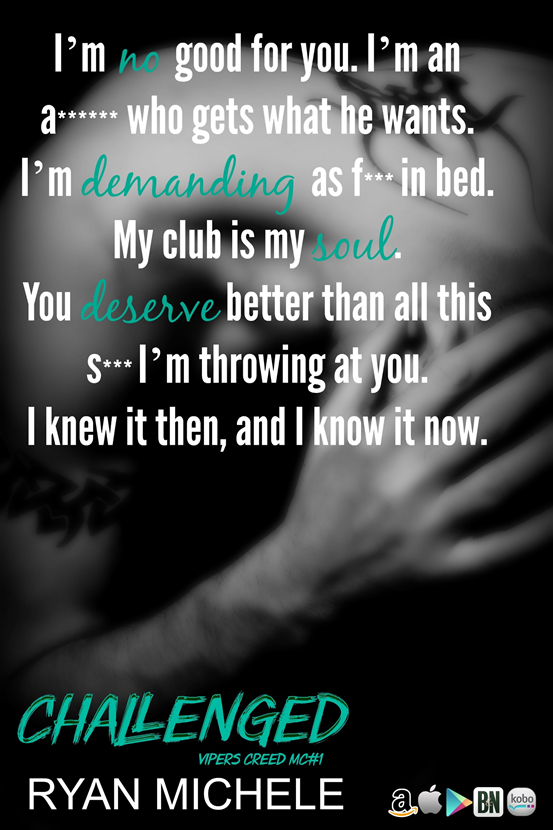 Eons ago, I read the first books this author published, and while I liked it, I wasn’t blown away. Well, a few years have passed since then and since I have an inability to pass up a MC book, I gave her another shot. I’m so glad I did because she’s grown leaps and bounds from where that first book was and I couldn’t turn the pages fast enough. One of my favorite themes in a book is a second chance romance. The only thing better than that is when there’s a secret kid involved, not that that happened in this story, but that’s my ultimate book fantasy. Something about these characters had me falling in love with them within the first few pages. While I wish the book would have been longer, I felt like the key points were made and there was adequate time to fully understand the characters and introduce all the players in this new series. My only qualm is that I wish the last 15% of the book would have gone into more detail. It felt a tad rushed, but as this is the first book in a new series, I am holding out hope that the situation that evolved will be better delved into in future books, especially after the cryptic message we were left with after the epilogue.

I love a strong alpha male with an edge and heart worth fighting for. Cade personified that in spades and was a true leader of his brothers. He was very take charge, always in control of every situation surrounding him. I loved how Trixie was truly his counterpart; his equal. Contrary to how it may come off to some, she didn’t allow him to walk all over her. She stood her ground, but also understood when to let go and give in to their connection. It’s hard to explain just how much I loved these characters and I can’t wait to see which ones get the starring role in the next book! Excellent start to this series! 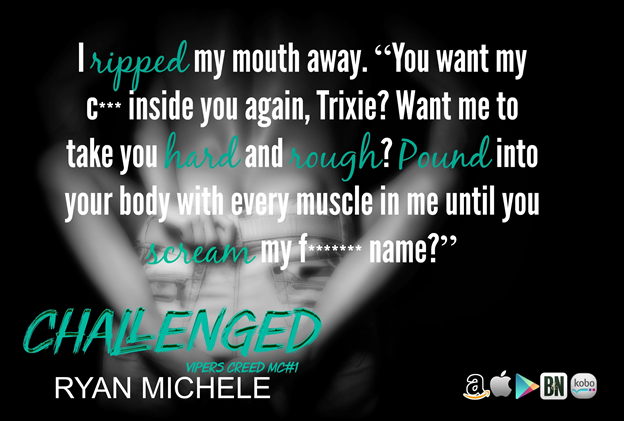 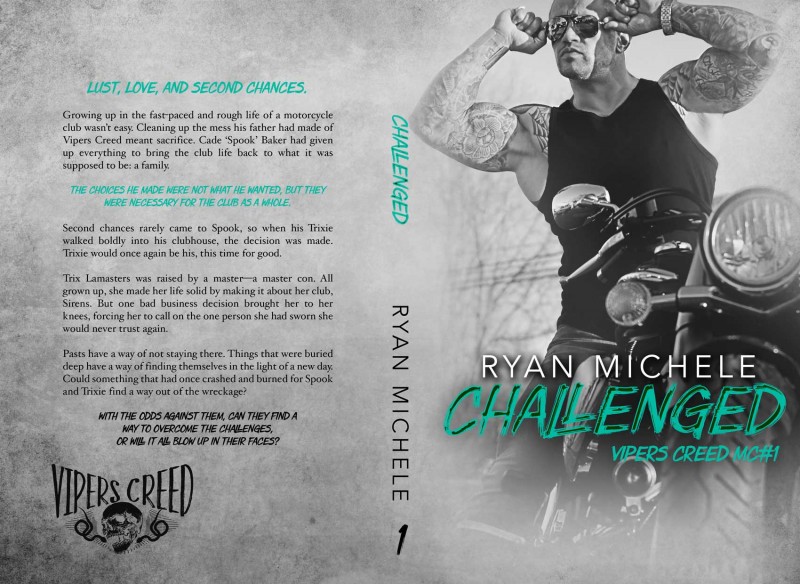