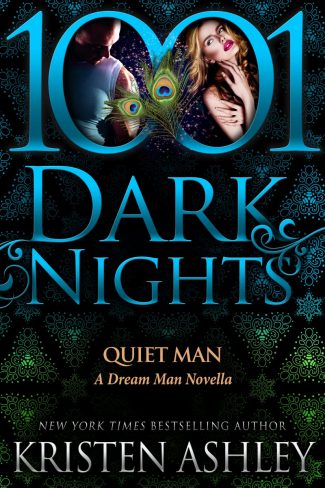 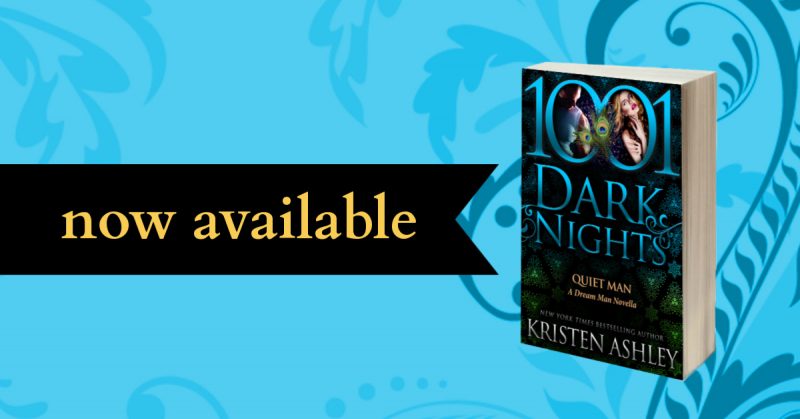 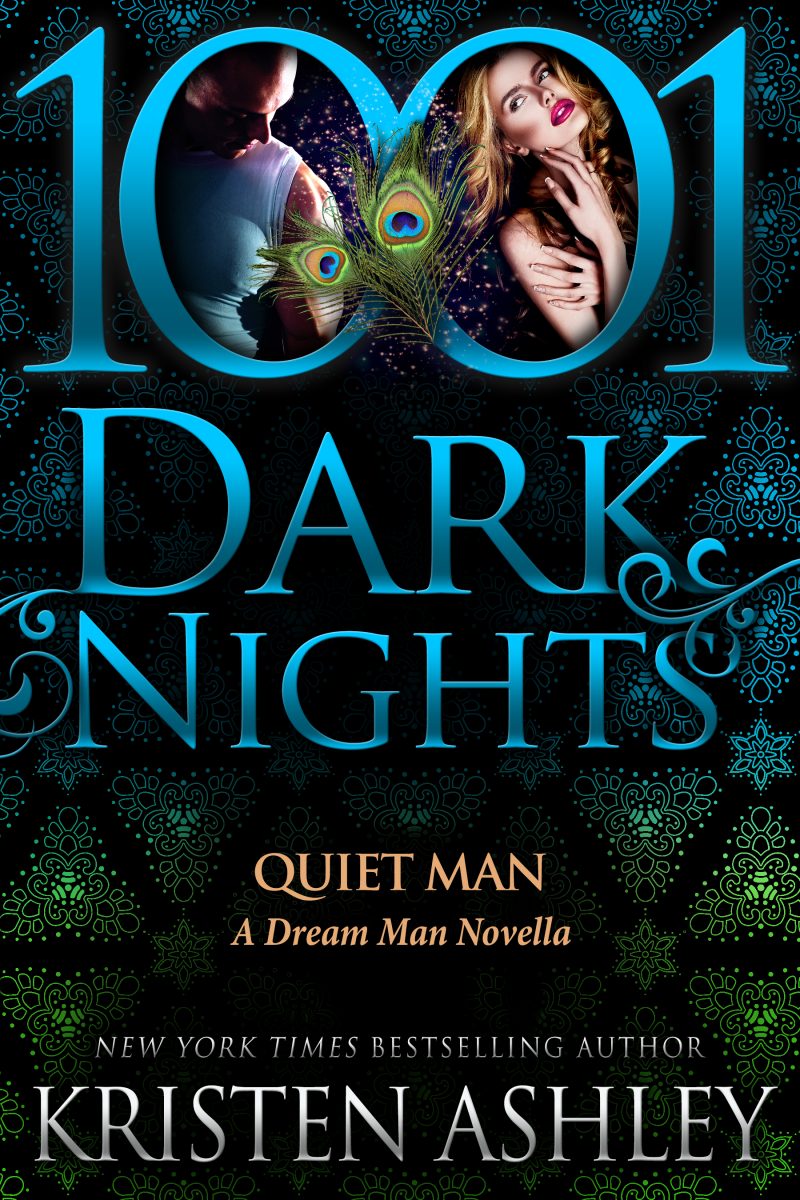 Just as phenomenal as I thought it would be. Lottie and Mo were the perfect segway between the Rock Chicks, Hot Bunch and the Commandos. She was the glue I never knew I needed, and the icing on the cake was more Tex. Besides the effortless love story between her and Mo, Quiet Man was the ideal backdrop to be a backdoor pilot of such for Ashley’s upcoming Dream series, a spin-off of her beloved Dream Man series.

I loved being a fly on the wall for all their interactions with characters we’ve fallen in love with over the years. My only complaint is it was over far too soon, but I’m just greedy like that. I loved their love, their silent communication, and how they just got each other. I could feel their passion for each other and everything in their lives bleed through the pages and I never wanted it to end. 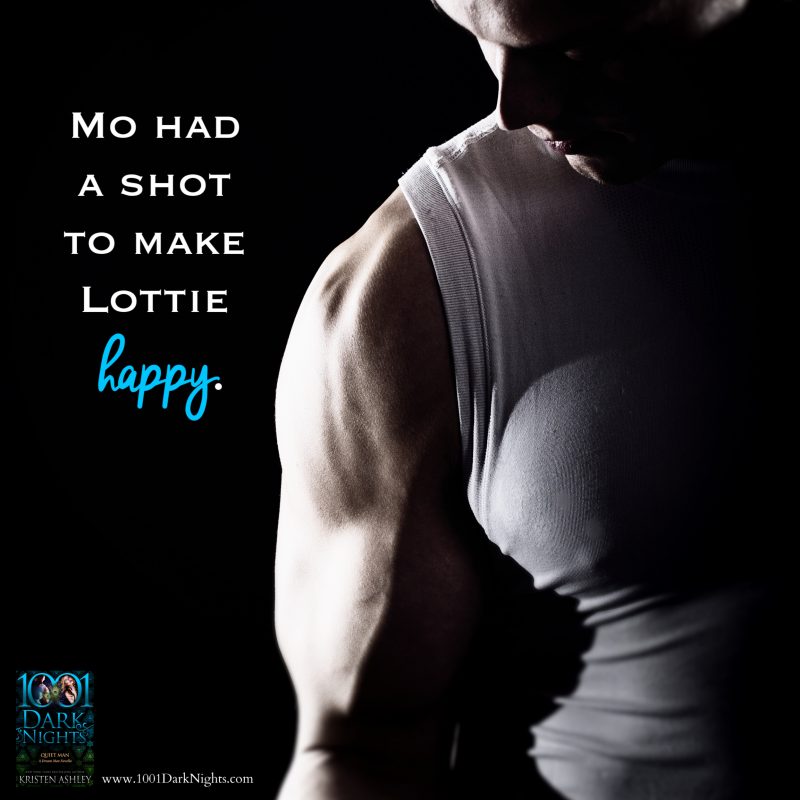 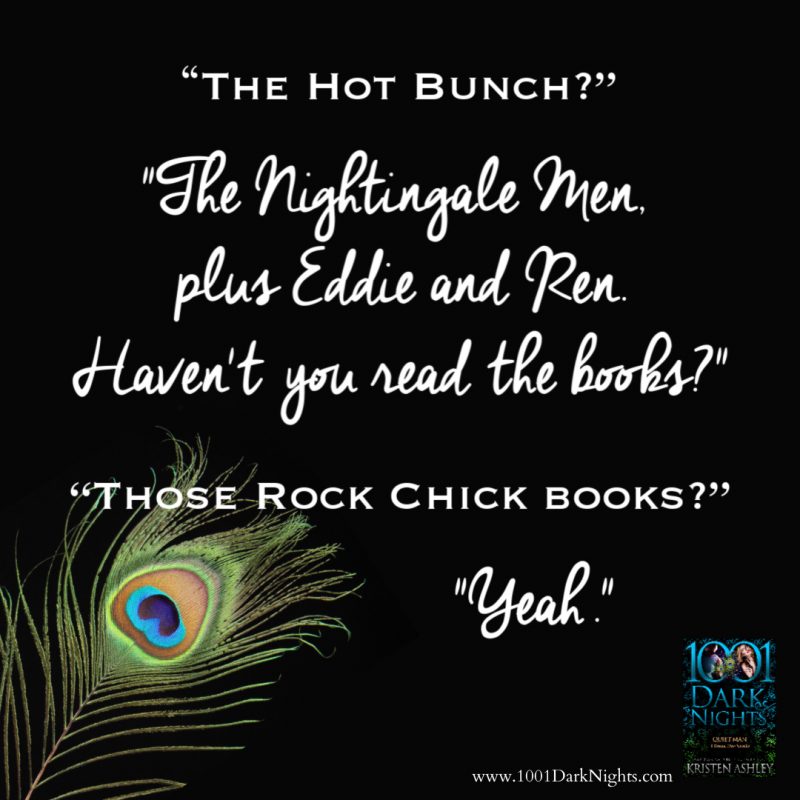 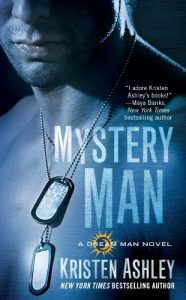 Night time is the right time…

Gwendolyn Kidd has met the man of her dreams. He’s hot, he’s sexy, and what started as a no-names-exchanged night of passion has blossomed into a year and a half-long pleasure fest. Sure, it’s a little strange that he only appears in her bed at night, but Gwen is so sure he’s the one, she just can’t turn him away…

Hawk Delgado knows more about Gwen than she could ever imagine. She’s gorgeous, headstrong, and skittish about relationships. But Hawk is facing his own demons, demons that keep him from connecting with anyone. Yet when Gwen is drawn into Denver’s lethal underground scene, Hawk’s protective nature comes out full force. The problem is, when Gwen gets a dose of Hawk’s Alpha attitude in the daylight, she’s not so sure he’s the one anymore. 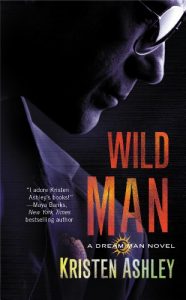 She’s about to walk on the wild side…

While filling the display case in her bakery, the bell over the door sounds and Tessa O’Hara looks up to see the man of her dreams. Within thirty seconds he asks her out for a beer. But after four months of dating, she discovers he’s an undercover DEA agent-and he’s investigating her possible role in her ex-husband’s drug business. For Tess, this means their relationship is over.

Brock disagrees. He’s committed to his anti-drug mission, but he’s fallen in love with the beautiful woman who’s as sweet as her cupcakes-and he’ll do anything to win her back. Standing between Tess and Brock are their own exes, one of them a drug lord who’s determined to get what he wants. Now as danger threatens, can Brock break the rules he’s lived by and let loose his wild side to protect the woman he loves? 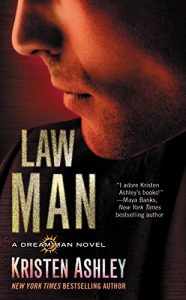 Love is just around the corner…

Sweet, shy Mara Hanover is in love with her neighbor. For four years, she has secretly watched her dream man from afar. Handsome police detective Mitch Lawson is way out of her league. She’s a girl from the wrong side of the tracks, and there’s no way a guy like Mitch would want anything to do with her. But when Mara has a leaky faucet that she can’t fix, it’s Mitch who comes to her rescue.

Mitch has been eyeing his beautiful neighbor for a long time. He jumps at the chance to help her, and soon their formerly platonic relationship gets very hot and heavy. But when Mara gets a disturbing phone call from her cousin’s kids, she gets pulled back into the life she’s tried so hard to leave behind. Can the hot law man convince Mara to let go of her past-and build a future with him? 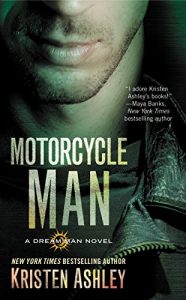 Get ready to ride…

Tyra Masters has had enough drama to last a lifetime. Now, she’s back on track and looking forward to her new, quiet life. Until she meets the man of her dreams. The tattooed, muscled biker plies her with tequila-and the best sex of her life. She knows it isn’t the tequila and hot sex talking. He’s the kind of man she’s always wanted. Unfortunately, he’s also her new boss…

Kane “Tack” Allen has a rule. He doesn’t employ someone he’s slept with. So when he learns he spent last night in bed with his new office manager, he quickly fires Tyra. Yet when Tyra stands up to him and fights for her job, Tack is intrigued. He tells her she can keep her job on one condition: no more sex. Ever. But as things heat up between them, Tack finds that he’ll be the one breaking all the rules…