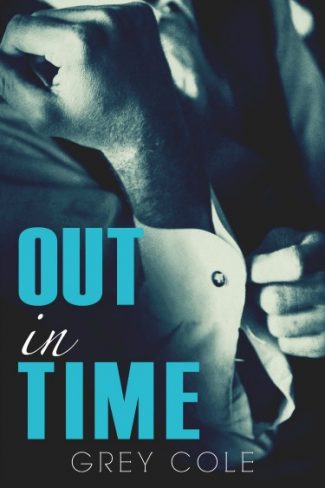 A closeted football star. An out and proud photographer. And a road trip.

Wade Truman had grown accustomed to admiring Heath Taylor from afar. Now, years of denying himself and the irresistible Heath are wreaking havoc on Wade’s resolve. The odds are stacked against them … they’re graduating college soon. Wade just signed a multimillion dollar football deal—thrusting him even further into the spotlight. Not to mention, what would the gorgeously refined Heath want with a small town jock boy like himself anyway?

Heath grew up privileged, accepted, and out. And the two hells he swore he would never put himself through—crushing on a straight guy and being anyone’s dirty little secret—have presented themselves in one sweet talkin’, dream hauntin’ package. One weekend with Wade, and Heath’s sure the devil himself has come a-knockin’.

Out in Time  is live!

Meet Wade and Heath in this sexy stand-alone novella! 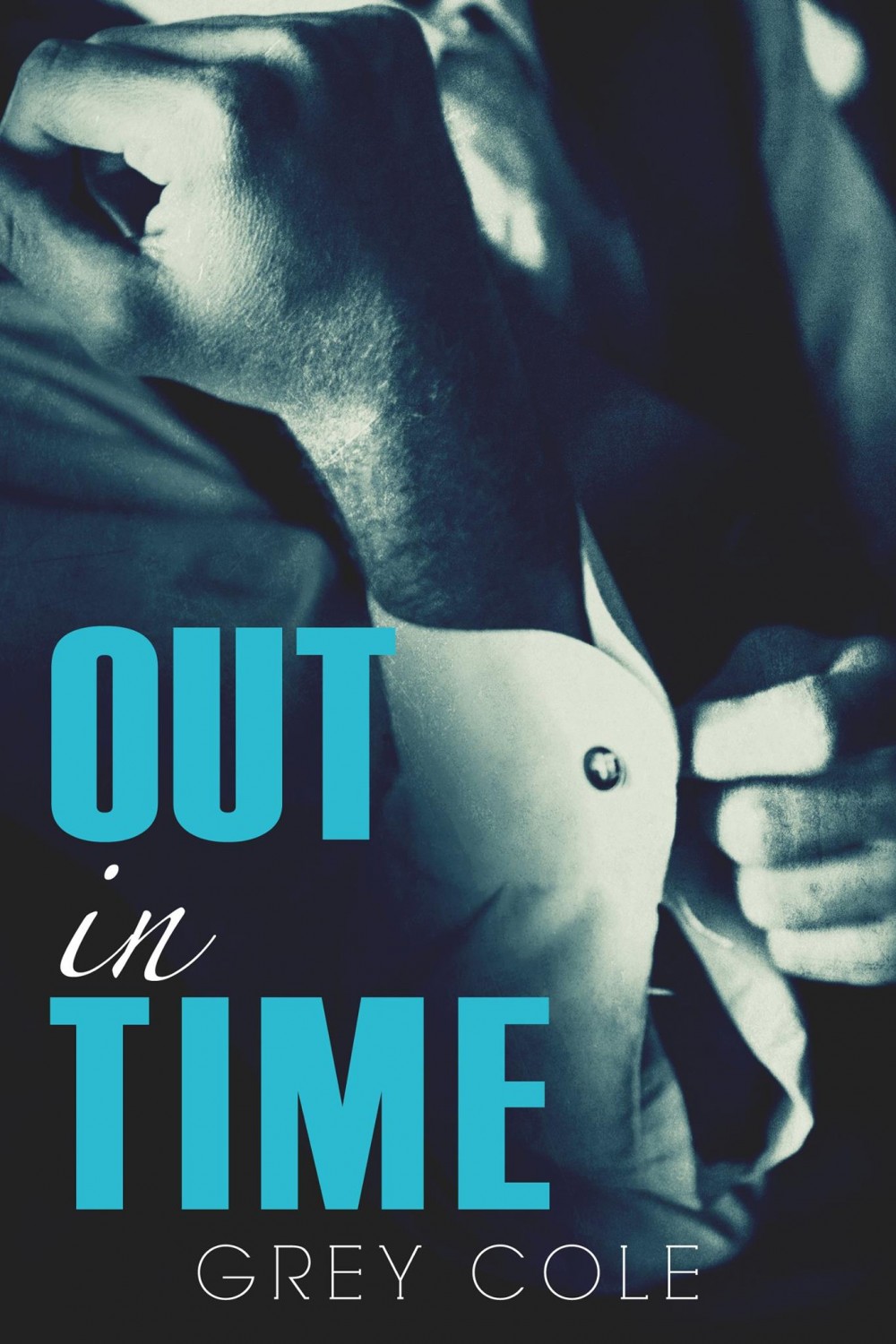 “Nope, my turn. Dare,” Heath demanded. “I dare you to show me something embarrassing. Something stupid you do that no one knows about.”

Wade thought for a moment. He didn’t do anything stupid. Well, he didn’t think he did. “Like what?”

“Hmm … well, you can’t use this against me later, but something stupid I do is dance around in my room. Wearing just my underwear.”

“A lot of people do that. That’s not stupid.”

“To One Direction?” Heath added with a wry grin.

A lock of that soft, brown hair fell across Heath’s forehead, and Wade longed to brush it away. “See, that makes it not stupid.”

“You’re deflecting. This is your dare. Not mine. Whatcha got?”

He thought about it for a moment and then nodded. “I have to show you? Can’t tell you?”

“That’s what makes it a dare.”

“’K.” Wade heaved his large frame from his comfy spot and moved to the space between the beds. Heath sat up quickly and spun around, sitting Indian-style with a huge grin on his face. “I don’t want to disappoint you. It’s not all that impressive.”

“Go on, quarterback. Show me what no one else has ever seen,” he taunted.

“Fine. I’m too buzzed for this to be graceful. Just remember that.”

“Do your worst.” Heath lifted his glass, toasting Wade before slamming back another shot.

Wade turned and faced the nightstand that divided the room. At least he wouldn’t have to look into Heath’s face as he did this. He took a deep breath and released it slowly as he bent at the waist and dropped his arms to the floor to support his upper body. He let his feet slide back and his head dangle before rotating it side to side between his arms, slipping into what had become second nature for him over the years. “Downward dog,” he announced. Wade stared at his feet for a moment before breathing deeply again, bringing up his head, dropping his hips and forearms, and rising onto the tips of his toes. “Plank.” He started to feel a little weirded out since Heath hadn’t made a peep. So, he moved quickly by dropping the rest of his body to the floor but arching his spine and neck toward the ceiling. “Cobra.”

“I can’t believe you do yoga. That’s fucking awesome. Show me some more,” Heath finally encouraged. Wade could hear the awe in his voice, so despite how ridiculous he probably looked, he found himself complying. He did a couple more poses on the floor before moving into a standing position.

Then, he did his favorite. He figured out why that was long ago. It made him feel graceful, at a time in his life when his size made him anything but. He balanced himself on one leg and brought the other up to rest one foot on the inside of his thigh. Now, he was facing Heath, so he grinned a little at the wide-eyed look he was giving him. Finally, he brought his arms over his head much like a ballerina would do but kept moving his hands until his fingers locked together. He opened his mouth to speak, the self-deprecating comment that had sprung to mind died on his tongue, though, as Heath launched himself at Wade.

Before he could move to defend himself from the incoming fingers, Heath wedged them into his ribs and wiggled them hard. Wade’s breath whooshed out of him, and he lost his balance, throwing his arms around Heath to catch himself from falling. Instead of steadying him, Heath’s momentum sent them both toppling backward onto the other bed.

Wade grunted when Heath’s elbow came down to hit him in the stomach. He tried to laugh at their suddenly awkward position, but it ended up coming out like a bark. Heath didn’t stop tickling him, so instead of letting him go, he squeezed his arms tighter around Heath. Heath’s entire body rested against his—their chests, their stomachs, their hips, their—oh, lord, help him—their crotches, even Heath’s toes stretched out on top of Wade’s bare feet.

Heath finally exhausted all his laughter and relinquished the torturous tickling, although he made no move to extract himself from Wade. He finally looked up at him, and his eyes practically glittered with mischief. “I’m sorry,” he laughed. “I couldn’t resist.”

“You’re right. That was a lie.” Heath grinned, and his eyes darted to Wade’s lips.

“Dare me,” Wade blurted before he could doubt himself any further.

Heath gave a nervous laugh before asking, “Dare you to what?”

Heath’s green eyes widened and shot back up to Wade’s before tightening at the corners. “Why would I do that?”

“Because I know you want me to,” Wade boasted before swallowing hard. “More than that—I want to.” 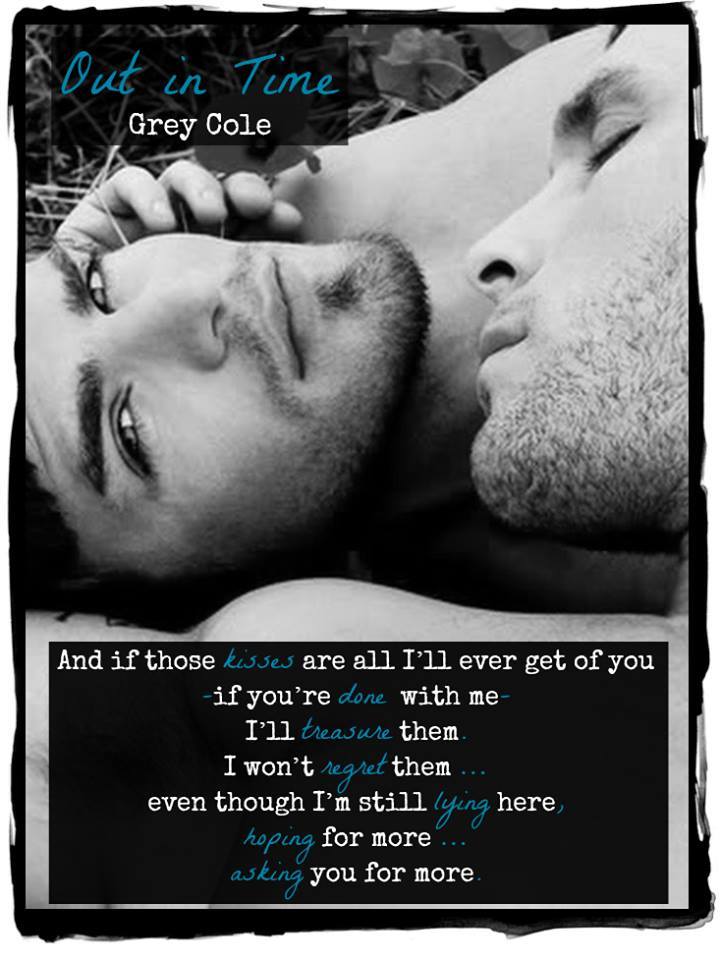 Grey Cole always dreamt of a book that featured hot male-on-male action that grew to encompass one lucky woman. Okay … maybe Grey really dreamt of this scenario playing out in real life and then decided to purge all those dirty thoughts onto the page.