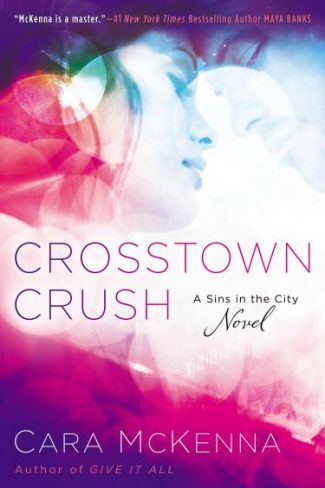 When he’s working, Mike Heyer is all business—every inch the alpha male, with the hard, capable body to back up his persona. But at home he can be a different man entirely, harboring appetites only his wife gets to glimpse…

When Samira first learned of her husband’s fantasies, she was reluctant, even alarmed. But after witnessing the way they set him on fire, she yielded, and happily indulged. As their games have intensified, so has the rush. And now so has the risk—they’re poised to take Mike’s indecent desires to the next level, by opening their bed to a sexy, brazen stranger. A man seeming custom-made to grant every last one of Mike and Samira’s sinful wishes.

Welcoming someone new into their lives was always a dangerous proposition, but the couple imagined if anything was at stake, it was their privacy…not their hearts. 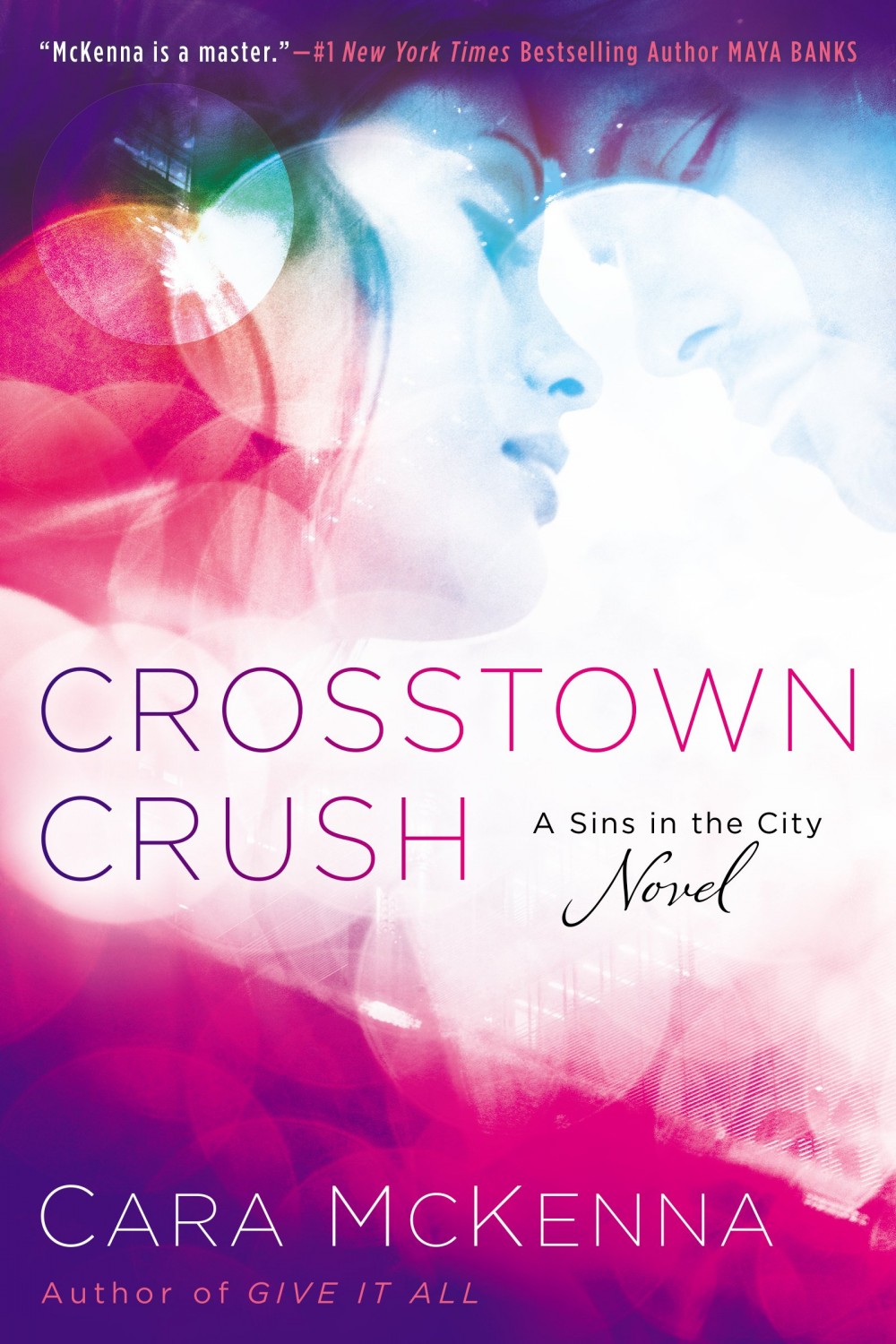 Sam’s heart was pounding, thumping like a bass drum as she led Bern up the front steps. Her keys jingled as she fumbled with the lock, but she shot Bern a look of well-faked mischief just before pushing in the door.

She switched on the light and he looked around. Originally she’d hoped first and second bases could go down in the living room. It seemed a fitting setting, the bedroom such a bold leap. But there was no good place for Mike to conceal himself downstairs, and in the bedroom there was both the closet and the bathroom.

“Are you having anything?”

She led him down the hall, and he wandered around the living room, inspecting the book and DVD shelves while Sam poured two small measures of merlot. He met her at the counter and they toasted with a clink, then took turns using the half bath.

“Would you like the tour?” Sam asked when Bern reappeared.

“It’s short. Kitchen and living room, obviously.” She waved her arm around. They carried their glasses down the hall and up the stairs, floorboard creaking as they reached the landing. She led him past her and Mike’s room to the next door.

“This was the guest room that my husband turned into an office,” she said, waving limply at the space, as though any reminder of the man bored her to tears. “He spends more time in here than the bedroom, that’s for sure.”

“And is that the bedroom?” Bern asked, pointing.

She gave him a sly look and slipped into her seductress voice. “It is. Would you like to see it?”

She led him inside and turned on a reading lamp.

“Thank you.” Sam drained her wine and set the glass on the dresser, kicked off her heels by the door so everyone involved would be reminded how tall Bern was. Gently, she took the glass from his hand and set it beside hers, harnessing all her willpower to keep from glancing at the dark crack of the bathroom door—Mike’s peephole.

She ran her hands up Bern’s biceps and over the rounded balls of his shoulders, admiring. She caught him swallow before mirroring her boldness, sweeping his arms around her waist and pulling her closer. They hadn’t kissed in the bar that night, but when he lowered his mouth to hers, it felt like the easiest thing in the world.

No hesitance like their first meet up—he knew his role and seemed eager to play it. His tongue was bold, the kiss deep and dirty, making her brain misfire, and she wondered what else he could do with his mouth. The brush of his short beard was hot in its newness, as sexy as the taste of her and Mike’s wine on this man’s lips. She stroked his neck and shoulders and upper back, followed the gentle curve of his spine to the hard swell of his ass.

She freed her mouth, licking her lips. “You look good.” She let her gaze roam his body from feet to face. “Why don’t you get comfortable?”

He eased off his shoes in two fluid moves, suddenly holding her elbows and walking her backward to the bed. She felt her hair bounce as her butt plopped onto the mattress, and smiled up at where he stood between her knees.

Staring down at her with a smirk, he stripped off his henley and tossed it to the floor, revealing a light gray undershirt and some of the nicest arms Sam had ever had the pleasure of exploring.

She crawled back as Bern got to his hands and knees on the bed, bracing himself above her, looking down with some wonderful threat glinting in his eyes.

“When was the last time you got fucked?” he demanded.

Her pulse spiked. “Maybe a week ago,” she lied.

“I don’t even bother. I just wait until he falls asleep and I take care of myself.”

“Oh yeah? And what do you think about?”

She grinned indulgently and stroked Bern’s braced arms. “A man like you.”

Bern slid them across second base, dropping his hips and driving up her dress to press his erection between her legs. Whether he was big or not, she couldn’t tell, but he was stiff, no mistaking it.

“Been hard since we first started talking at that bar.”

Though it felt like a sharp upping of the stakes, Sam spread her thighs wider and hugged them to his waist. He accepted the invitation, rubbing against her with slow, teasing motions of his hips. His breathing grew harsh just as hers did the same.

What are you thinking, Mike? She wished there were a psychic feed from his brain to hers, beaming her reassurance and instructions.

She wanted to trust what was happening. It felt good and hot and right, though that was no guarantee Mike was feeling the same. Was he hard, too? Was he touching himself? Which ached worse in this moment—his cock or his heart? Cock, she prayed. And she could make it hotter by ignoring her fears and embracing her part.

She slid her palms to Bern’s rolling hips. “I bet you’re a great lay.”

“Don’t save too much,” he warned. “My cock’s so hard. I hope you’re not going to send me home hurting.”

So I am very conflicted about this book. I’m even conflicted as to how to put it into words. This was my first title from this author and even though I have mixed feelings about the content, I know for sure I will be coming back for more. The writing was excellent! McKenna keeps you thoroughly interacted and interested with/in all the characters and even when you question their judgement and actions, you legitimately care about what happens to them. I fell in love with each of them, some together, some separately. I saw the conflict, I could feel the eventual crash and burn this would take. But I had to find out what would happen.

The subject of this book was something I had heard of before in passing, but never really put much thought to. Even now that I feel I am somewhat of an expert after reading this tale, I still just don’t know. It’s hard to read something like this and withhold judgement. For me it was darn near impossible. I get that it’s something some people are in to, but for me personally, it would never work. It’s about cuckholding. <pauses to pull up definition> The term cuckold refers to the husband of an adulterous wife. What this book has to do with that is it’s about a husband’s cuckholding fetish. As in he WANTS his wife to be with another man. He wants to catch her in the act. He wants to be degraded, humiliated, and lose all control over the situation. But for me, even with consent, this is cheating. And that’s why it would never work for me. And that’s why even though I loved this book, I am conflicted. Because I loved the main couple, and I fell in love with the side man, heck, I even fell in love with side man and main female, but I knew it would crash and burn. I personally believe these types of relationships will always fail because somewhere along the line, feelings get involved. How couldn’t they? And unless you are willing to enter a polyamorous relationship where all three parties are equally involved with each other, someone will be hurt.

In the end, I was both happy and sad with the ending. Because I fell in love with all the characters, someone gets left out. But as this is the first in a series, I am curious to see where she will take us next. If that left out party get’s their own book, or if we will meet all new characters. All I know is I am along for the ride either way. Because regardless of your views, it is SUPER sexy and well penned! Definitely check out this book. It will be a conversation starter for sure!

Cara McKenna writes award-winning contemporary romance and smart erotica, sometimes under the name Meg Maguire, and has sold more than thirty-five novels and novellas to Penguin, Harlequin, Samhain, and Signet Eclipse. She’s known for writing no-nonsense, working-class heroes with capable hands and lousy grammar. She is a 2015 RITA Award finalist, a 2014 Romantic Times Reviewers’ Choice Award winner, a 2013 and 2011 Romantic Times Reviewers’ Choice Award nominee, and a 2010 Golden Heart finalist. Cara writes full-time and lives in the Pacific Northwest with her own bearded hero.