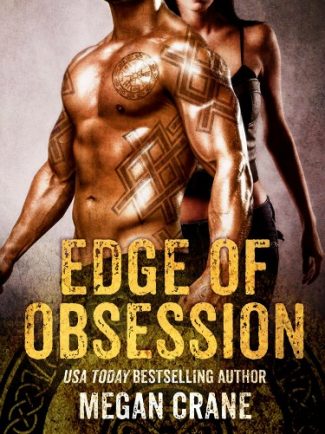 Tyr, a powerful man in a destroyed world, needs only three things to survive: his weapons, basic resources and a rotation of women to serve his voracious sexual needs. But when a beautiful prisoner grabs his attention during a mission to restock his clan's supplies, Tyr's alpha instincts give way to something much darker--strong, unquenchable lust that cannot be ignored...or denied.

After two years on the run, Helena is snared by this dominant group of men who roam the land unchallenged. Strong to her core and with a mission of her own, Helena knows she doesn't have to be their captive for long. But despite all the terrible things she's heard about these brutal beasts, Helena is overcome by intense desire for the ruthless man who has taken her. As their scorching passion escalates, Helena will have to trust in Tyr in order to save both what's left of this desolate, torn-up world...and herself. 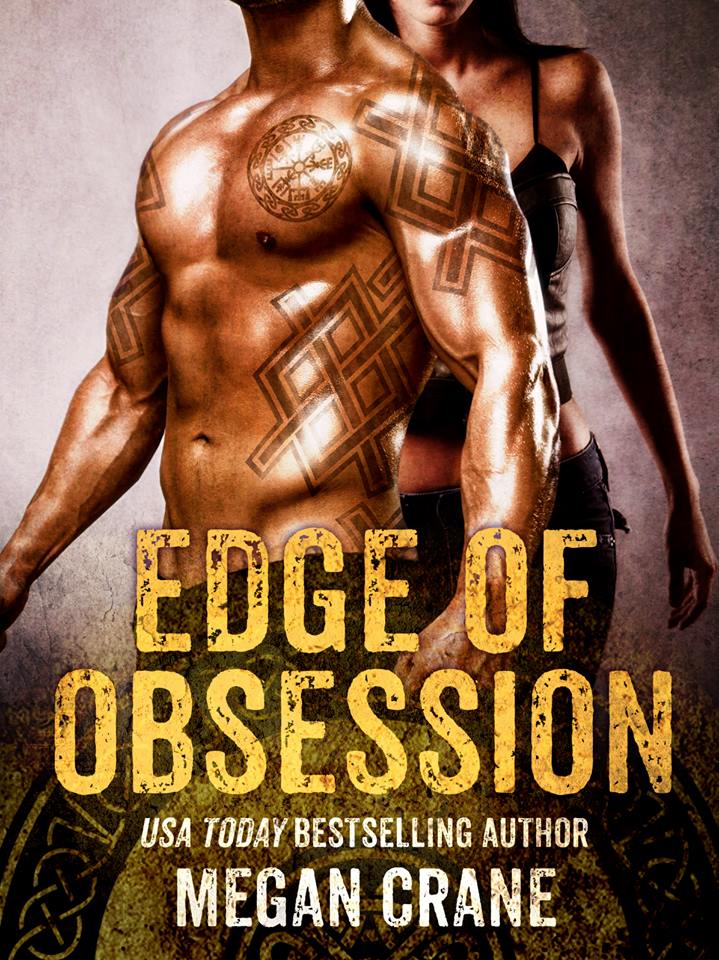 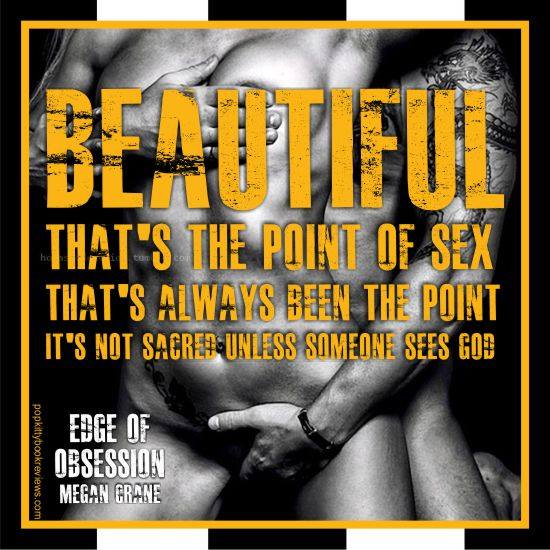 She frowned at him. “Why do you keep asking me that? Do you have a thing about feet?”

Tyr almost smiled at that. “Don’t worry, little girl. You’re not going to have to ask what I’m into. You’ll know.” He watched her eyes widen and those nipples harden all over again, like they were begging for his mouth. “Was that a yes?”

Helena studied him, wrapping her arms around herself, either because she was cold or because she was scared, and he was enough of a dick that he didn’t really care which, because he could see that she was also turned on.

“Yes,” she said after a moment, her voice subdued, like it had been another fight inside of her to admit something he already knew was true. “They’re a little banged up.”

“The question you should be asking, sweetheart, is why you didn’t ask for help when you realized I expected you to walk on bare feet through the woods in the middle of the night. I’m a raider. I’m betting it crossed your mind we were heading for the water. You knew it was going to be more than a five minute stroll.”

Her arms tightened there across her middle, and that fuck you gleam in her eyes was perfect. She was the least tough thing he’d ever seen, naked and slender and dripping wet with the wind slapping at her, and she was still braver than every last moron at that compound. How could Tyr not love that shit?

“The next time I’m abducted and literally carted off over the shoulder of a terrifying man covered in blood and a selection of very sharp blades,” she said in that edgy voice of hers that made his pulse roar at him, “I’ll be sure to stop and demand that my captor provide me with adequate footwear for the forced march in the darkness.”

“You don’t ask for help, guess what? You don’t get any. This is a raider camp, not a nursery, and it’s even harsher back home on the islands.” He considered the goose bumps rising all over her, imagined the sting of the wind on her tender flesh after the warmer seawater. “Do you want to dry yourself off, Helena?”

And she was never boring, this one. She scowled at him, even harder than before, and she thought about it. He could see the calculation in her gaze, the way she took the measure of him—keeping her compliant eyes above the waist, he noticed to his amusement—and then, when she’d started to edge toward actually shivering from the cold, she cleared her throat.

“What are my options?”

Tyr had assumed she’d outright surrender to get out of the wind, like every other woman he’d ever met would have—and a lot sooner. That she hadn’t done that made his cock so hard it bordered on pain.

He shrugged. “You can take this and use it as a towel or you can go up there and warm yourself by the fire.”

Tyr could have stood there all night, watching her grey eyes move from her wet clothes hanging over his shoulder to the wool wrap in his fist to the bag at his feet. Especially because her eyes blazed with fury and resentment when they finally met his again.

“Thank you,” she said in that same snotty tone she’d used in the woods. “I’d love to use your towel.”

He laughed at that and moved closer to her, draping the wool over her shoulders and then wrapping around her so it covered at much of her as possible. As he pulled it tight, he got his mouth near her ear.

“I keep telling you to watch that mouth,” he growled, and saw the new and different set of goose bumps that shivered to life at the sound of his words. “Next step is me watching it for you. Think you’ll like that?” He laughed again when she shuddered against him. “Because I know I will.” 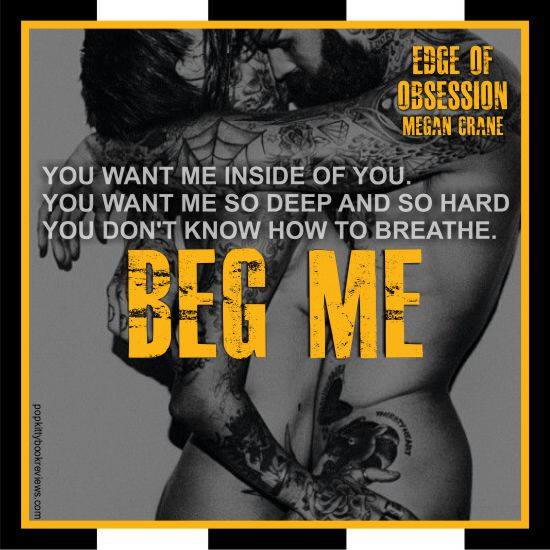 So this is a tricky one for me, but aren’t the best book always that way? When it first crossed my newsfeed a few weeks ago I was instantly attracted to the smoking hot cover. Then I read the synopsis and I knew this had to move up on my TBR, immediately. See a few years ago I was heavily into the dystopian genre, but the young adult aspect of it. Then I discovered contemporary and erotic romance books. And then a few months ago, I discovered EROTIC dystopian books and ever since they have become my guiltiest pleasure. I love stories that take the world we live in, adds some sort of feasible catastrophe, whether it is manmade, nature, or both, and create a new reality that people must not only live in but survive in. It’s that fact that at any moment I can believe it could happen to us. It keeps me on the edge of my seat, fills my blood with adrenaline, and I simply cannot get enough. Then you add in the eroticism that I’ve become accustomed to and you have pure gold. So that’s what I expected when I went into this book. And while I found their world intriguing and couldn’t wait to see how everything unfolded, I wasn’t invested in the story for quite a bit. I think the problem was, for me, there was way too much internal dialogue. I’m okay with some, heck even a lot, but this seemed just a tad over excessive and I found myself skimming quite often. But then the turn came for me, and I can’t exactly pinpoint when it was, I just know when it happened there was no turning back for me. I completely, and wholeheartedly, fell in love with these characters.

Helena was the type of character that I hope, faced with the same circumstances, I would be. Strong, loyal, resilient, confident, and just enough natural feminine wiles to make a man fall instantly in love with her (even if he didn’t realize it). I admired her fortitude to stick with a mission that spanned generations. I even more admired that it was for completely unselfish reasons. Not many people would have had the strength to stick with the plan as she did. I loved that when she met Tyr, everything she thought she knew in her sheltered world shattered in moments. That he had that instant effect on her, even though she refused to admit or do anything about it. Having lost everyone she ever cared about, I get that she was gun shy. But even though her head told her no, she couldn’t fight her body, heart and hormones. Enter Tyr…

Picture if you will, a modern day Viking of a man, I’m envisioning roughly the size of the Rock, covered in tattoos, with the voice of Idris Elba. All deep, gruff, and totally frightening in a way that makes you want to drop your undies to the floor on their own accord. These were my thoughts from the first scene with this man and they only increased in heat as the book went on. But besides this, or rather more importantly, this was a man all men should strive to be. The strength of ten men, moral in the raider’s code, loyal even as his blood flowed freely, and ready to step into danger at any moment. But when he was with Helena, he was domineering, sometimes imposing, sometimes tender, powerful, and just everything that made him Tyr. Being in that world and mindset, I could literally find no flaws with him. He was a man of few words, but the ones he spoke, he spoke with meaning. I can’t tell you how much I admired that.

Overall I thoroughly enjoyed this book. I didn’t know going into it that it was the beginning of a new series. But fear not. Even though the big mission isn’t resolved, this book doesn’t end in a cliffhanger. It’s very much a happy for now ending and I can totally live with that. That being said, I have no idea who the protagonists will be in our next book. Helena and Tyr again? New side characters? I just know I can’t wait and will be turning the pages the first second I can! This was a new author for me and I will surely be back for more! 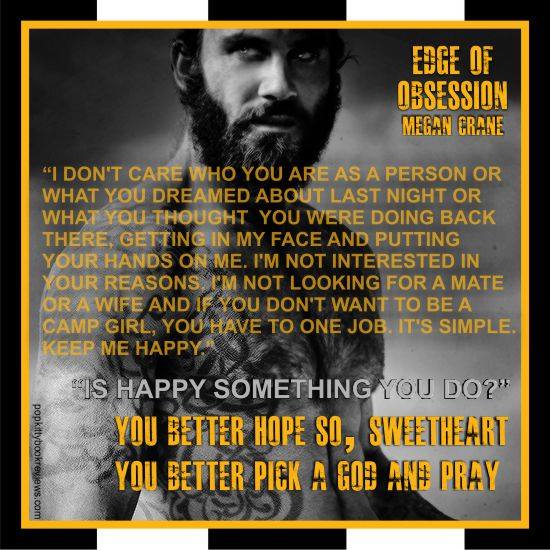 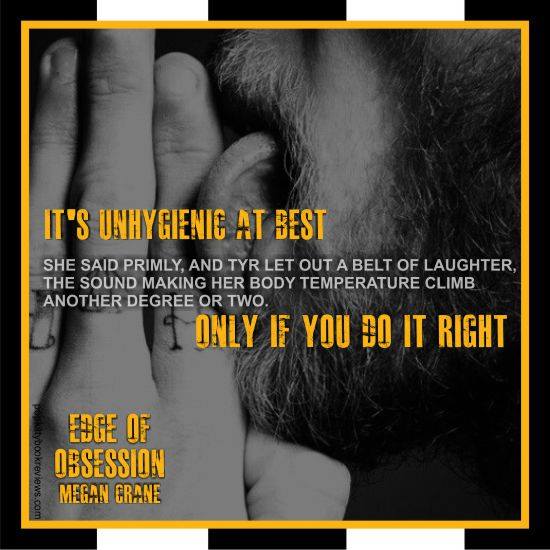 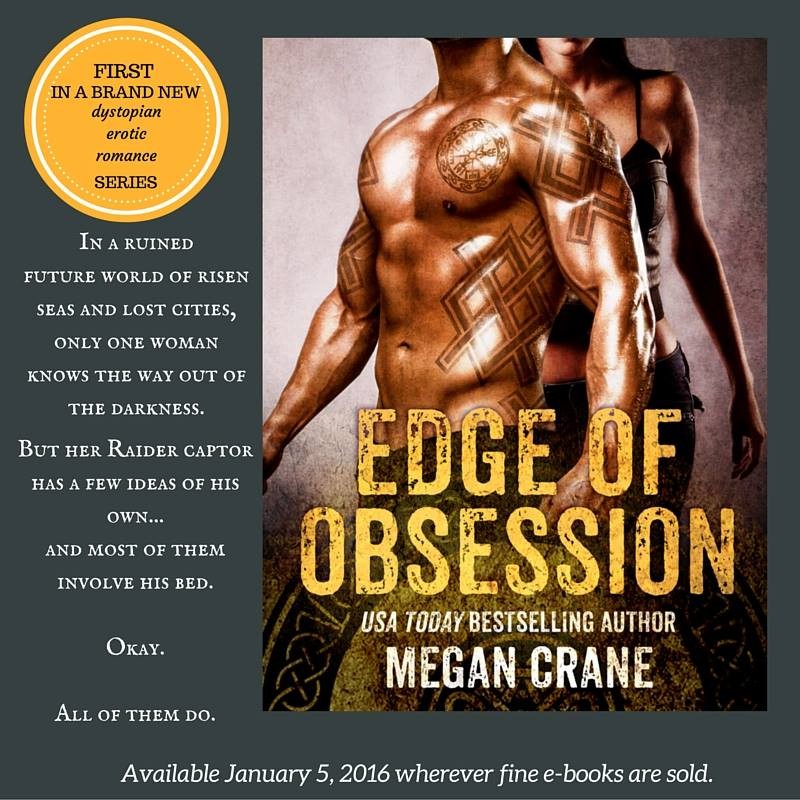