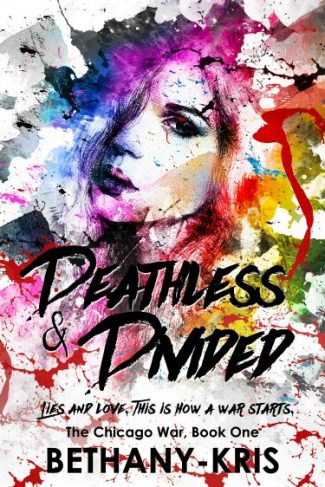 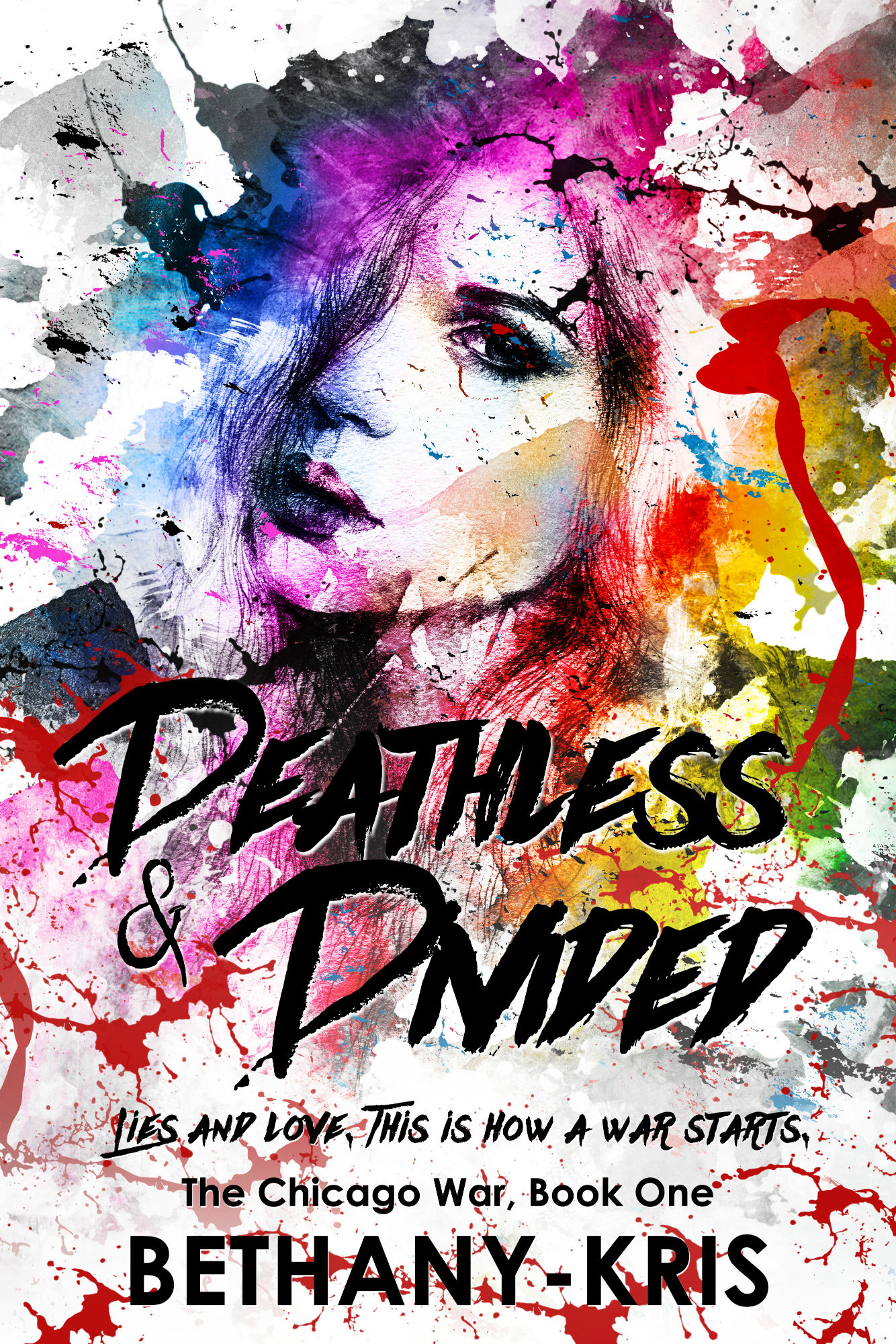 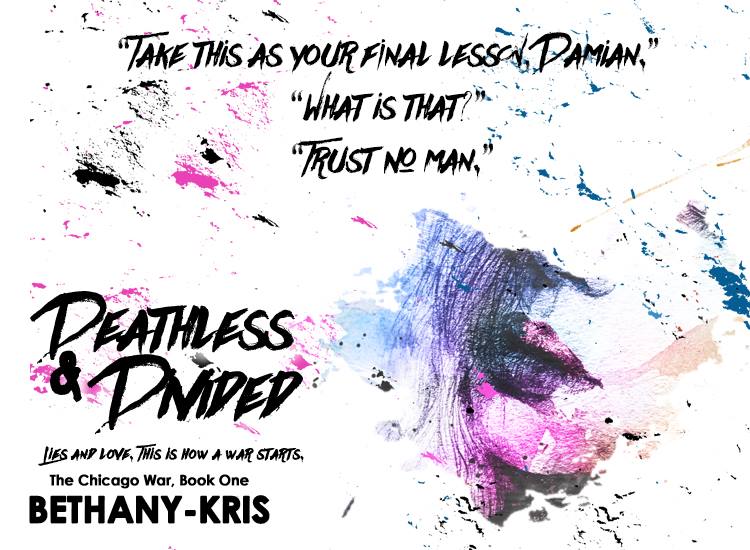 Lily DeLuca felt like stone as she stared at the two-storey yellow home from where she sat across the road on the sidewalk. Immovable and cold. Someone must have resided in the house—new people—because it used to be a pale blue. A sidewalk of colorful stones now led up to the walkway of the front entrance as well.
Time changed everything.
Everything but Lily.
Well, she knew she was different, of course. Older. A woman now and not a child anymore. She knew homes didn’t keep dreams and love protected and safe within their four walls, but instead, only gave the semblance of those things. She was no longer naive and stupid to the things and people around her.
No one was deathless in their world.
Even the innocents couldn’t be saved.
Blowing out a puff of air, Lily tilted her head up again and blinked at the home. She swore she could still hear her older brothers’ encouragement and hollering as she finally learned to ride her bike without training wheels. At four-years-old, they got her stuck in a tree in the backyard the first time they taught her how to climb it. She kicked her oldest brother Dino in the balls just after her fifth birthday in the front driveway when he let her spider out of its jar.
Dino and Theo DeLuca always let her tag along back then. They never acted like she was some annoying little sister out to ruin their fun.
Lily glanced down the quiet street, wondering if anyone recognized her. Melrose Park had long been home to a large American Italian community as well as the Chicago Outfit. A lot of people in the area probably knew who she was, but if they didn’t, they would surely recognize her name.
Maybe she shouldn’t have come here at all.
“Miss,” the cab driver called, chomping loudly on his wad of gum. “You almost done or what?”
“Is the meter still running?” Lily asked back, not even bothering to look at the man parked beside where she sat.
“Yeah.”
“Is my credit card still good?”
“Yeah.”
Lily shrugged. “Then no, I’m not done.”
“Whatever, kid,” the guy muttered.
The cell phone in Lily’s pocket rang for the fifth time since she left Dino’s place a couple of hours earlier. Dino had gave the damn thing to her and took the one she had away, saying something about burner phones.
Lily figured that was just one more way for Dino to keep an eye on her.
She ignored the call.
The two-storey house, however, couldn’t be ignored at all.
An ache stabbed in Lily’s chest, spreading outward. It only continued to grow in intensity. The longer she stared and thought about the day her so-called family took away what that house was supposed to mean and murdered the dreams it held, the more she hurt.
Oh, she hurt all over.
“Time to stop running, Lily.”
The words Dino spoke to Lily when he ordered her to leave Europe and travel back to the States plagued her mind.
He was right.
She ran.
Lily still wanted to. Coming back to Chicago felt like a death sentence.
What did this place want from her?
God knew she didn’t have much left to give.
She could finally start college, maybe, but she didn’t even know what she wanted to study. Her brothers owned a dozen and one different businesses around Chicago to keep her busy working, but how long would that keep her interested?
She couldn’t be just Lily DeLuca in Chicago, Illinois. She couldn’t be just anyone here. Not a tourist or a traveler, not a pretty face in a crowd of people. No, she was Lily fucking DeLuca; the daughter of a turncoat, dead father and mother; a sister to rival Capos in the Chicago Mob. And while she didn’t want to think about it, her age made her a prime target for the Outfit to look at her for other reasons, too.
Christ, she should have fought Dino harder.
How long would it take before the Outfit took something else away from Lily that she loved?
“What is this place, anyway?” the cab driver called out the driver’s window. “S’not anything special to look at, girl.”
To him, it wouldn’t be.
To Lily …
It didn’t even matter.
She pushed up from the sidewalk, brushing off the legs of her skinny jeans.
“Nothing,” Lily said. “It’s nothing.”

Copyright © 2015 by Bethany-Kris. All rights reserved. 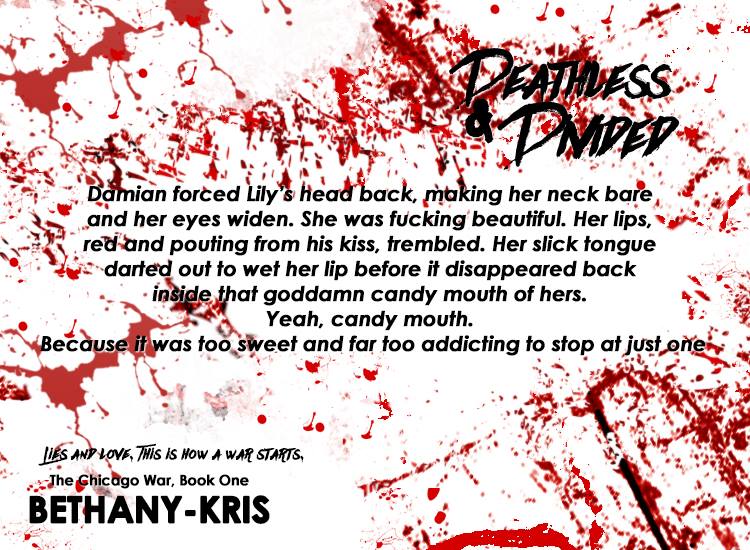 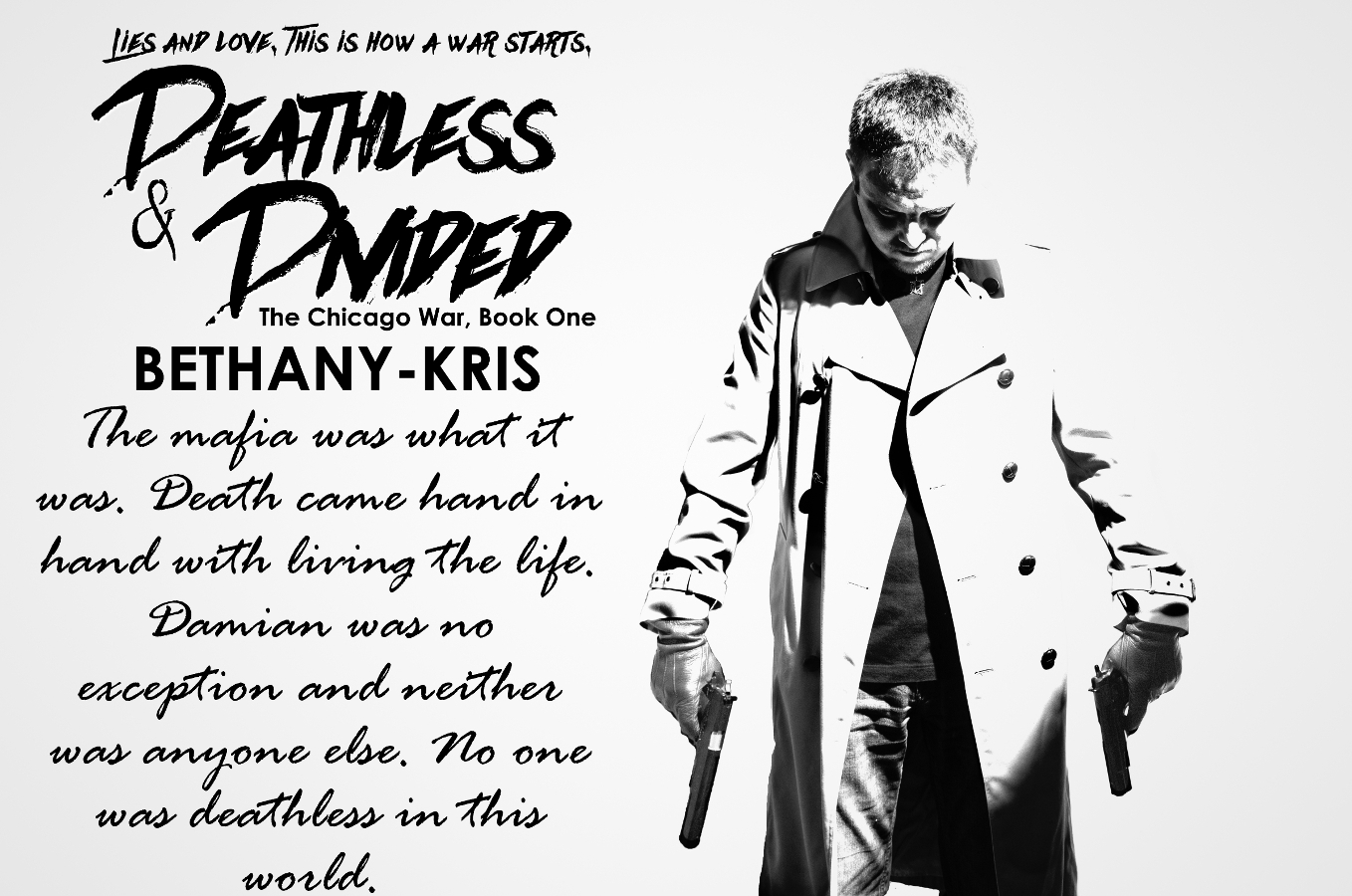 There’s always a bit of apprehension that comes with reading a new author or a new to you author. Will their words flow in a manner that’s appeasing to me? Will I fall in love with the characters and actually care what happens to them? Will the story line progress in a fluid speed? These were all things that crossed my mind as I turned the first page, and these were all things that, in the end, I needn’t have ever worried about. I cannot remember the last time I was this comfortable reading an author that, up until a few weeks prior, I had never even heard of. I was drawn in by the gorgeous cover and the appealing subject matter. I don’t read mafia type books that often. Not on purpose, you just don’t see all that many out there. But to be the first in a new series, and with the introduction of so many characters, I surprisingly didn’t have a hard time remembering who was who. I see a lot of authors stumble in the first book of a new series because it does take time to establish a connection with not only your main couple, but all the side characters that not only have pivotal roles in this book but will eventually star in their own books. A lot of times in the introduction book, it can become more about meeting everyone and less about the two the book is supposed to be about. But again, the author blew me away.

I won’t go into details about setting the premise or what happened throughout because to get into the flow of this story, you need to read it just as I did. I loved the misguided sense of family that rang throughout though. Just when you thought you had everything figured out, there came another twist. There were many times I wanted to scream at a few characters, and a few times I wanted to put out hits of my own. But ultimately, when it came down to it, I fell in love with them all. The friendships, the familial ties, and eventually the love. I love that Damian & Lily’s love was something that grew, not just assumed. You had two characters that were thrust, unwillingly, into an arranged marriage and there were so many ways it could have gone bad. But there was also a long ago forged foundation that helped this along and kept the whole situation from feeling like insta-love. I really appreciated that they grew together.

Every sound, every goosebump, and every inch of her was starting to imprint in Damian’s memory like a melody he couldn’t forget.

He really didn’t want to.

The possibilities are endless as to where she could take us next in this series and this book set everything up for a huge fall. I, for one, cannot wait to see how it all plays out. I have some theories about things that happened at the end and I can’t wait to see if I’m correct. Because even with death, destruction, loyalties broken, and despair, it all comes back to love. And in the end, love always wins. 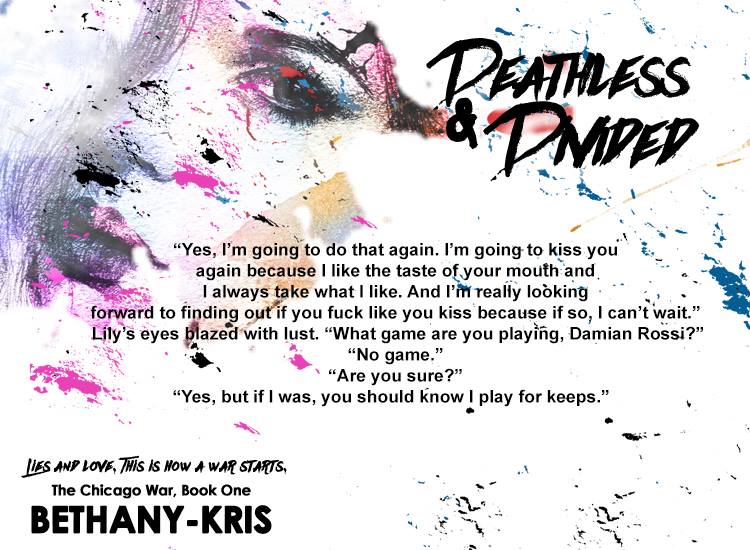 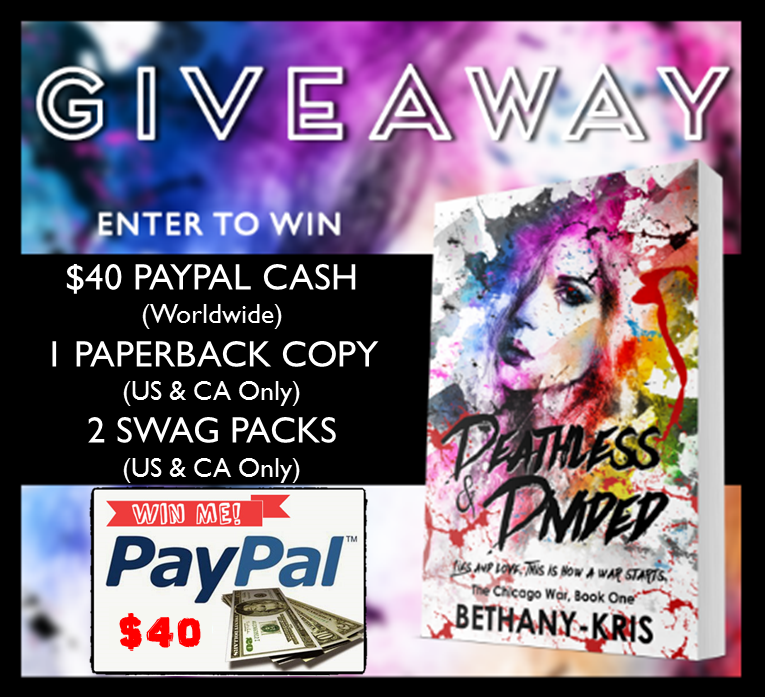 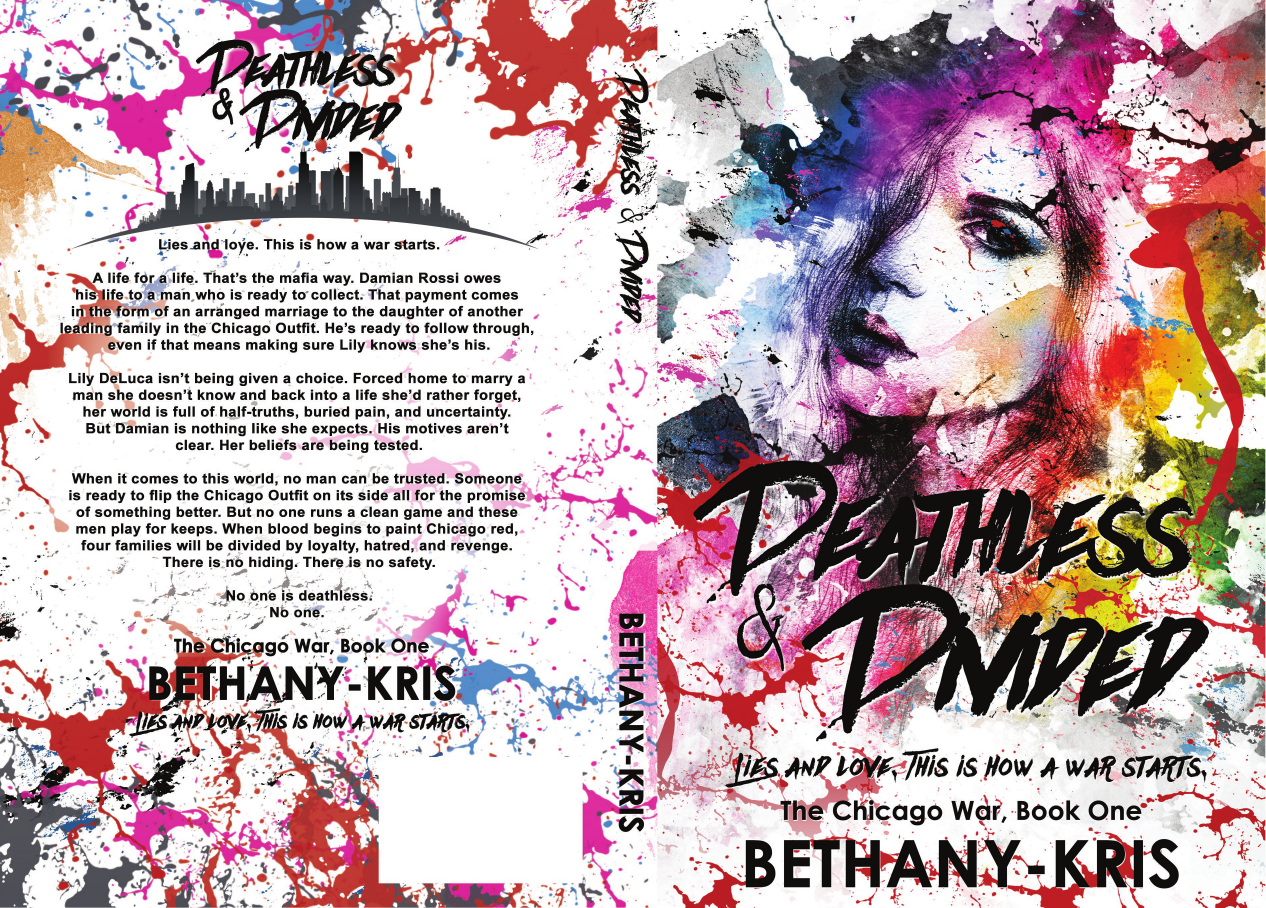