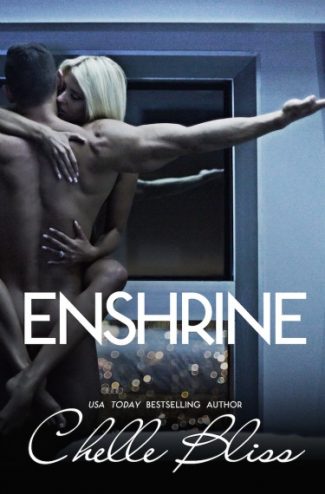 Everything can change in an instant.

I thought I knew what was important in my life.
But one phone call sent my life in a tailspin.

Alone and afraid, I cling to the one man I shouldn’t.
I was warned about him and told to stay away.
“He’s dangerous,” they said.

But the man that could hurt me the most, gave me the greatest comfort.
"He's not who they think," I told myself.

But just like an illusion, things aren't always what they seem. 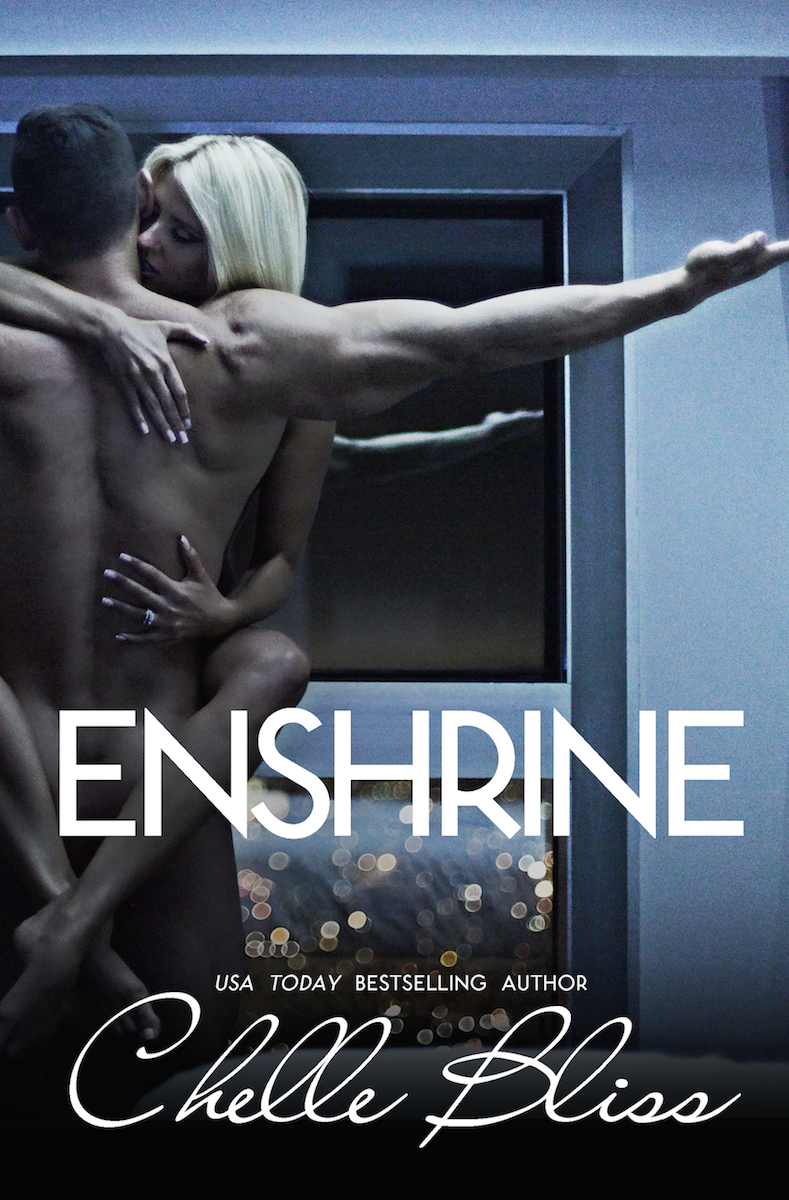 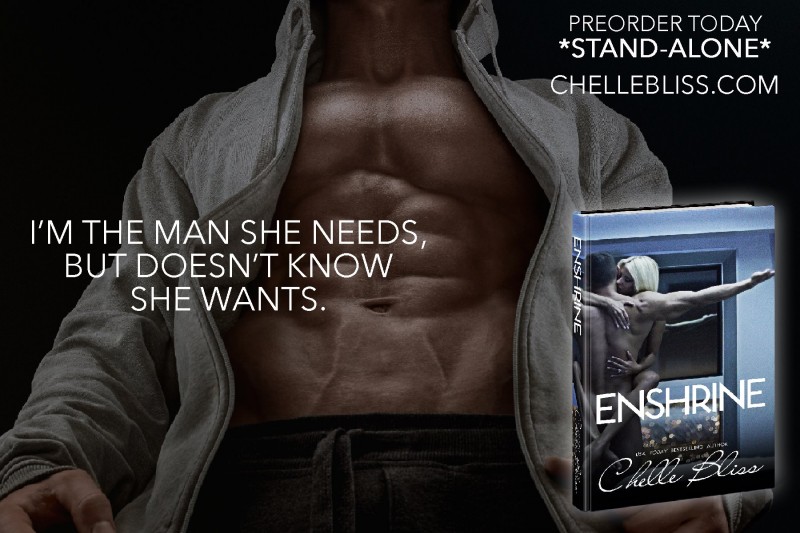 “You must be fucking mental.” Rebecca paced around my living room while I sat on the couch.

“I’m not,” I told her and picked at my chipping nail polish.

I rolled my eyes and sighed. “You brought him here. You made him part of this, Bec.”

She fisted her long blond hair and had a wild look on her face. “I asked him to break down your door, not be your boyfriend. You can’t possibly like him.”

My mouth fell open and I gawked at her. “Why?” Rebecca had always been the overly cautious one in our friendship, but she started this shit.

She threw her arms out and waved them in the air like a crazy person. “Um, Bruno ‘The Butcher’. Ring any bells?”

She started to pace again, back and forth across the room, her heels clicking on the wooden floor. “No. They aren’t.”

“I know you’re going through some shit right now, but you can’t deny who he is.”

“You didn’t have a problem leaving me here with him last night,” I shot back at her with a shitty smile.

“He didn’t make you do anything. You abandoned me and left me alone with him.”

“Do you think I would ever abandon you?”

“Listen.” She sat down next to me and held my hand. “I only left because he said you needed to be alone and that he would look after you. You know how he is. Every one is scared of him, Cal, even me. What was I supposed to do? Toss him out?”

“If he’s so scary why did you go to him in the first place?”

“When you didn’t answer the door, I panicked. He’s the first person that popped in my mind that would be willing to break the law.”

I laughed and stood up. “You talk out of your ass.”

“I do not,” she scoffed after her head jolted backward.

“You don’t want me near him because he’s dangerous, yet you bring him to my apartment to save me.”

I put my hands on my hips and glared at her. “You’re the crazy one here, not me.”

“Just stay away from him.”

She jumped up from the couch and came toward me. “He’s not a man to fool around with. I know you want to die, but Bruno isn’t the type to fuck around.”

My hand flew to my face, slapping myself instead of her. “I appreciate your concern, Bec, but you don’t know Bruno.”

“Neither do you.” She glared. She may be the type to overreact, but rarely did she ever get mad at me. 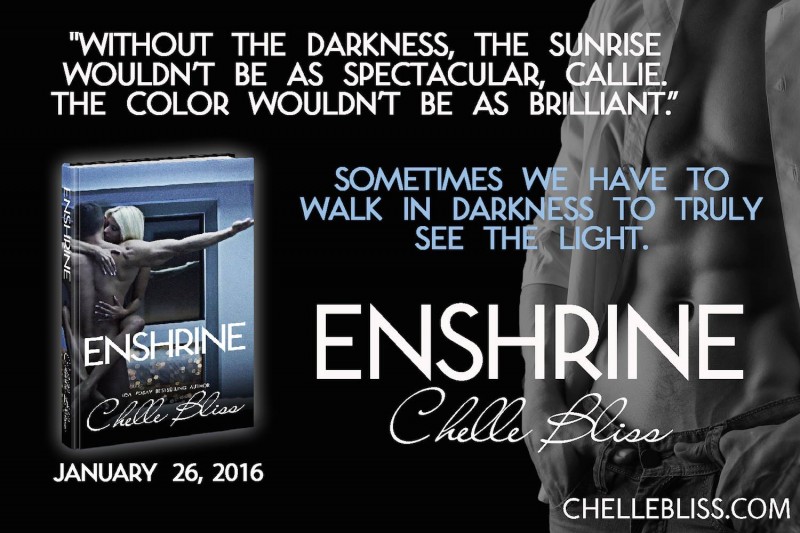 This is going to be an interesting review in that since I’m not sure what is considered a spoiler, I’m going to take vague to a whole other level. That being said, there was something so incredibly beautiful about this story. With a turn of the first page, I knew the direction it was headed. I felt it in my gut and I was paralyzed. Sure she promised us if we stuck with her we’d get an HEA, but there are many different meanings to that phrase, so I took nothing for granted. For that reason alone, anxiety drove me throughout the entire book. Heart-pounding, drowning, soul consuming anxiety; the best kind.

I think what I loved best about this story was the rawness and 100% honesty about it. Chelle tackled a subject, that while it certainly has been in other books before, to my knowledge, you won’t find it handled the way she did. She took something that is usually so frightening, so melancholy, often glossed over and having the details lost in translation and managed to make it beautiful. Now when you discover the subject I’m talking about, you’re gonna look at me and think I’m crazy for calling it beautiful. But the honesty and pure emotion she manages to pull from such a harrowing situation is nothing short of beautiful. I learned things from this book that I never even knew from textbooks or firsthand experience of others experiencing it. That’s what made this story so authentic to me. Chelle didn’t run away from the details; she embraced them. She gave a face to them, a real humanity to them. She brought light into the darkness. And still, throughout it all, she managed to produce a believable love story. That in itself is crazy, because when this other situation is going on, who expects that to be believable? Well, I’m here to promise you, she does it flawlessly.

The relationship between Callie and Bruno began, seemingly, out of nowhere. He walked in and took over when she shut everyone else out. I love that he fought not only for her, but against her FOR her. A lesser man would have been scared away, but the meaner she was, the easier he stuck around. I’m not going to say his secrets didn’t drive me insane, but when you find out the truth, you’ll see that all along she was just setting the stage for something much bigger. I was truly blown away with the tenderness in which he handled her. How he anticipated what she needed before it was even a thought in her head. Throughout the seriousness of the situation, there was a much needed lighthearted humor between Callie and Bruno that made their love story that more enjoyable. Though this book was the perfect length, I could have easily read hundreds of more pages and never complained; that’s how much I fell in love with these characters. Not only them, but there were some really standout side characters that I can’t really go into with giving anything away. But I fell in love with them almost as much as our main ones. Highly recommend this story! 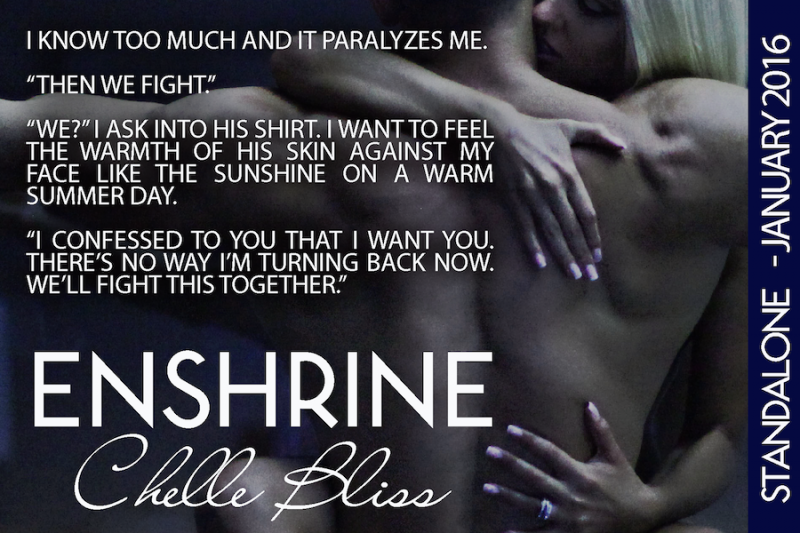 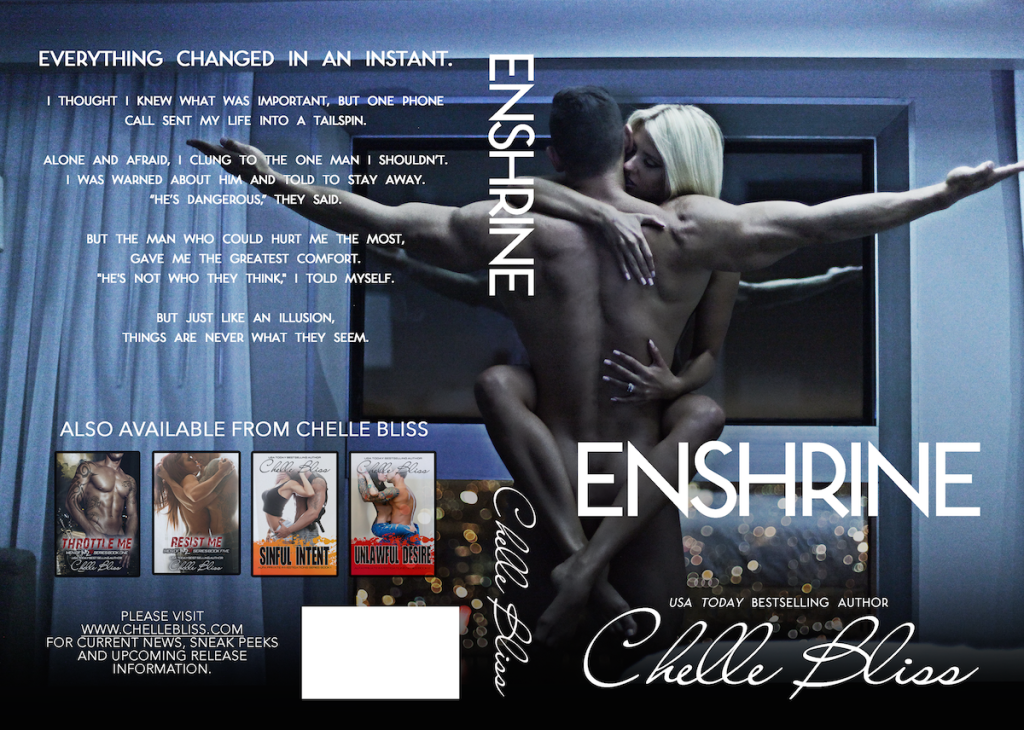