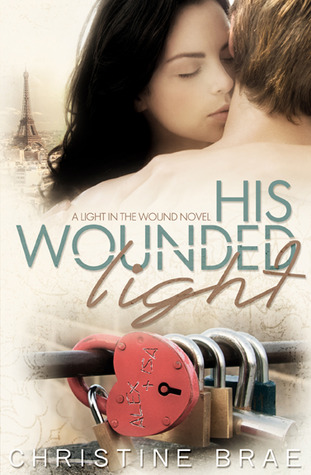 Fate intervenes twelve years later and their paths intersect once again. All three will question whether the heart is truly capable of dividing and being divided; each will decide whether it matters who you loved first or who you love last.

Together they will learn that in the end, there can always only be one. 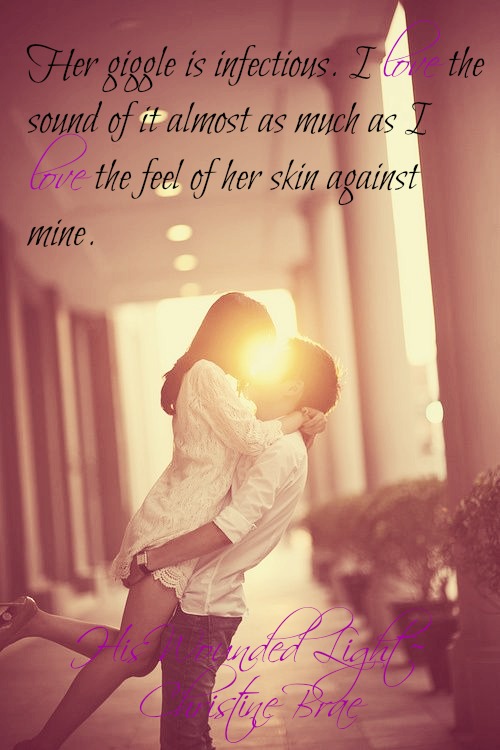 My thoughts are interrupted by a barrage of flashbulbs going off in every direction.  “Jesse Cain! He’s here!” someone yells amidst the commotion in progress.

I catch a glimpse of her walking out of the lobby doors with arms around her son. Like me, she’s hiding behind a pair of sunglasses. Her son is wearing his school uniform and she has him enclosed in her arms, shielding him, as they wait for the car to pull up. He’s growing up to look more and more like his father. His blond hair is light and wavy and he has the piercing blue eyes that his mother fell in love with.  Isabel looks lost and stricken, but the vision of her standing right in front of me overwhelms all my other thoughts.  She reluctantly lets her son go as he slips into the seat of the car. I watch her lean over to strap him in the backseat, my eyes on her as she kisses him and mouths something that resembles an “I love you.” I see her inhale deeply before turning around to face the reporters as the car drives away. A few of them have come up to her and she is shaking their hands. She looks understandably preoccupied and disengaged, and for some unknown reason, I notice that her fingers remain splayed out protectively against her stomach as if holding it in place.

I can’t stand around much longer. I rush to her side and wrap my arms around her as I slowly lead her back into the lobby. I hold her tight as she breaks down and cries inconsolably in my arms.   I’m so caught up in worrying about her that I don’t have time to enjoy this closeness. At first, I don’t even know if she realizes that it’s me. She squints her eyes as she lifts her head from my chest and I can see her processing it all in her mind.  I know that the photographers will be in here any minute, so I don’t resist her pulling away from me when she does. 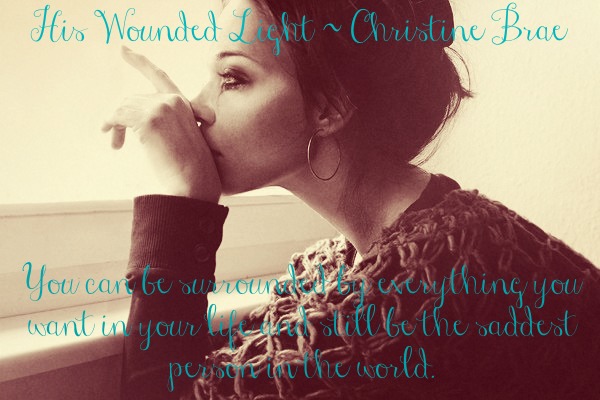 Not a word is uttered, not a sound is made. And yet I clearly hear what she’s screaming out lout from her heart.

I’ve never had any doubt; she has always belonged to me.

Head pounding, heart full, the anticipation is finally over. I am going to admit; as much as I BEGGED for an Alex and/or Jess POV book, I was VERY apprehensive going into this one. Loud and proud, I am Team Alex. From the beginning of The Light in the Wound until the very last drop, it was always Alex for me. He put her first, treasured and honored not only her heart, but EVERY part of her. I would have none of the selfishness, controlling nature and all about me attitude from Jesse. No thanks. So to know that they finally had gotten their HEA at the end of book one left me leery of things to come in a new book.

Fate and circumstances-there’s no turning them back once the wheels of life have been set in motion. Nothing you do can change the direction of your destiny. You can influence your future revising your goals and adjusting your purpose, but you can’t chance what is meant to be. We are powerless to fight it; all we do is sustain it. We live for the moments of happiness and joy that are both fleeting and irretrievable.

Firstly let me state; I LOVED the triple POV’s. Christine has a beautiful way of writing that mingles every character without it being overwhelming. You simply can’t tell where one ends and the other begins. For all intents and purposes, this book is split into three parts. The first 25% belongs to Alex, Jesse gets the next 25%, and Issy has the last 50%.

We begin with Alex. Oh Alex, how I love thee. His section was by far my favorite to read. As romance books usually are in the female’s POV I consider it a treat to hear the male’s POV. I had many unanswered questions after the last book because I simply did not know what went through their heads. Putting my fears to rest, I fell in love with him all over again! Whereas TLITW, according to some standards, may have been a little tame sexually, whew…… Grab a fan ya’ll because this one is raunchy! It is H-O-T and I was NOT expecting that. I was more than pleasantly surprised. In fact, I will say it is the BEST surprise I have ever gotten in a book. There is something so erotic in hearing a male’s thoughts whilst in the throes of passion. The delicious part is that Christine doesn’t even get as illicit as I’ve read before. The beautiful way she weaves a scene and inserts you into the play allows you to infer exactly what she is saying without saying it.

I cry because I will always love Alex.

I cry because I no longer know who I am and everything I’ve ever believed in has been a lie.

Life isn’t just hearts and flowers for our beloved characters for long though. Tragedy occurs followed by another tragedy and the whole story just tale-spins from there. Hold on to your hats dear reader, for once you read 30%, be prepared to take a ride on the emotional roller-coaster. I don’t believe my heart started beating again until I got to the epilogue (which we will get to in a minute). By this point, we, and when I say we I mean I, have flown through Jesse’s portion. I’ll be honest with you here. Full disclosure; I skimmed a lot of Jesse’s part. I read it; I just didn’t analyze and scrutinize it like I did the rest of the book. A lot of Jesse’s section was flashbacks and explanations for what happened during his years with Isa. By this point, my opinion of him was already formulated and I knew it wouldn’t change. They weren’t meant to be together and no explanation would shed any light on what he had gone through. As I said, I am NOT a Jesse girl.

Before long, we are into Issa’s part and that is when the book REALLY starts to spiral out of control. I’m talking the SHIT hits the proverbial fan, on high velocity! There were so many things that happened in the last half of the book that I NEVER saw coming. It was raw, painful, shocking, heart-wrenching, and full of angst, and I loved EVERY SINGLE SECOND! I could not get enough. Isa is on a path to finally becoming her own woman, finding herself again. The journey that she takes may be unconventional, but that is what it is. HER journey. You don’t know what works for you until you try.

Before I end, a quick word about that epilogue, because we NEED to talk about it. THE BEST one I have EVER read. Just when I thought it was over, another one. And then…..another one. I felt sucker punched throughout the book, but this epilogue healed me faster than any medicine ever could!  While I look forward to future writings from CB, I am glad there won’t be any more books. Each character ended up as they should and ALL fans will go away with their cup flowing over. My heart was so FULL of love and  it brought tears to my eyes. The perfect ending to a story so personally shared from her soul.

You can lose yourself a million times over, but your heart will always know who you are. In every wound and place of emptiness, love provides a light that guides you through the darkness.

It relentlessly seeks you out and stops at nothing to find you.

And when it does, it will bring you home.

While Christine knows how to break your heart don’t worry; she also knows how to put you back together. She knows how to make you wish and hope for something that you never even knew was possible. Whether you are Team Alex or Team Jesse is no matter. Each man has a happy ending all their own. At the end of the day I came to the conclusion that it really didn’t matter; I was now, and forever would be, Team Isa. His Wounded Heart was a love letter from Christine Brae to her fans. To that I say, message received. We <3 you right back!  5 Broken and Healed Stars!

“It has always only been you. It will always be only you. My life didn’t begin until I met you. You have my heart. You are my soul. I love you.” 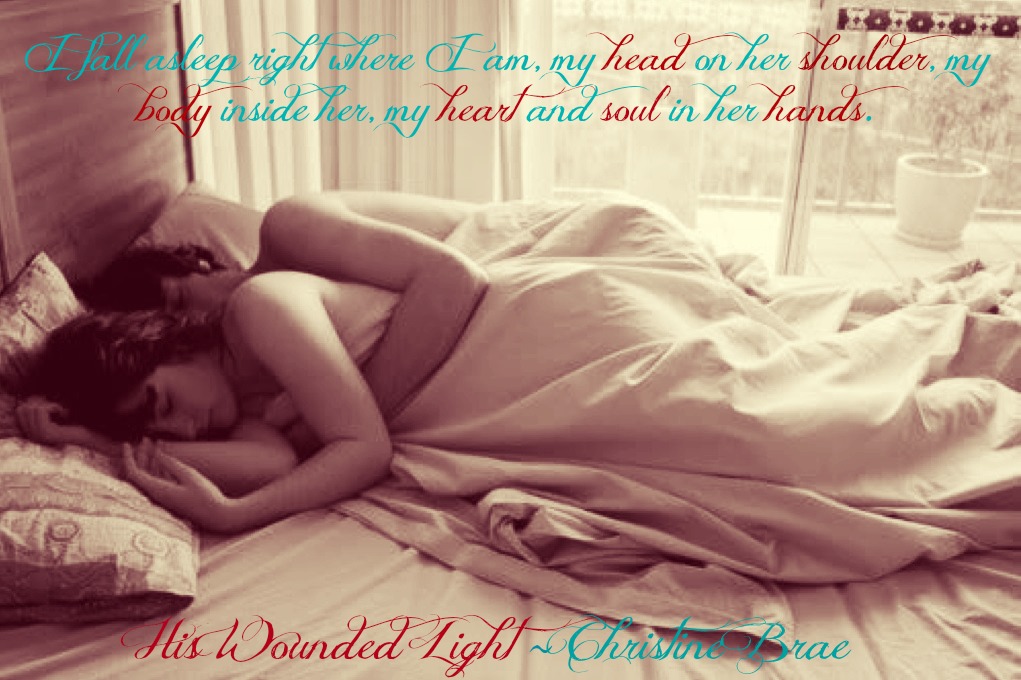 Hi! My name is Jesse Cain. Born in Spain and I am an international business owner for a living.

~ Let’s get to know you better. Tell us your favorite: ~

Song: Mostly workout type songs. I don’t listen to them outside of the gym

Movie/ TV Show: Who has time?

Band: Too many to name

Food: I am in the food business so I don’t have a favorite. I’m surrounded by food too much!

Hobbies: Again, who has time?

Vacation Spots: I’ll get back to you on that. I’m just now beginning to enjoy going away on vacation.

3 major things you can’t live without? This has changed recently. I’m still processing…..

If there is one thing you could change about yourself, what would it be and why? I need to chill a little bit more.

What is your worst habit? Planning. I can’t stop planning

Most likely to be arrested? My temper could get me in trouble, yes.

If there is one person you could bring back from the dead, who would it be and why? Let me get back to you on this.

One of your most embarrassing moments? The day I freaked out at the Four Seasons…………

Greatest regret so far? Being too young and selfish.

Greatest achievement in life? I am the CEO of one of the largest global companies in the world.

Lights on or lights off? On

Sexiest part of your body? I don’t really focus on making my body sexy.

Kinkiest thing you’ve ever done? Those high school and college days were the best!

Favorite place to get down and dirty?  Wherever my mood takes me. 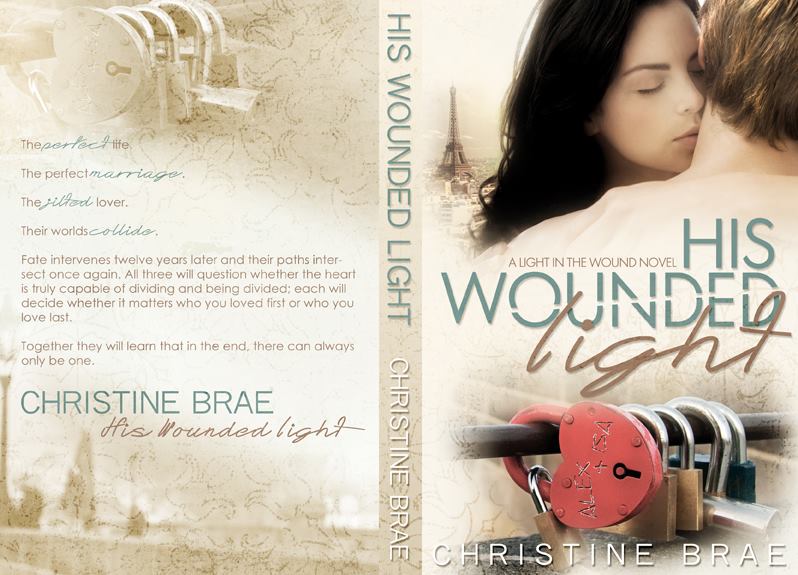 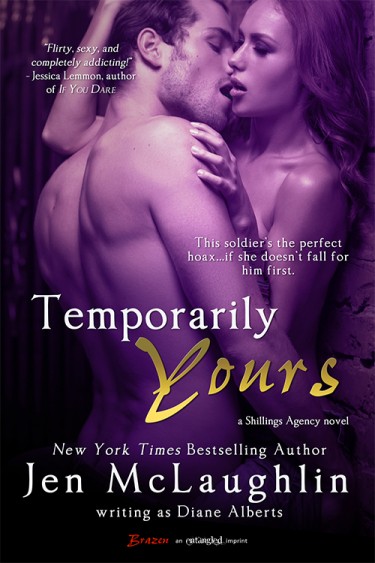