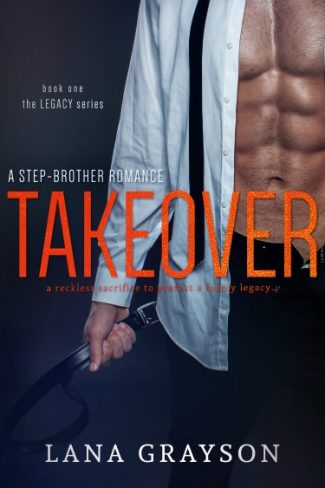 A reckless sacrifice to protect a family legacy...

When tragedy stole my family, my father’s will mandated my future. I didn’t inherit Atwood Industries. I became the only one capable of protecting it.

Atwood Industries belongs only to a male heir, my heir. And my enemies—my own step-brothers—will stop at nothing to create a shared bloodline.

But they’ve made a mistake, and they’ll forever regret trying to control me.

My family’s livelihood depended on acquiring the rival Atwood Industries and seizing the innocent woman bound within its terms of succession.

I never expected such a challenge from my step-sister.

I never thought I’d betray my own blood to protect her from the nightmare we began.

But if I don’t stop her, the woman I’m forbidden to love will be responsible for tearing apart the empire my family spent generations building. 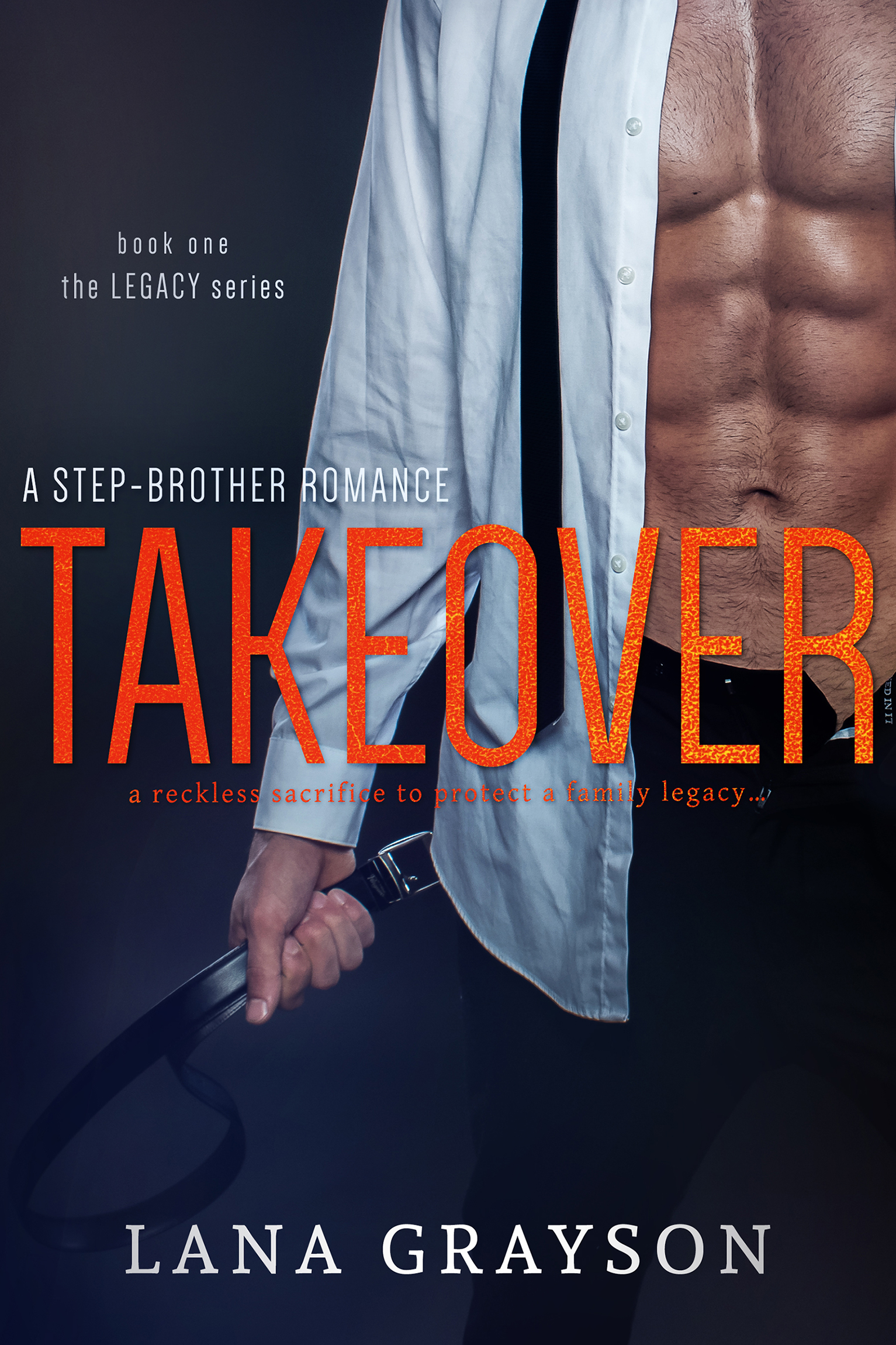 “Your fate is decided, Ms. Atwood.”

I bit my lip and stared at his. Mistake.

For the first time in a week I took deep, healthy breaths, but my body refused them all. Nicholas towered over me. The button on his suit jacket slipped, revealing a trim waist and broad, muscular chest waiting beneath the dress shirt.

He was close enough to touch.

Close enough to be dangerous.

“I don’t belong to anyone,” I whispered. “Least of all a Bennett.”

His eyes traced the ottoman where his family displayed my nudity. I didn’t react. He prowled closer, herding me toward the desk.

“I should bend you over right now.”

Why did I challenge him? I should have just run.

He seized me, and I twisted in his arms. Nicholas was far stronger than me. He forced me over the desk and I thudded on my stomach. He avoided an awkward kick and pinned me with an arm over my back.

My skin prickled in a sudden sweat as he moved behind me. His hips pressed against mine. I arched. Reflexively. Instinctually.

He curled his hand in my hair and chuckled. “You like this.”

“And who would save you, Ms. Atwood?”

Was that the distinction? Hurting me?

Physically, no. He simply held me against my will. Again. Wielded his strength over me and dragged my body where he wanted it. I could scramble away without pressing harder against him. He chided me with a soft whisper of my name—an angel’s voice with a devil’s intent.

He liked that I still tried to struggle.

“This as an opportunity,” he said. “We’re offering you every luxury. No responsibilities. No commitments. Just a beautiful home for you to enjoy with every amenity at your fingertips.” His hands slid over my hips. “This could be a life of pleasure.”

I tried to focus on anything but how our bodies touched. “You think this would be pleasurable?”

His voice lowered to a growl. “When I take you, it won’t be by force. You will surrender to me.”

My breath rattled in my chest. “Never.”

“Why would I ever give into you?”

His hands tightened. I resisted a groan. “I’m offering you a place in my bed. A partnership with a sweet reward.”

“Nothing you ever do to me will be sweet.”

“Another challenge?” Nicholas hauled me up only to sit me on the end of the desk. I groaned, too dizzy with fatigue to stop him from spreading my legs. He stepped in, pushing against the part of me he planned to capture. “Would you like a demonstration?”

“You’ll have to be more convincing than that.” 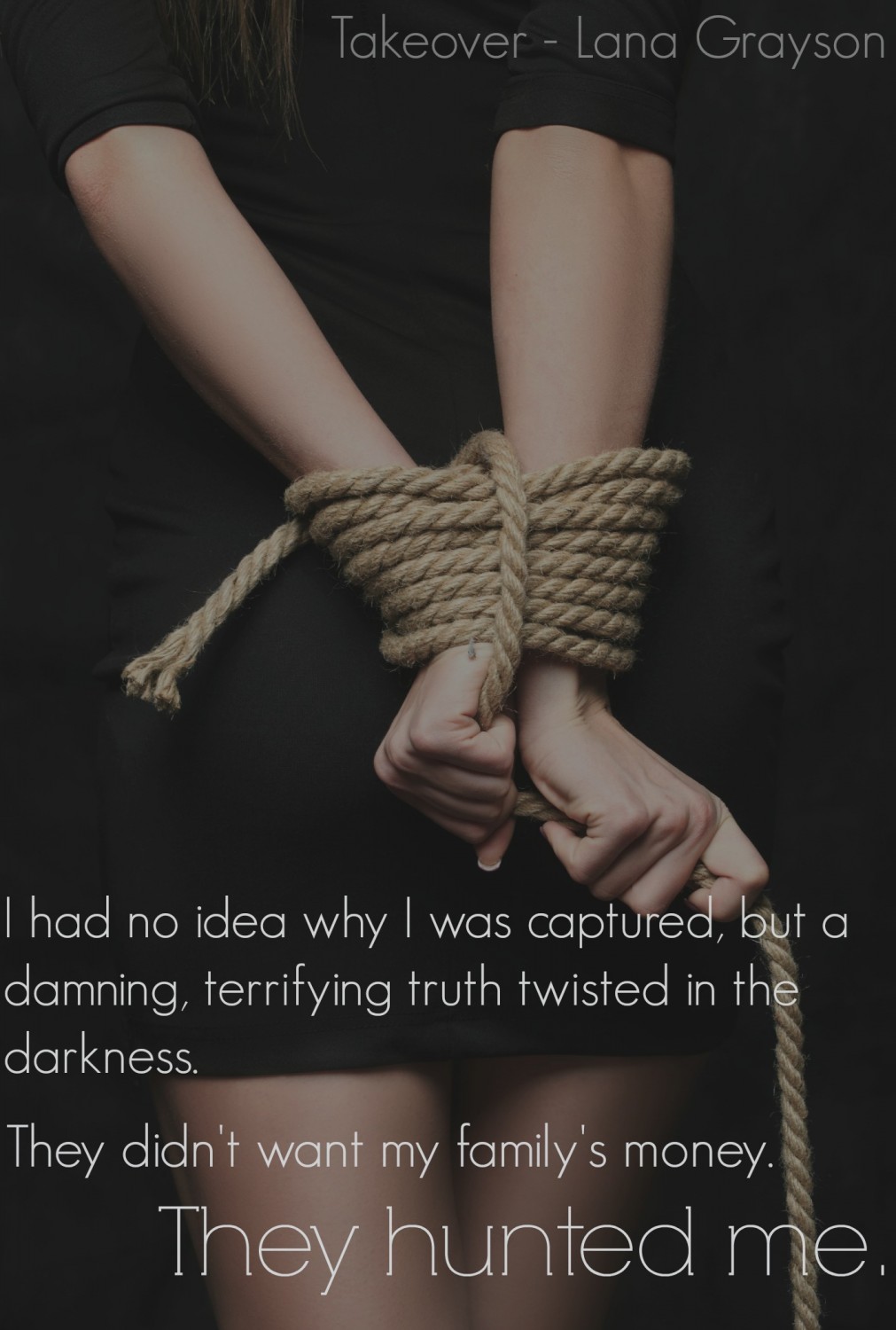 This book was a head trip from start to finish. It was wrong. It was sinful. But it was oh so delicious in a way that left you turned on and feeling quite dirty in the process. I started out feeling scared, moved onto pissed right the heck off, and then my feelings morphed into a desire I didn’t know could exist. I found myself rooting for multiple characters and within the span of the next scene, it would change once more. Though secrets were uncovered, I feel like we only scratched the surface. You’ve been warned, this book IS part of a series. The story isn’t over. And while the cliffhanger is mild, it still exists. So know that going into this book. You will be destroyed, but not in a way that you cant recover from.

At this point, I’m still not sure which step-brother I’m rooting for. And really, they are barely step-brothers, just enough to casually make it taboo. They didn’t grow up together, they weren’t raised as family, in fact, they were only joined by name 4 months prior. So I almost feel as if that little fact could have been left out of the book altogether as it doesn’t really add to the story except to make it taboo. But if you take that little bit out, I believe it heightens the story even more. I thoroughly enjoyed the story in a way that I haven’t enjoyed smut in a while. Because it wasn’t just smut. There was mystery, intrigue, abuse, captivity, and just general debauchery. When you thought a character was going to do one direction, they would go another, only to turnaround and go the way you thought they would in the first place. This was a sexual volleyball tournament, and I felt caught in the net the entire time.

I am very much looking forward to when the next book comes out. I am not sure how many more books there will be, but there were some big bombs dropped towards the end that makes me highly anticipate a resolution. Bring it on! 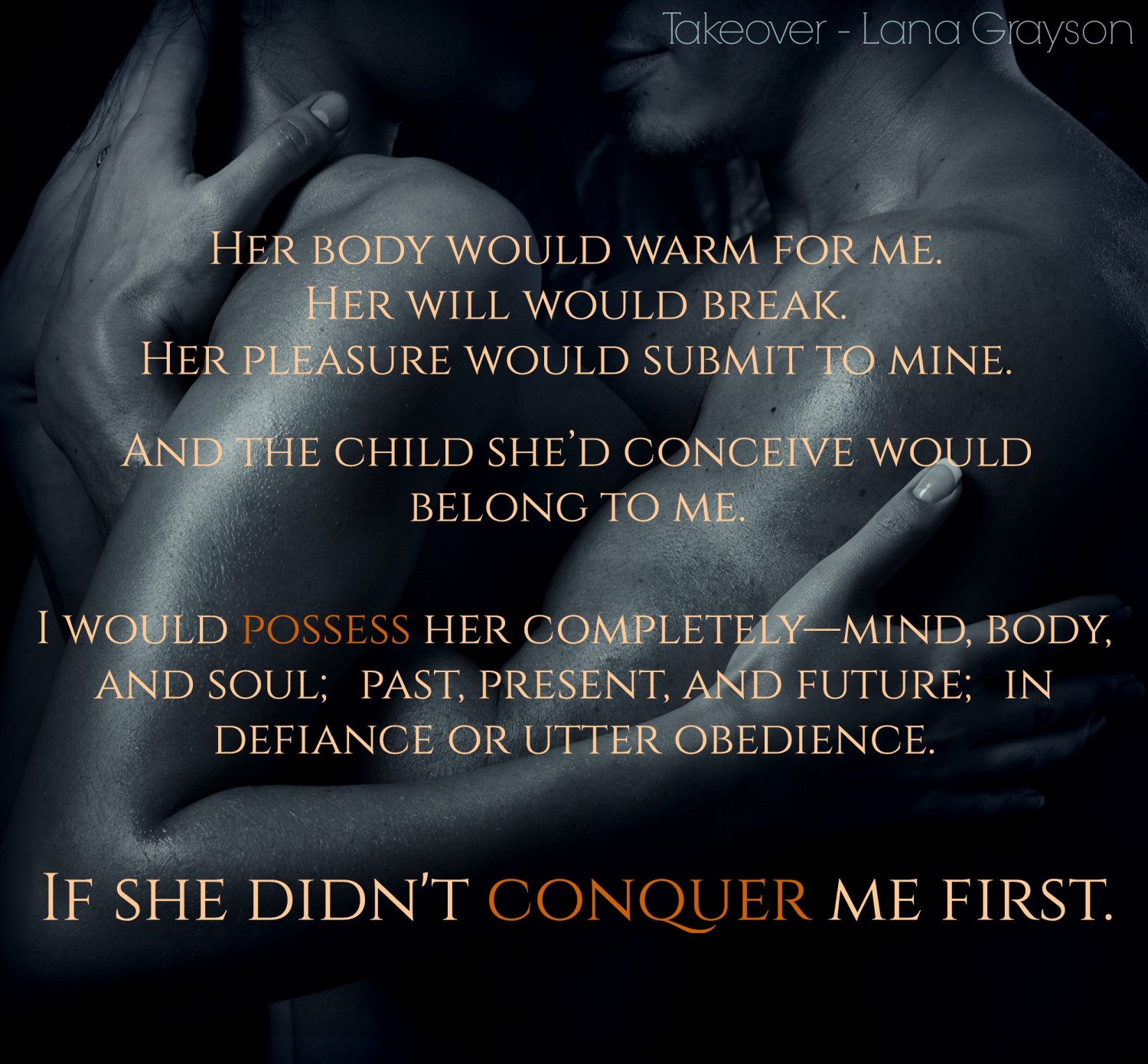 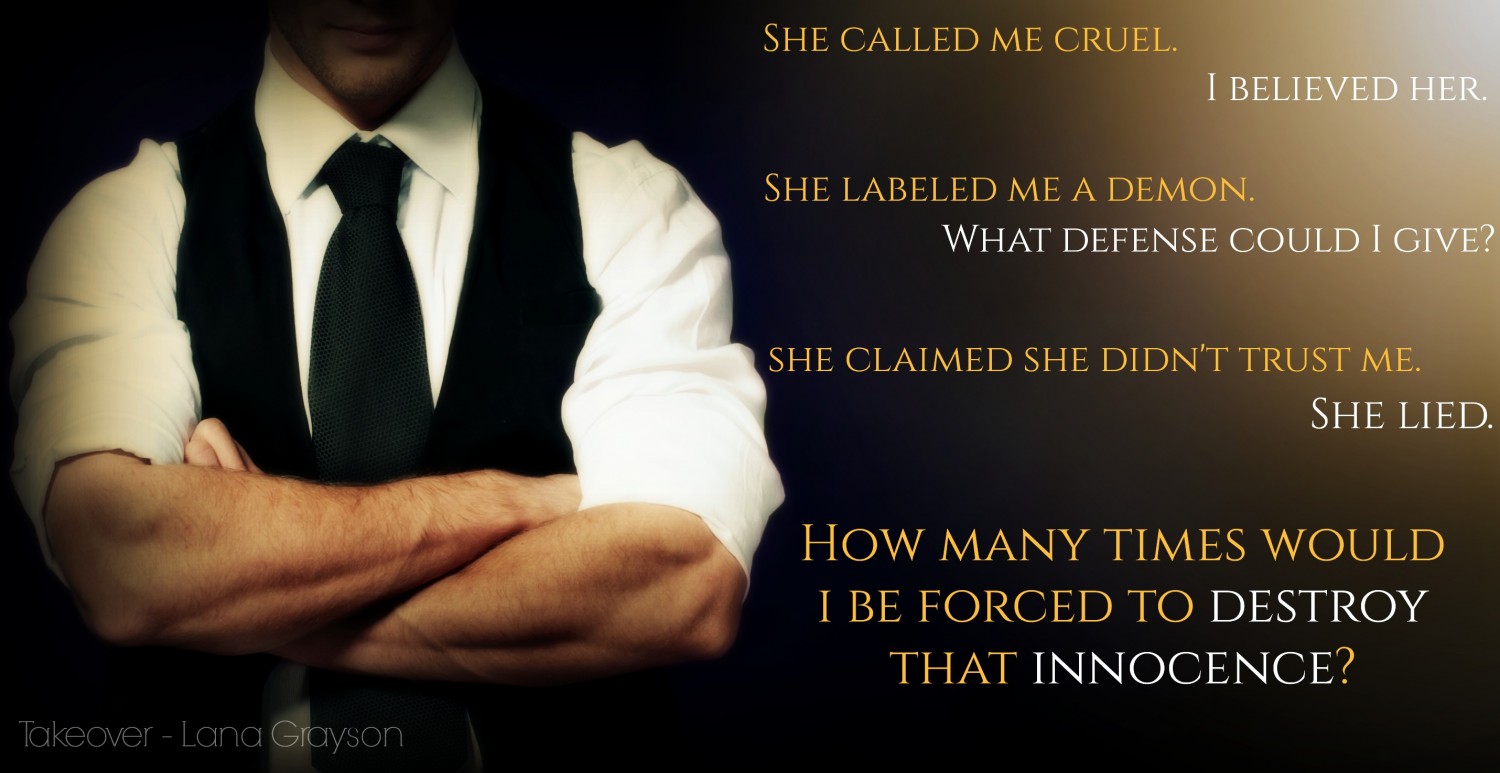 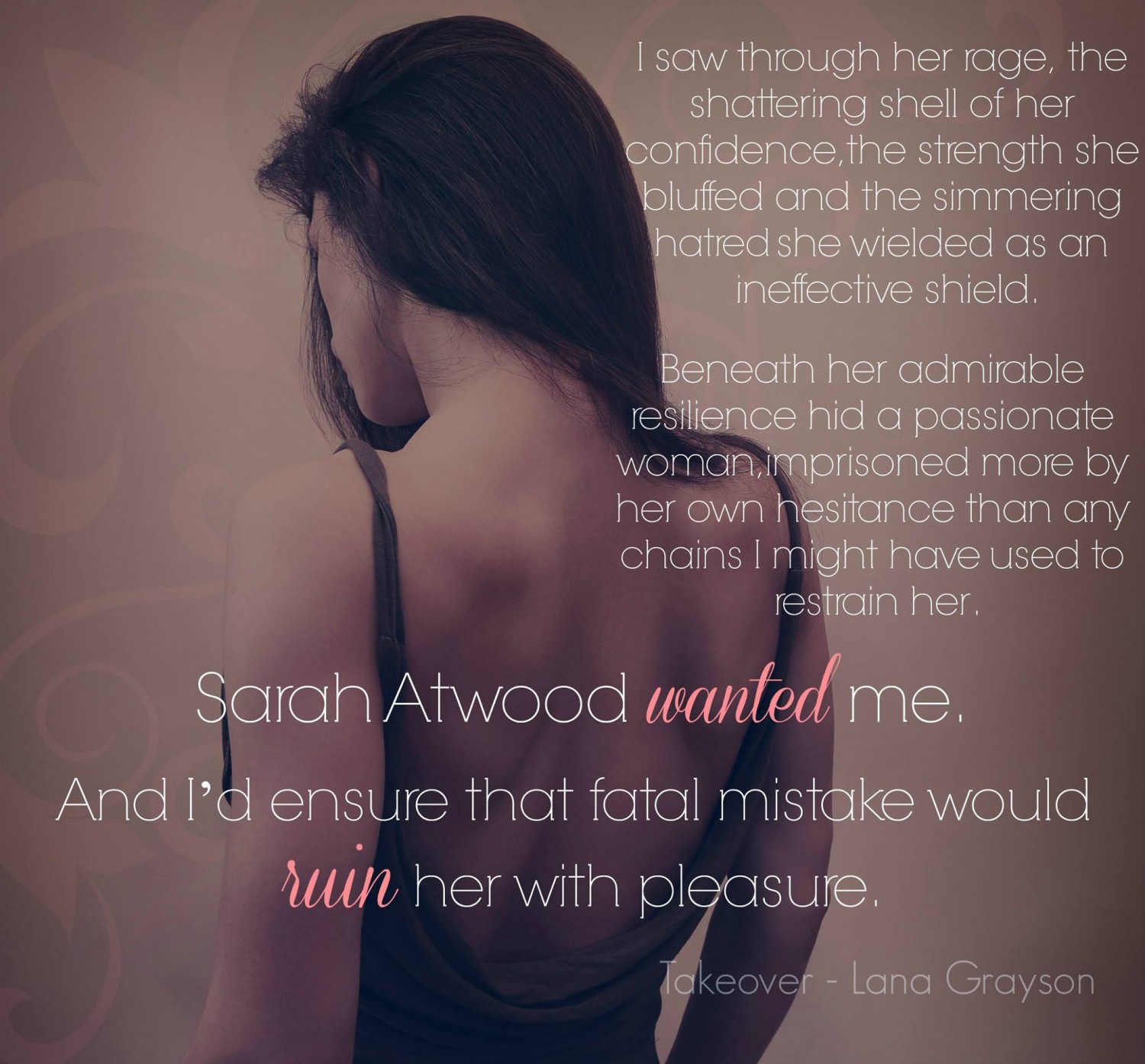 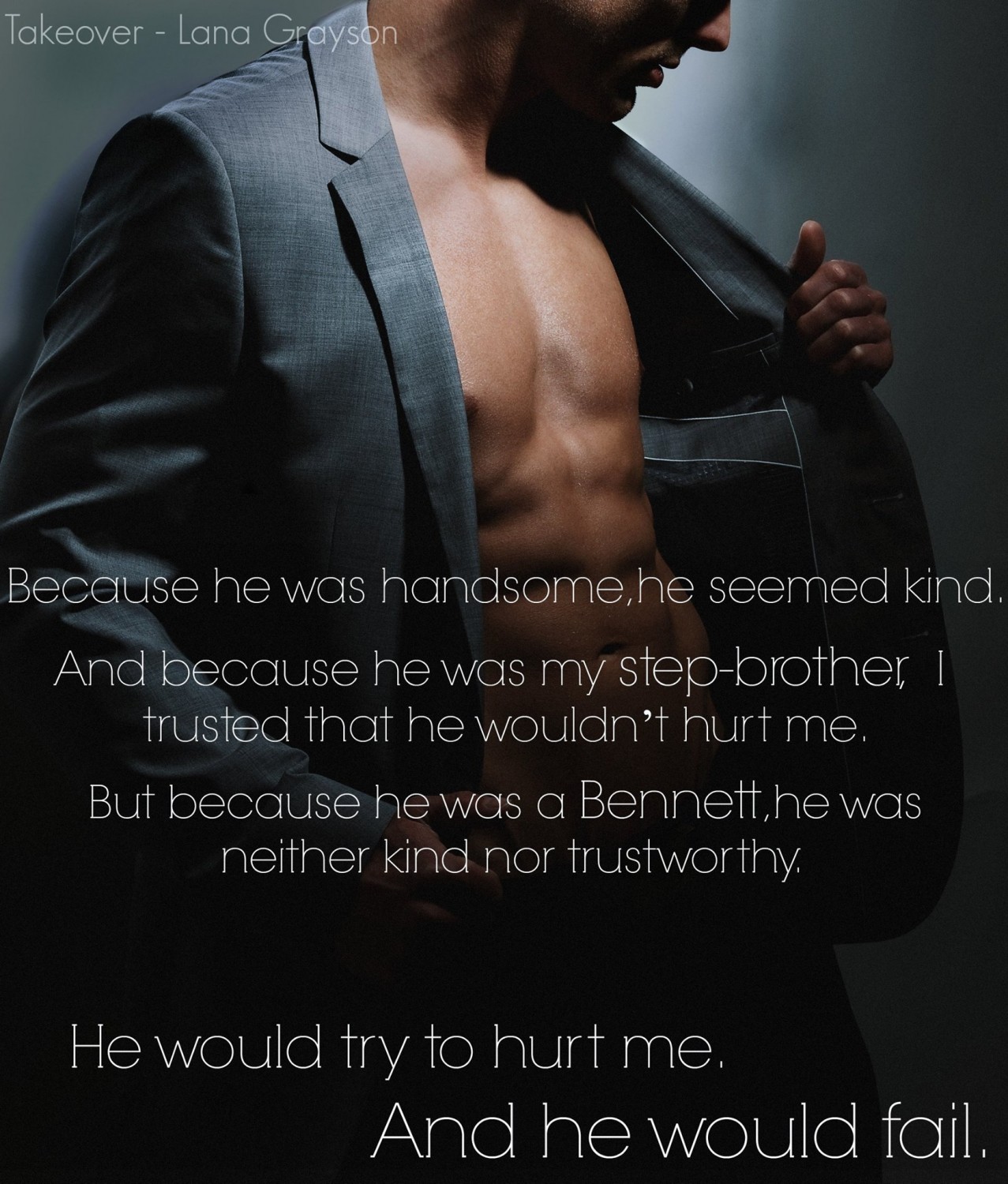 Lana Grayson was born to write anything and everything to do with romance. Her favorite genres range from the dark and twisty to the lighthearted and sentimental—as long as the characters are memorable, the story is fun, and the romance is steamy. Lana lives in Pittsburgh with her husband, and, when she isn’t bundled in her writing chair, she’s most likely cheering on the Steelers or searching for the ‘Burgh’s best Italian restaurants.