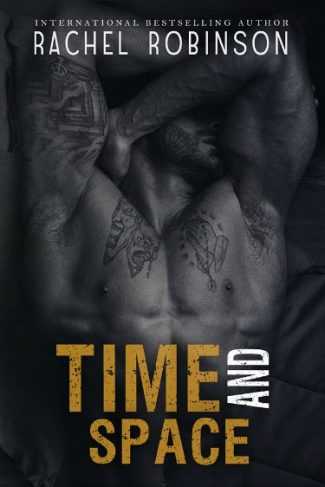 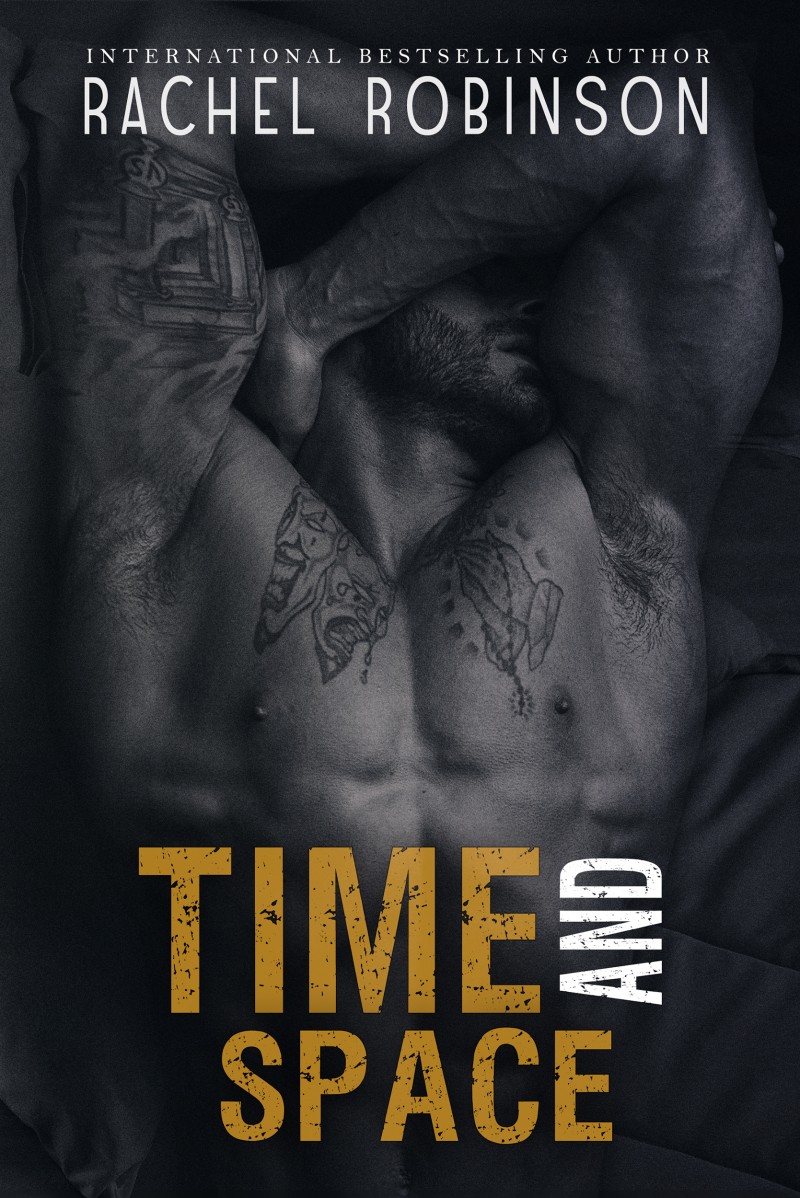 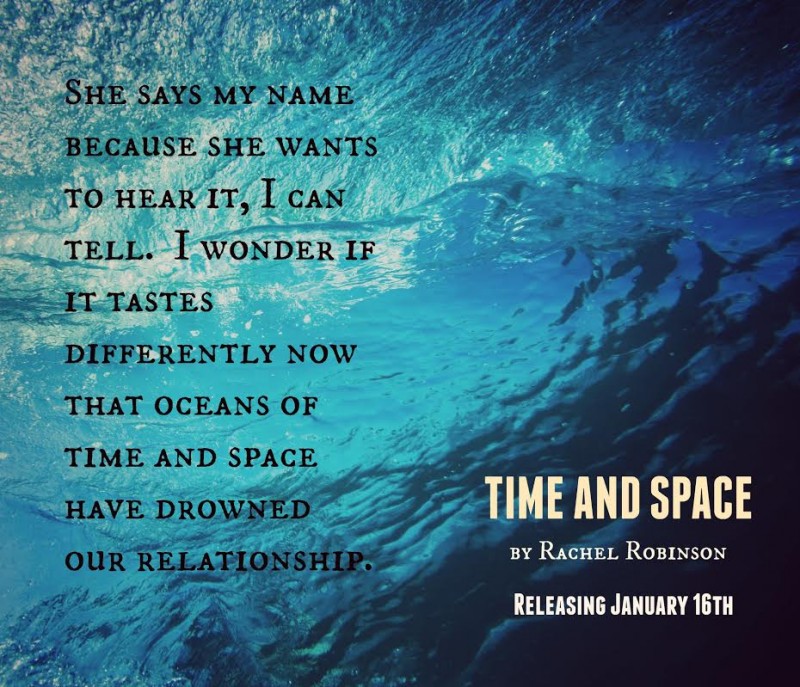 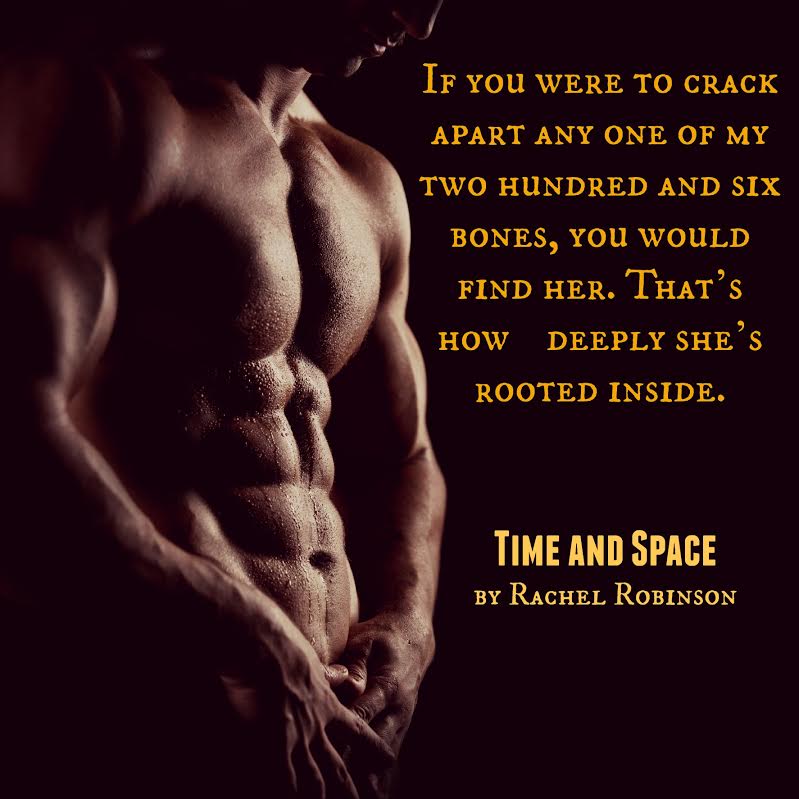 She’s been his for the stolen years. I called Dax. We spoke of Lainey and how he wants her to know she has options. He wants to win her fair and square. I didn’t have the heart to tell him fair and square loses every single time. The option that Lainey is exercising at the moment has my mouth watering and my dick rapt at attention. A stronger man–a man with more integrity would resist. I was stripped of everything, integrity included. I just want back what is rightfully mine.

“I want to kiss your entire body. You want that?” I ask, rubbing the insides of her thighs with the palms of my hands.  Her body excites me. It’s familiar and brand new at the same time. Everything washes away when I touch her. I can block my pain receptors with her pleasure. I can forget. “Every single square inch of you.” I say folding my hands around her tiny, tan waist.

She nods. Her doe eyes challenging me to merely kiss her. Smirking, I lean over her drag my lips across her tits, down her stomach and back up her neck to find her mouth. Lainey whimpers as I rest some of my body weight on top of her.  My mouth is watering by the time I bring my lips on top of hers. Her scent is all around me, her warm skin is against my chest, my cock is nestled right where it wants to be. How to tell her how much I’ve missed her? Or that her fucking gorgeous face is still the center of my universe? 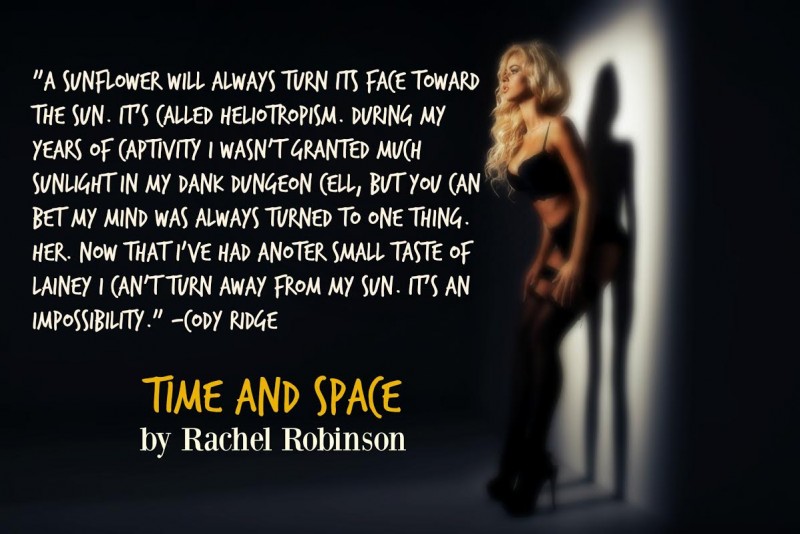 I love when you re-read books from an author and you are reminded just why they are one of your favorites and what exactly drew you to them in the first place. One of my favorite sub-genres is the one that involves military men. I particularly love me some Navy SEAL’s, but really, I’m not picky. Add to that some steamy erotic suspense and a group of characters you instantly fall in love with and you have a winner in my book. That’s what happened when I read Crazy Good a while back. I became invested in the main characters as well as the side ones and longed for the books that starred each of them. So this go around, I re-read Crazy Good, then read Set in Stone for the first time, and eagerly anticipated Lainey and Cody’s story in Time and Space. The premise was so delicious and heartbreaking, and I just knew it would fuel all my favorite triggers. But although we had seen glimpses of these characters in the previous books, we really didn’t know much about them. That being said, our favorite characters from the other two books were in the story quite a bit, and it was great catching up with them!

I absolutely adored all the phrases and pet names that they had for each other. This was truly a couple that was in love until tragedy ruthlessly tore them apart. They were put in one of the worst positions possible. He was a POW, presumed dead, then returned to her 3+ years later once she had finally moved on. So here is this epic love reunited and she’s engaged to someone else. The back and forth between them, the time jumps, the heartache and longing, it literally ripped my heart in multiple pieces. This book fed my little angst monster like not many others had done recently and my sometimes black heart loved it! And then, as if everything wasn’t already complicated enough, there was an added suspense element to this story that threatened to destroy them every second. I’m coming to find that my favorite genre is romantic suspense and Time and Space pushed all the right buttons for me.

I admired the strength and vulnerability that Lainye displayed. Here was a multifaceted character who at her core just wanted her own happily ever after. She thought she had found it, only to have it ripped from her and then returned unknowingly. I can’t begin to imagine the turmoil she must have felt. And for this strong, yet seemingly broken man to have to just walk away from her, because he thought it was for the best. This book was pure torture in the best possible way! The connection that they shared transcended anything on this plane. It was quite literally beyond time and space. What they shared and felt could not be denied, not matter how hard they fought it. Push and pull. Push and pull. I particularly loved that they didn’t sneak around. She was honest with her current fiance from the get go. It took something that could have turned tawdry and illicit and made it beautiful. It takes real strength and character to be able to face the hard stuff, and they both met it all head on. They beat each other down only to bring each other back up. Not only was Cody a dirty talker, but he also spoke from his heart. Some of the most beautiful sentiments fell from his lips. It was romance at its finest and I never wanted it to end. 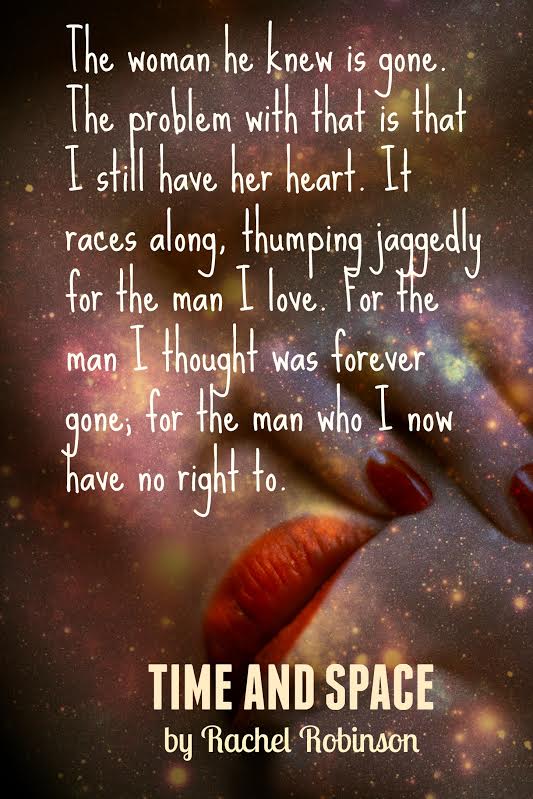 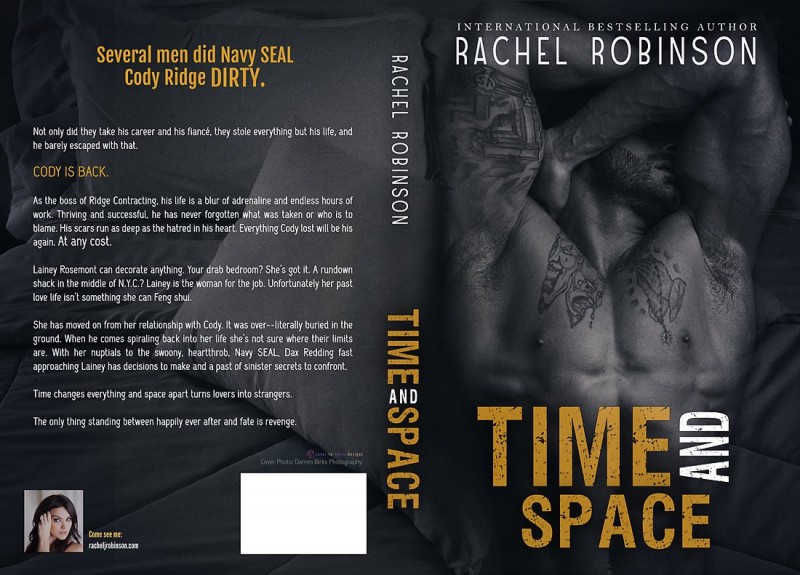 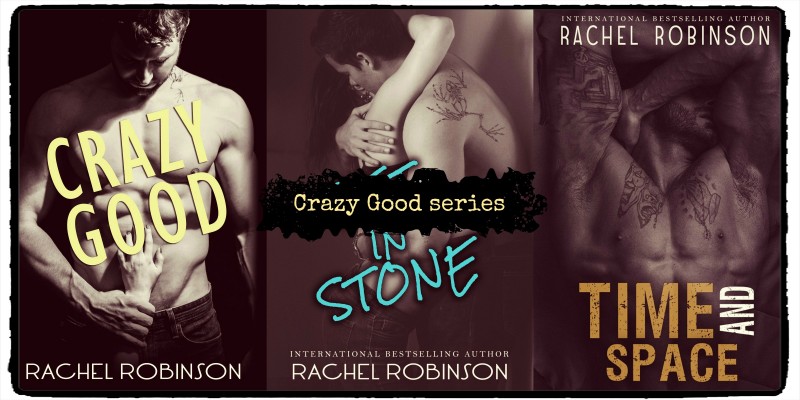 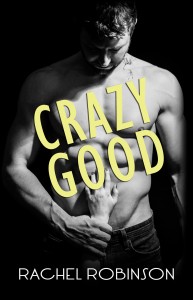 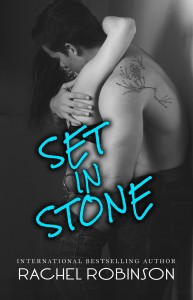