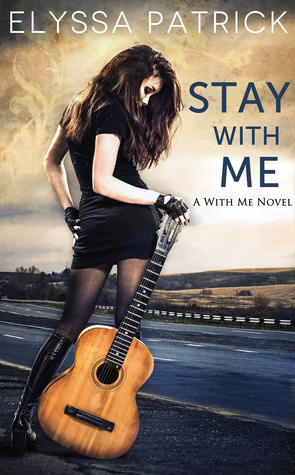 With one kiss, it changes everything between us . . .

I’ve been famous since I can remember. Singing, acting, dancing—I’ve done it all. The tabloids cover my every move, but I don’t want that anymore. I want to be normal, whatever that is.

When I leave Hollywood for college in Vermont, I’m on my own for the first time in my life. This is my chance to figure out who I am and what I want in life.

But it’s a lot harder than I expected. I can’t escape my image. Classes are difficult, and I’m struggling. And then there’s Caleb Fox.

Caleb is the one man who doesn’t want to use me. He breaks down my walls. He challenges me. He wants me. And I just don’t know if I can give him the same—or if he’ll stick around when he finds out my shameful secret that the tabloids haven’t managed to uncover.

Dating him is risky enough, but loving him could break me.

I’ve been eyeing this book for a few months now. I know they say you shouldn’t judge a book by its cover, but I do. A strong cover grabs me, and I will often add it to my TBR without even reading the synopsis.

This is the story of Hailey Bloom. Haley has been in the entertainment industry since before she could even walk. She’s been owned by the world, and never done anything for herself. At eighteen, she decided she wants out of that world, and drops out of sight to attend college in Vermont. She is so unsure of herself, and doubt cloud her vision at every turn. Wanting a night out, she attends a party and she runs into Caleb Fox.

His tongue slides against me, tasting, seeking. He’s all I know, all I want to know, and I want him to know me in every possible way.

Attraction is instant between these two, but Hailey is convinced Caleb only wants her for one thing. She is treading on thing water already where her self esteem is concerned, and she isn’t sure she can take much more.

Along with Caleb, we are introduced to his sister Meghan, as well as his roommates. This book is the first in a series, so I am anticipating future books starring the roommates. In Meghan, Hailey finds the best friend she has always yearned for.

Tomorrow. The tomorrow after that. All the future tomorrows. There is a lot to look forward to.

I don’t even think of what I’m doing. I don’t see, and with not seeing, I can’t see if it’s wrong or not, and maybe nothing would be wrong with it anyway. Maybe there’s nothing wrong whatsoever with creating.

I thoroughly enjoyed this story, and the words flow effortlessly. I cannot wait for the future installments in this series!

I love you may be only three words…three syllables, but those three words are the most powerful, precious ones in the world. And the most freeing.

Elyssa Patrick is a former high school English teacher who left the classroom to write contemporary romances and New Adult. She is currently hard at work on her next novel.