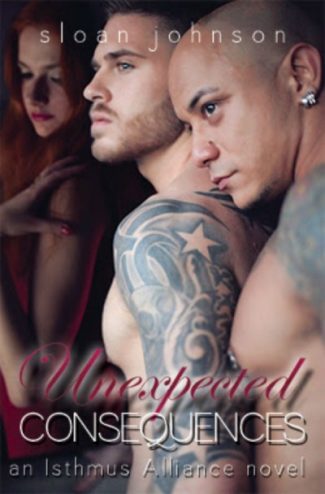 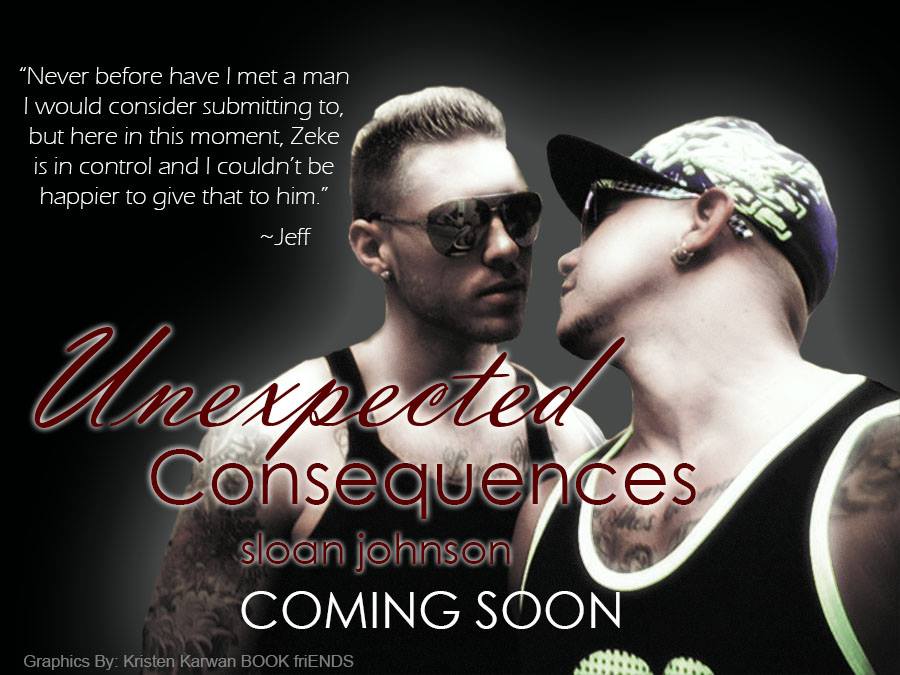 I run my fingers down the length of her arm, silently vowing to do whatever I can to make sure nothing like this happens again. I’m not talking about the accident. As much as I will go out of my way to protect her, I know things happen in life and it’s impossible to plan for every scenario. I’m not foolish enough to think that I’m in love with her, but there’s definitely something deeper than friendship between us. Between all of us. And we need to make sure we’re on the same page in the future.

“I’ll be back as soon as I can,” I whisper into her ear. “Zeke’s going to stay with you. If you wake up and need anything, tell him.” She may not consciously hear me, but I hope my words register with her on some level. I brush the hair away from her forehead, resting my lips there for a moment before turning to leave.

Zeke falls in line behind me as I move toward the door, his fingers laced with mine. “Hurry back,” he says, tilting his head up to kiss me. I lean against the door, effectively barring anyone from entering.

I tug at his t-shirt so I can run my hands along the firm ridges of his abs. Zeke moans when I flick his nipple ring. If we had more time and I had more energy, I’d do the same with my tongue, freeing my hands for further exploration, preferably inside his jeans. There are so many other things I need to be focused on, but Zeke is the one person capable of giving me the physical release that will serve as a reminder to not get carried away with my own thoughts. 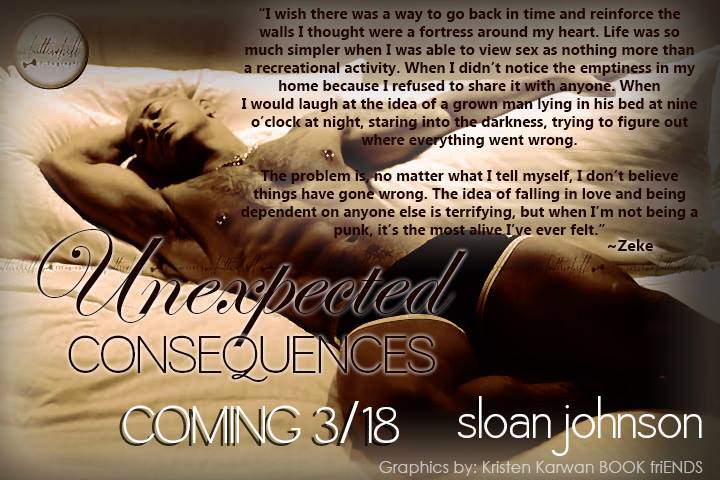 Maybe the world is more ready for us than we are for the world.

So before this book, I had yet to read anything by Sloan Johnson. Not from lack of wanting to, mind you, but we all know how everlasting TBR’s can be. I am one of those people that even when an author says it can be read as a standalone, if it is part of a series, I just CANNOT do that. I HAVE to read them in order. It’s one of my biggest pet peeves when it comes to books. I NEED to know the back story. That being said, I carved out enough time in my schedule to fit in all three books. I needn’t have worried about not having enough time to finish, because these books were SO good, I literally FLEW through them! Sloan touches on BDSM in these books, and the men are most definitely Alphas, but at the heart of them all is just that…heart. And it is a beautiful thing to read.

“That would imply we were doing something wrong. And that was anything but wrong.”

I think what I loved about this book the most is that while there was HOT sex, and plenty of it, it wasn’t JUST about that. It was about the relationship between Mary, Zeke, and Jeff. Yes, you read that right; there are three people involved. This is not my first ménage book by a long shot, but it is one of the few that I’ve read where an actual relationship was being worked on. Many people shake their head and look at triad relationships as immoral, but I figure you cannot help who you love, and if you have more love to spread around, what is the harm in that? These were three people that to their core, loved each other deeply. They were all different in so many ways, but it was their commonalities and differences that cemented their union. It was their honesty with each other that kept me coming back for more. It was the way they could see, without even a word being spoken, when one needed something. Unspoken words screamed volumes, and they grew attuned to it in one another. I absolutely adored this book!

Together in the darkness, our bodies find a languid, steady rhythm, sealing our fate to one another without a single word.

The characters, ALL of them, were extremely relatable and I couldn’t get enough. The dominance of Jeff, the gentleness of Zeke, and the level head of Mary; they were three pieces of a well crafted puzzle that just fit. I also loved that while it was a typically unconventional relationship, it certainly didn’t read like one. They all faced problems and dealt with issues that would arise in ANY relationship, and I think it speaks volumes towards the literary prowess of the author to be able to not only portray that, but to portray it so well. Sloan Jonson has cemented me as a fan for life, and I will always come back for more! 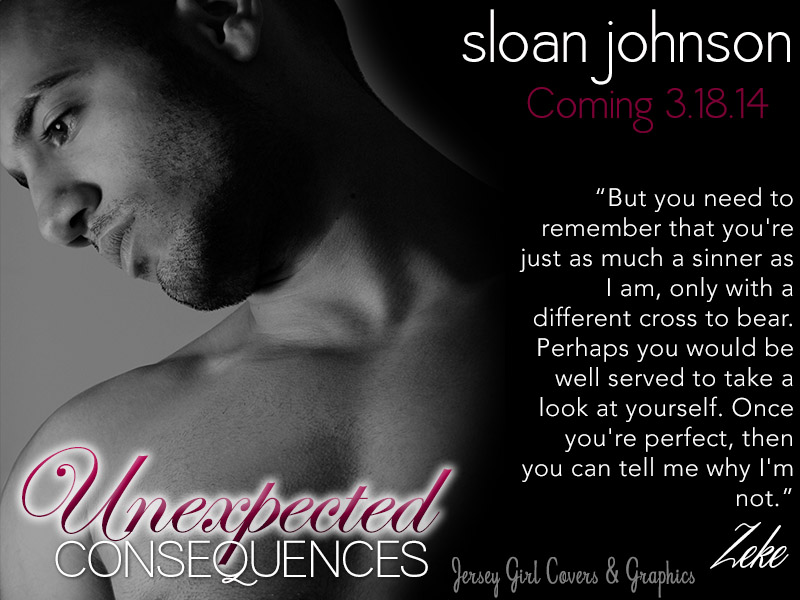 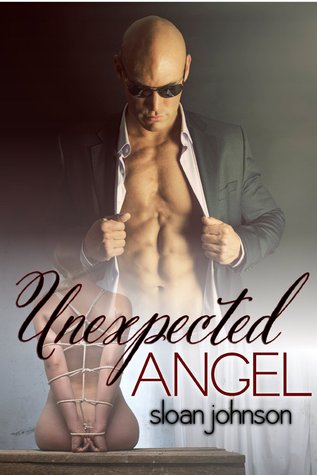 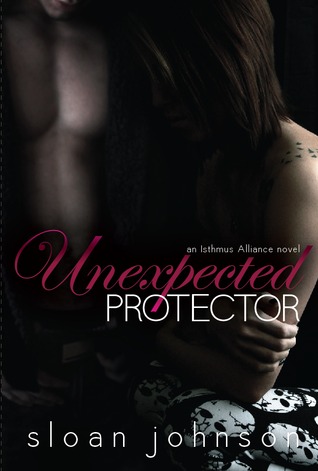