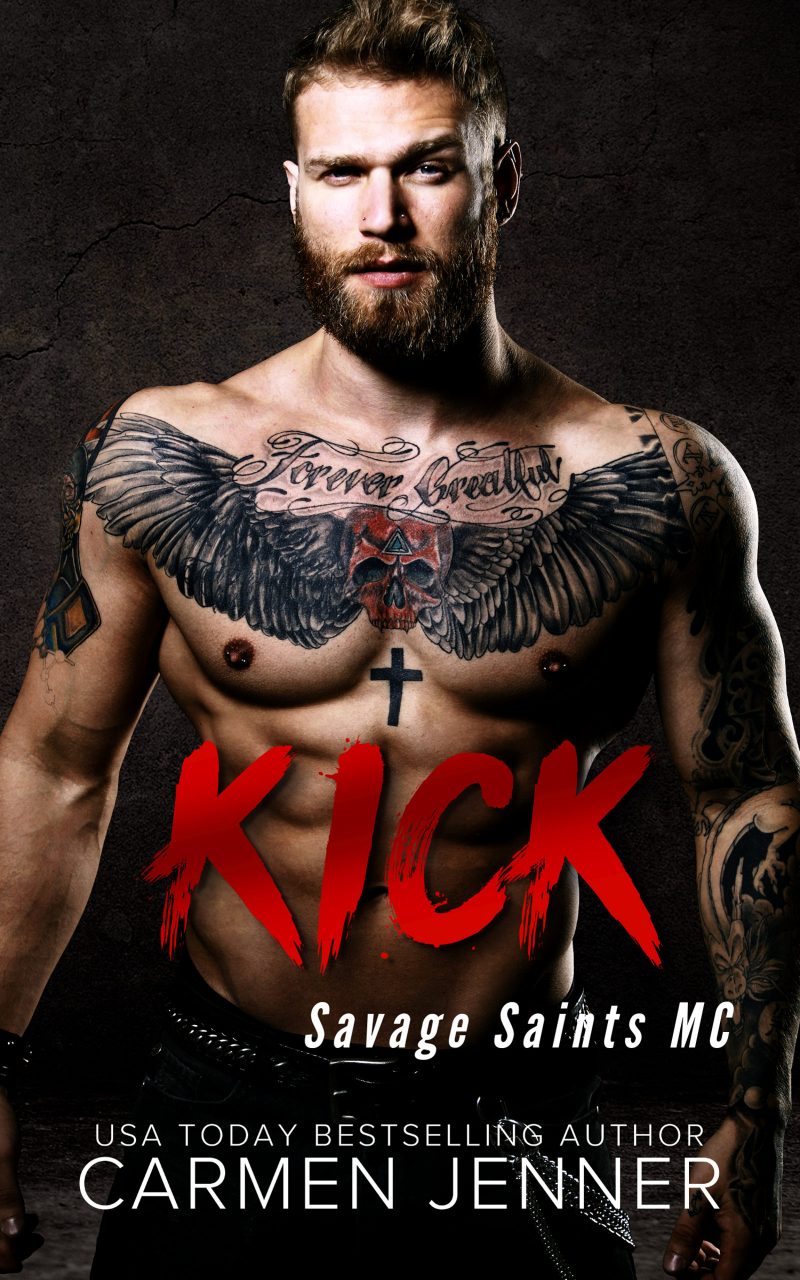 My name is Daniel Johnson.
I have betrayed everyone I ever loved. 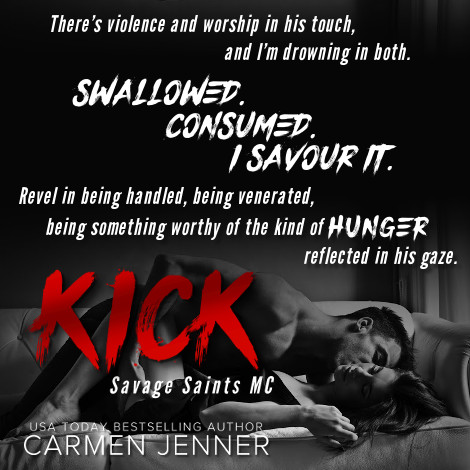 The familiar click of my gun being cocked echoes through my small room. I laugh. Fucking ballsy bitches make me hot.

“Hands in the air, and turn around. Slowly,” the woman says through a scratchy throat. I do as she asks, mostly because I want to keep my spine intact, but also partly because bitches with guns are fucking hot, and I’m hard as a rock just thinking about the way she’s gonna look with a pistol trained on me.

She’s been busy while I was out, rummaging through my drawers and finding a pair of loose tracksuit pants. They’re rolled at the waist, so much that it makes her look pregnant. That, combined with her crazy fuckin’ cat lady hair and the filth covering her body, makes her look like a homeless person.

I smile and clasp my hands behind my head. Her eyes rove over me, taking in my size. She’s checking me for the arsenal I so obviously have stashed away in my fucking worn, faded jeans. She’s not checking me out and dreaming about me taking her rough and hard on my scratched-up dining table, but I still get a fucking boner out of having her eyes roam all over me.

“Pick up the keys, and open the door,” she commands.

“Pick up the fucking keys.”

I snatch up the keys and lob them at her, hard enough that she has to twist out of the way. She cries out as she does, proving to me that her ribs are definitely injured, maybe even cracked. I lunge at her. Shoving her back against the bed, I land on top of her, warding off her blows with one hand and squeezing her wrist with the other until she drops the gun on the floor.

“You’re not leaving this clubhouse,” I whisper in her ear as she struggles beneath me. “The best you can hope for is to play nice, and I might decide to keep you as a house mouse. But if you piss me off, and if you pull on me with my own gun again, your life will be so much worse. You thought the dentist was fucked up? Baby, you haven’t seen anything until you’ve lived inside my fantasies for a day. So if I were you, I’d be really fuckin’ careful about how you play your next move.” 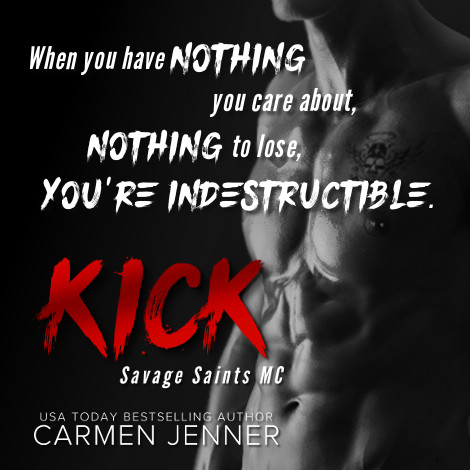 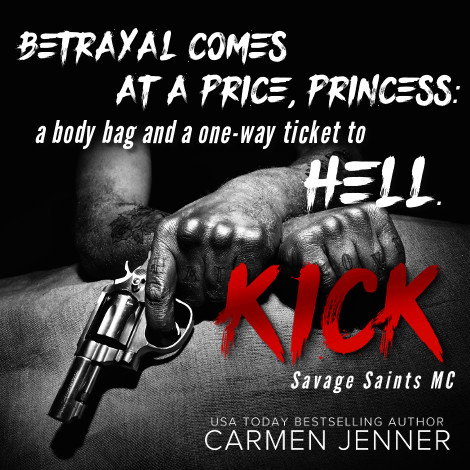 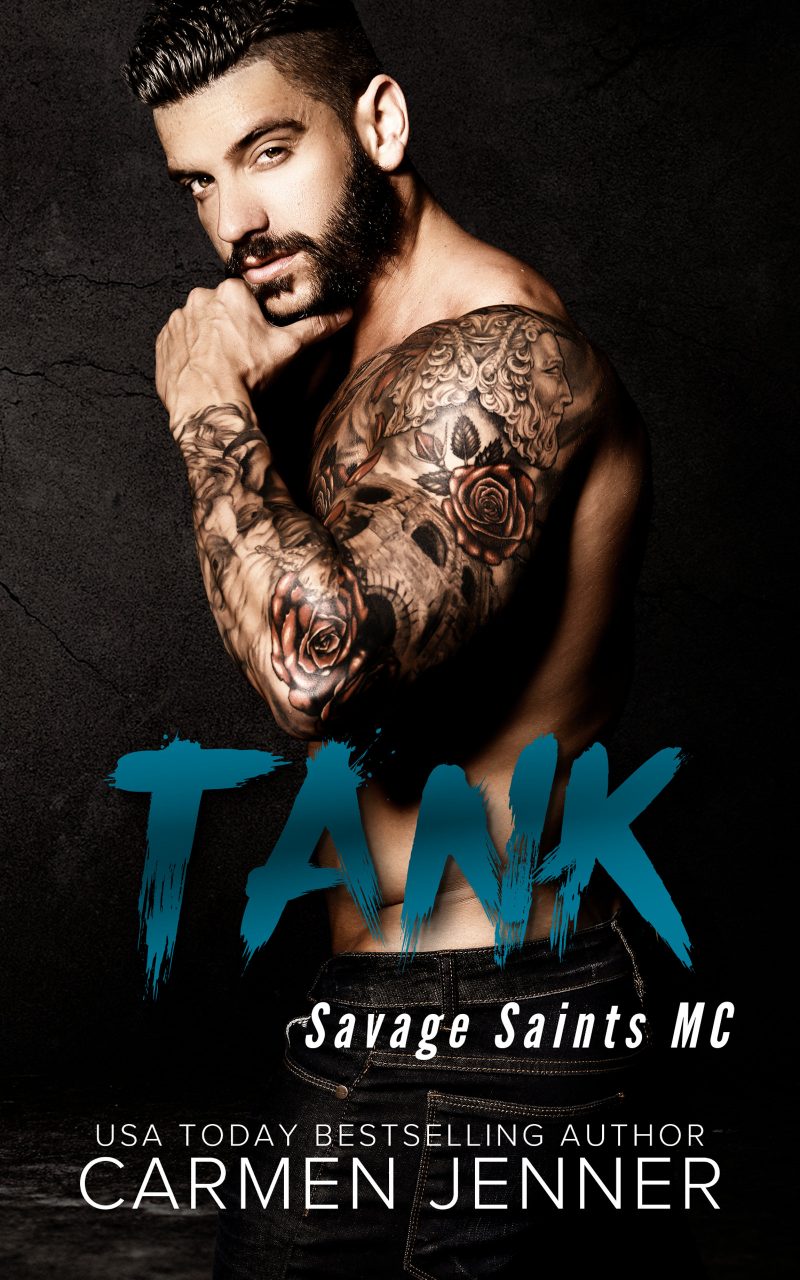 Until now.
Until her.

Warning: Tank contains graphic violence, profanity, drug use, and explicit sexual situations that may be a trigger and cause some readers emotional discomfort. Intended for an 18+ audience only. Not intended for pussies. 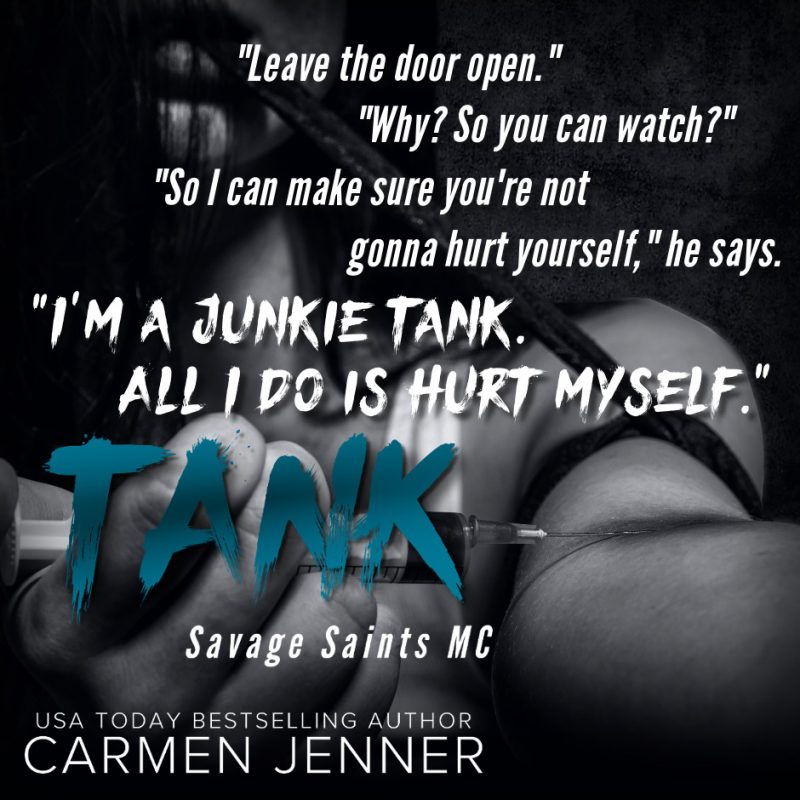 I step closer and snag her around the waist. She fights. I wrap my hand around her delicate little throat. Ivy stills. Desire flares in her eyes, and I bring my lips to her ear.

“Let me be your cocaine.”

She laughs humourlessly. “You can’t.”

“Because you don’t want to hurt me,” she says. Tears escape the corner of her eyes, and she shoves out of my embrace and leaves the garage.

I may not want to hurt her, but someone’s gonna pay for this shit. I’ll find out where this fucker lives, and fear will be my tithe for every second he made her suffer, hate herself or doubt how fucking incredible she is. I’ll make him pay with the worst pain imaginable. I’ll set fire to his flesh, and rejoice in the screams.

There is only one God in my world, and it’s the fear in a man’s eyes as he looks on your face and knows with one hundred per cent certainty that it’s the very last thing he’ll ever see. It’s the swift, cold hand of death as she grasps you by the throat and doesn’t let go. And I have every intention of introducing that sick fuck to my God and makin’ the two of them real fuckin’ cosy. 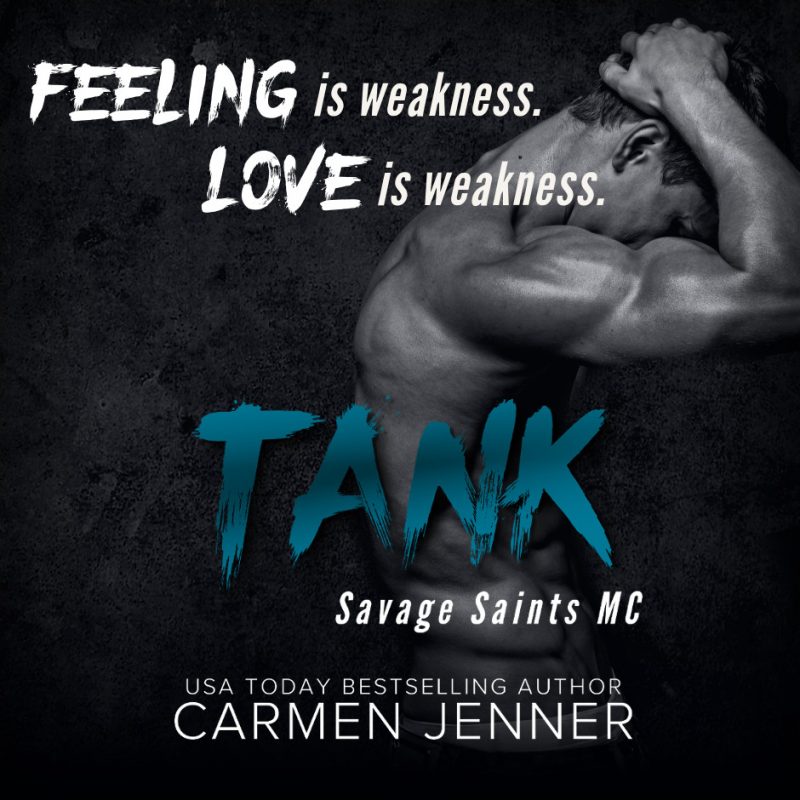 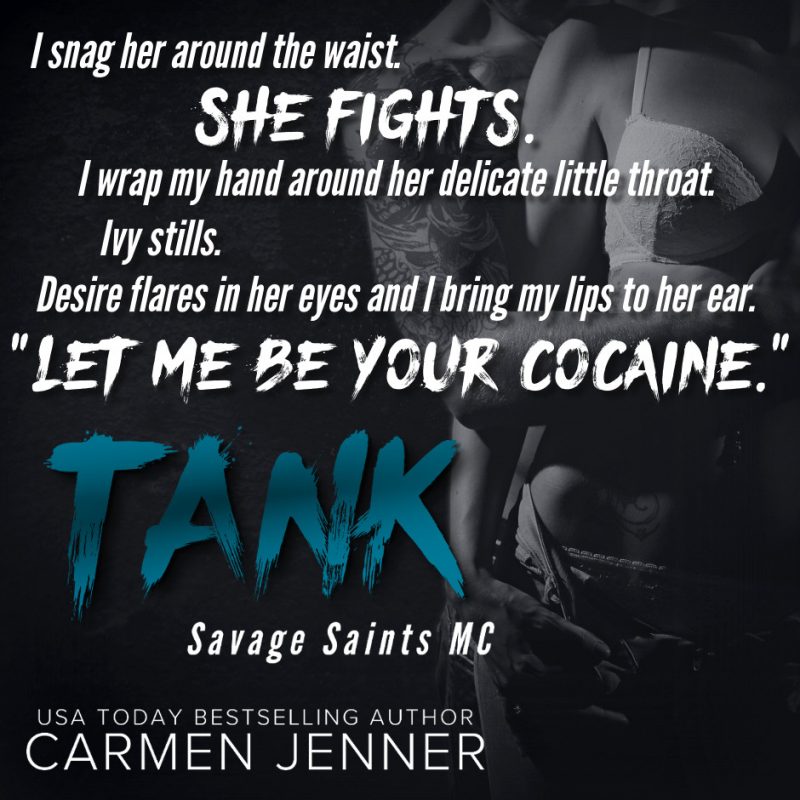