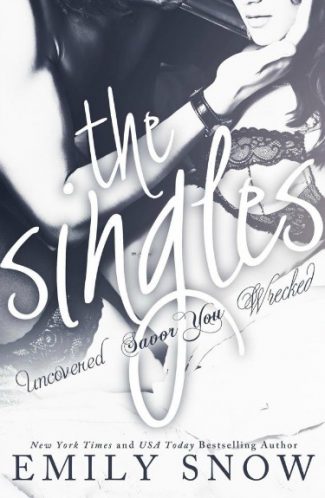 For a limited time only buy all three of Emily Snow's Singles (Uncovered, Savor Us, & Wrecked) for $0.99. 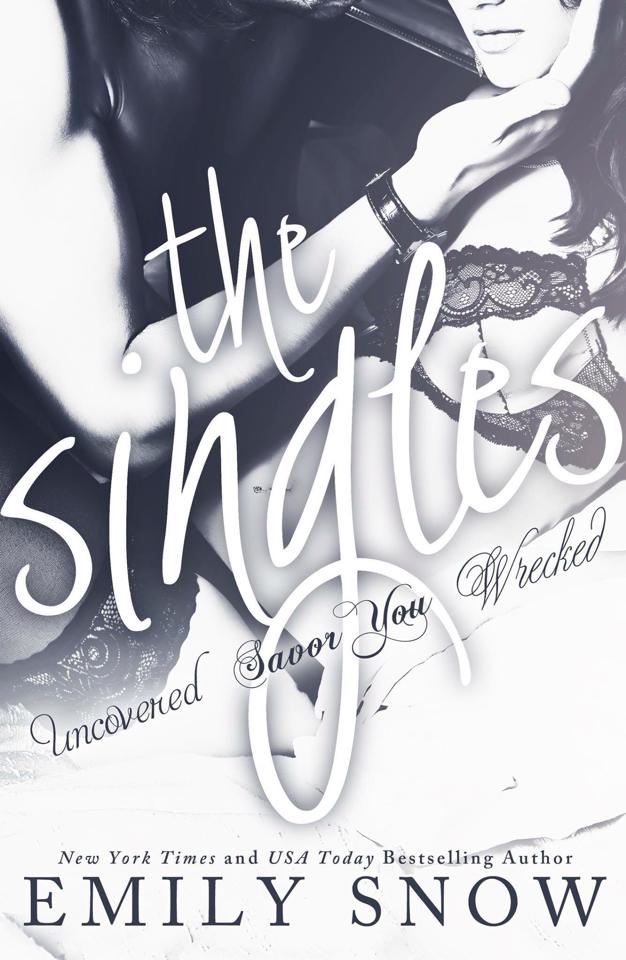 For a limited time only buy all three of Emily Snow’s Singles (Uncovered, Savor Us, & Wrecked) for $0.99. 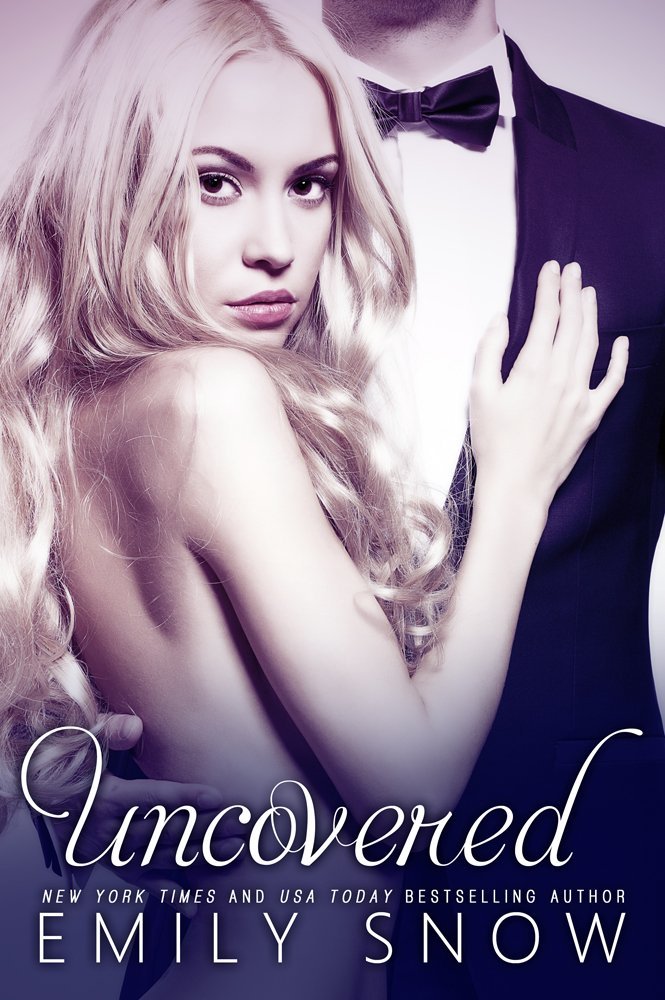 My name is Lizzie Connelly, and I have it all. The gorgeous apartment. The new job most women would rip out their own souls for—working for Margaret Emerson at Emerson & Taylor. I have one of those lives you’ve always dreamt about, the kind you only see on HBO. But, the thing is, that life is a lie. A façade.

It all started with one call. “Everything you know about your story—your father’s story—is a lie. It’s up to you to uncover everything.” One call, and I turned my world upside down to dig my way into Margaret’s life—the woman who I’d never laid eyes on until recently. My stepmother who took everything after my father died fourteen years ago.

The plan was simple—figure out what role she played in my father’s death and expose her to the world.

But here’s another thing: simplicity doesn’t exist, and my plans are flawed from the beginning because I never anticipated Oliver. Sexy, too smart for his own goddamn good, and infuriating, he’s the one person who could blow my plans to uncover Margaret. She’s his mother, and in another life, that would have made him my stepbrother.

I want to pretend that none of that matters, that I can simply finish what I came to do without sparing him a second glance and another thought.

Like I said, though, there’s no such thing as simplicity.

My real name is Gemma Emerson.

And this is my story. 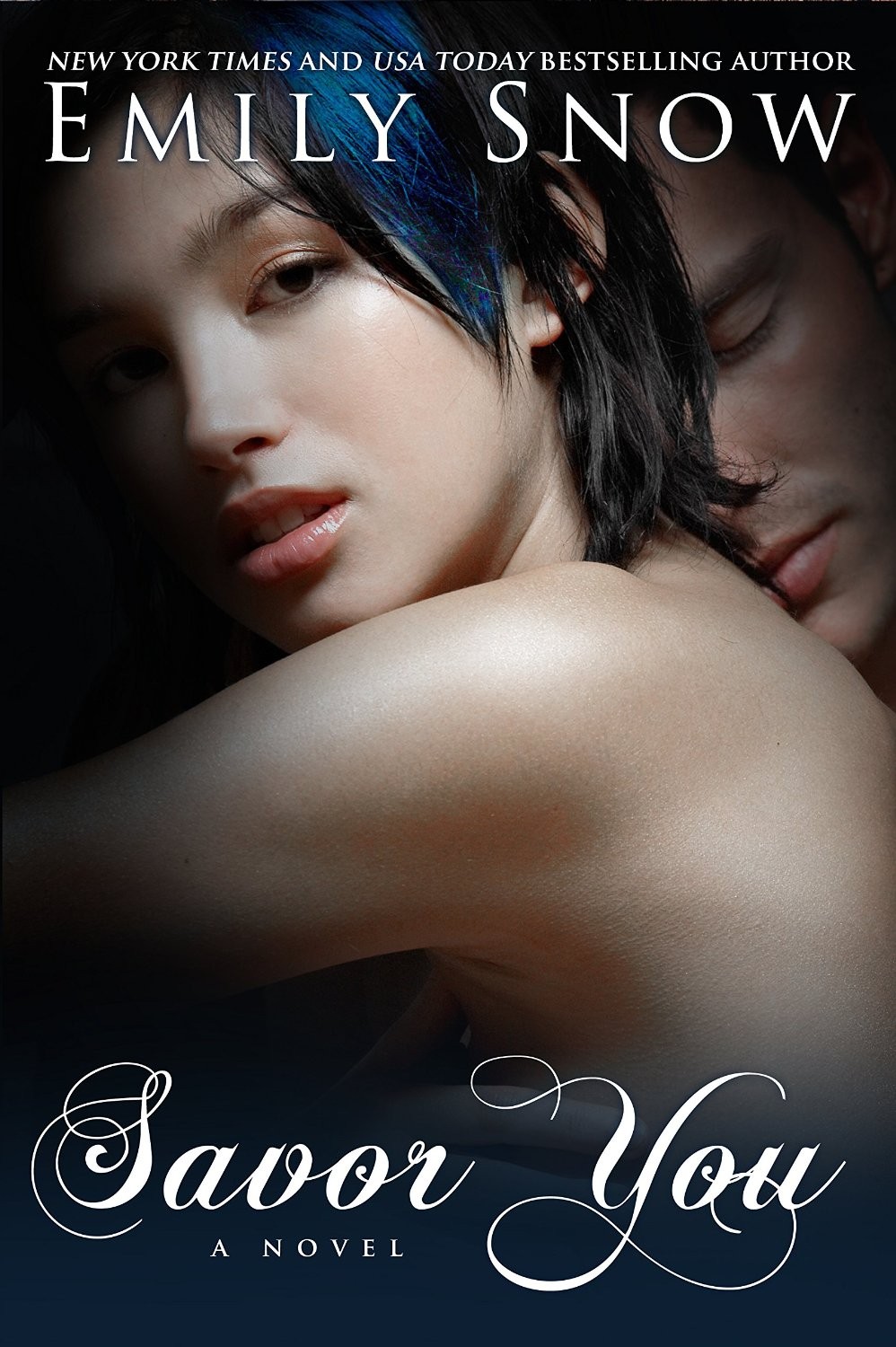 Kylie Wolfe and bassist Wyatt McCrae have been bad for each other for the last several years, but it’s impossible for them to end their toxic push and pull. Not when their attraction is constantly fueled by lust and proximity—she’s her older brother’s Lucas’s assistant and Wyatt is his best friend and band mate.

So when Your Toxic Sequel makes a move to record a new album in Nashville, Kylie decides to make the latest break with Wyatt official by getting the hell out of town. She’ll spend a week in New Orleans. A week to immerse herself in the Mardi Gras scene. One week to not think about the last time she was in New Orleans, seven years ago with Wyatt. Seven days where she won’t have to see Wyatt every day just to fall ridiculously in love with him all over again—where, if she wants to, she can have a normal, no-strings attached fling that won’t end in heartbreak.

Too bad Wyatt ruins everything by showing up, as gorgeous and demanding and awful for her as ever.

Wyatt refuses to let Kylie give up on him. Not without reminding her why they both fell so far and hard in the first place. Not without making her savor the good memories and what could be their last chance with each other. 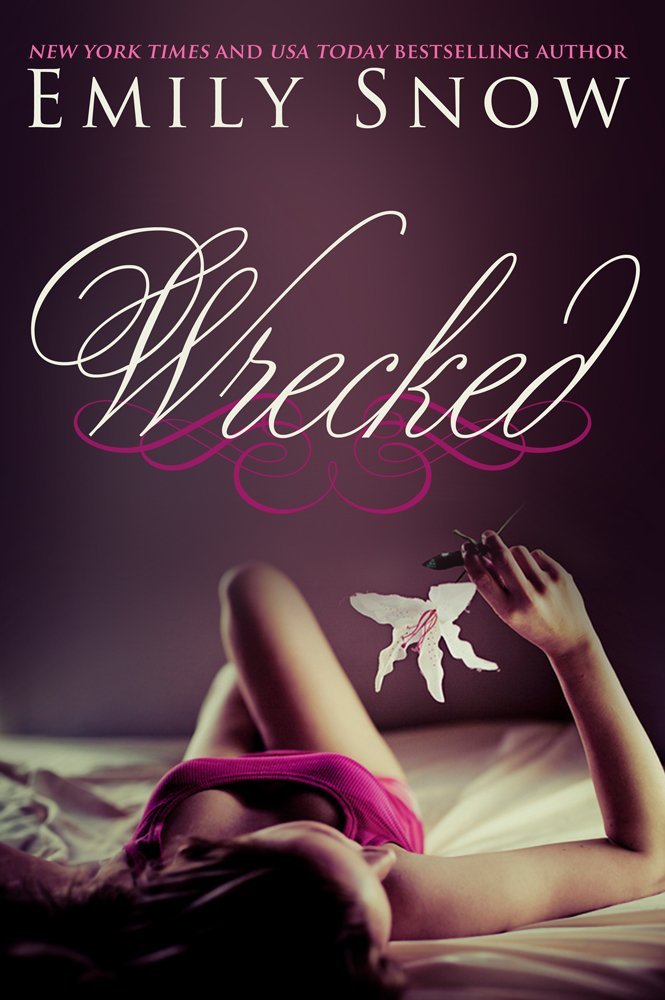 Ever since Lily died two years ago, Evie has been lost. She exists but doesn’t live, and she copes the only way she knows how: by wrecking things.

She exposes her dad’s affairs, ends things with her longtime boyfriend, and just last semester she destroyed her music scholarship. Desperate to break away from all the destruction she’s caused and start over, Evie reinvents herself at her new university.

But then Rhys, her new voice instructor, happens. He’s gorgeous, insanely talented and a part of the dark past she’s trying to overcome. Rhys’s brother is the reason why Evie’s life is such a mess right now, the reason why Lily, Evie’s sister, is dead. Even though Rhys is the last person Evie should ever want, for the first time in two years, wrecking things seems…right.

What’s Next from the Author 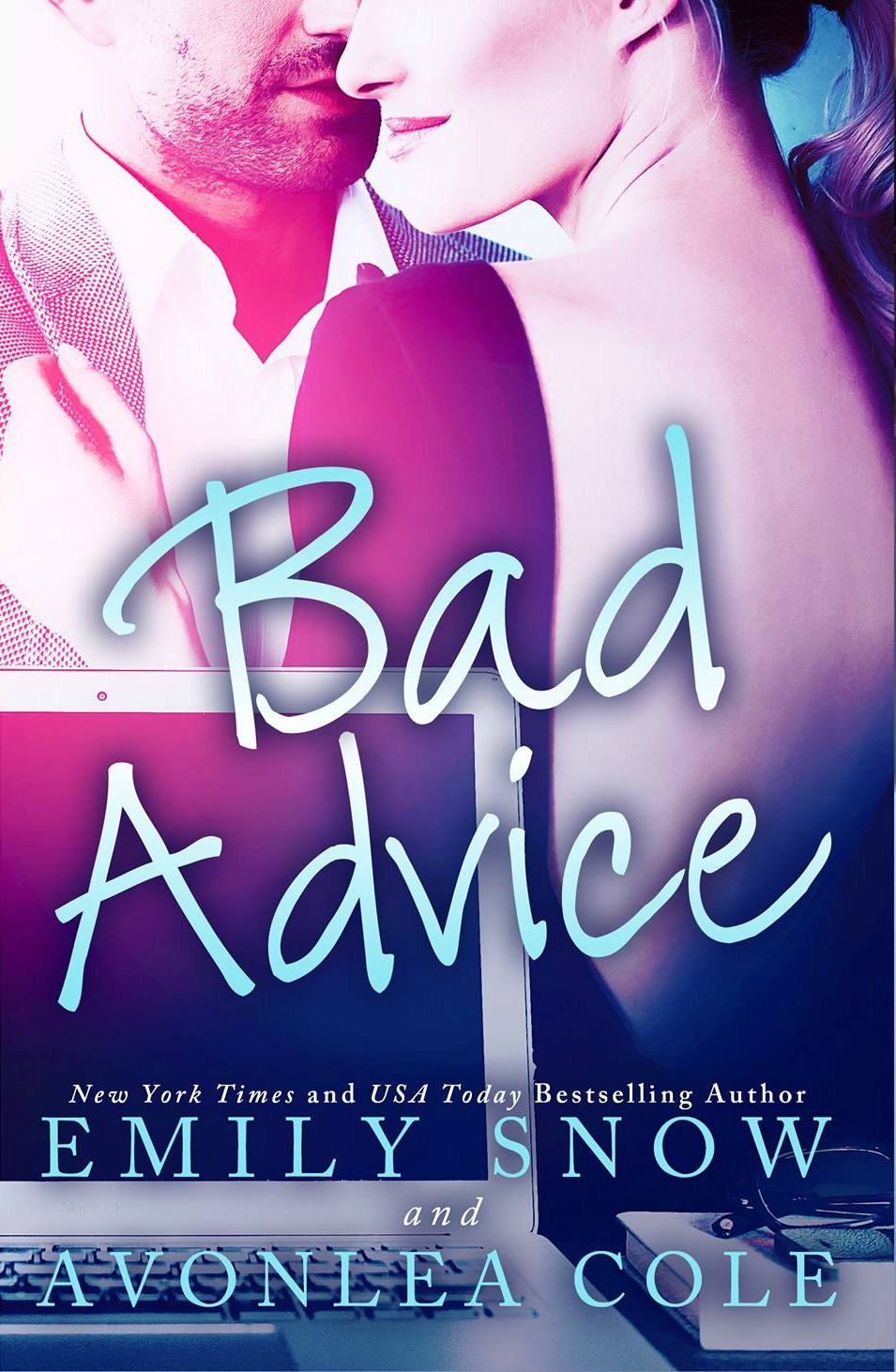 For Avery, relationship advice comes easy. Even if her own love life is in shambles, doling out her opinion is what she was born to do. When she scores her own advice column in a prominent Charlotte newspaper, Avery is ecstatic—that is until a snarky blogger, Amanda Truthslayer, pops up on a popular website that caters to the miserable. Amanda’s blog takes questions directly from Avery, spinning the sweet advice into a blunt cringe-worthy bitchfest. Realizing that the elusive Amanda’s in-your-face opinion might just ruin her brand, Avery has no other choice but to seek out the very sexy, very available, very cynical owner of the website and the Bradbury Enterprises gaming dynasty, Max Bradford.

From the moment she and Max cross paths, sparks fly. Avery believes in fairytales and he believes in … well, being an asshat. When he gives her the news that he can’t and won’t pull Amanda’s blog, Avery makes it her mission to turn the cynical, love-hating Max and his scathing blogger into believers of happily ever after. But inserting herself into Max’s life slowly begins to backfire. Because the more Amanda flips Avery’s advice, the more Avery realizes how skewed her own perception on relationships might be. And the more she’s around Max, the more impossible it is to resist him. 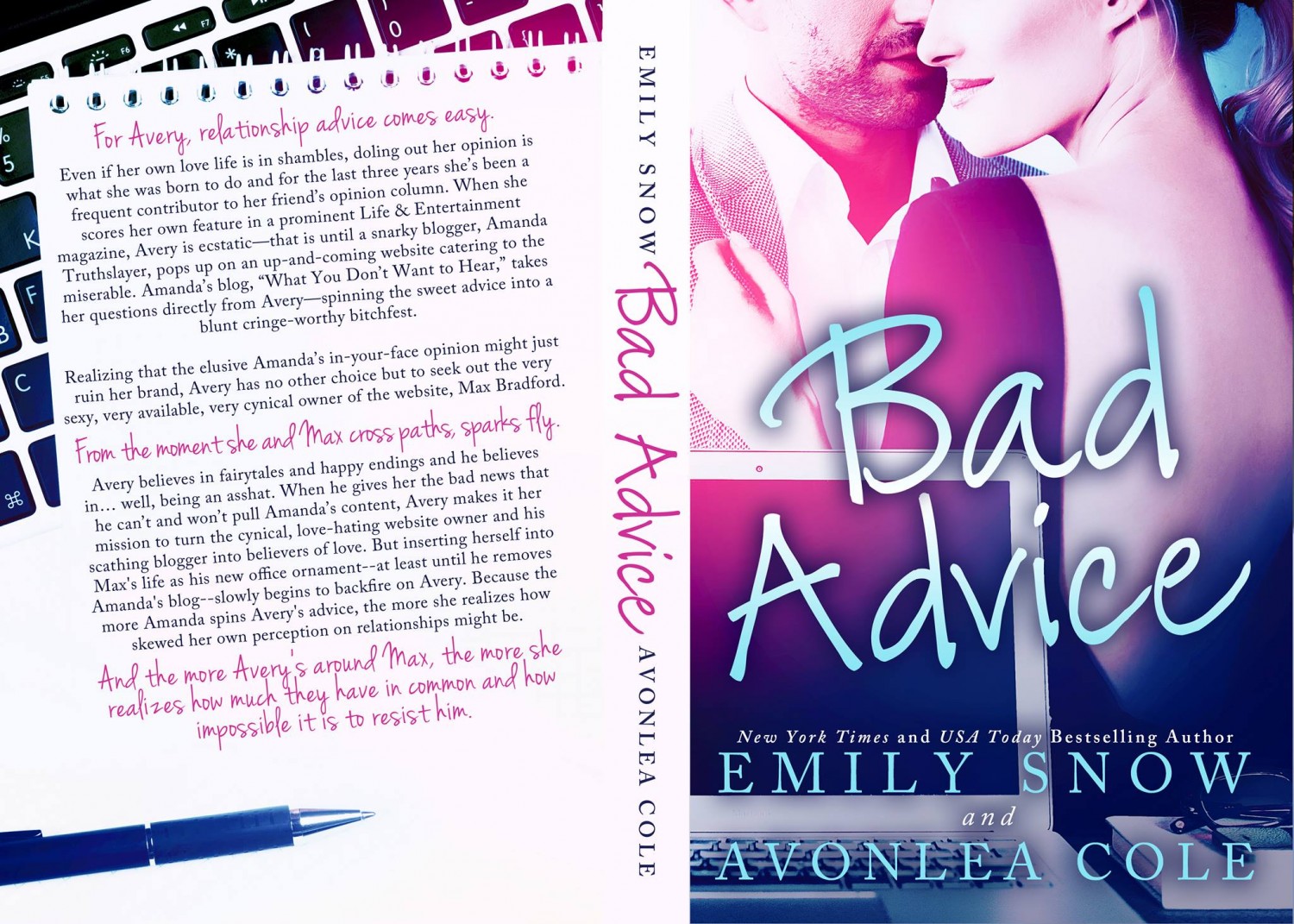 Release Day Blitz: What Hunts Inside the Shadows (Of Flesh & Bone #2) by Harper L Woods