I am over the moon about the cover reveal for Ann Aguire’s 2B Trilogy Series! Published by Harlequin HQN, the 2B Trilogy Series is a New Adult Contemporary Romance series made up of 3 titles.

I Want It That Way is the first full-length novel in the 2B Trilogy and is set to be released August 26th.

Book 2, As Long As You Love Me, is releasing on September 30th, and The Shape of My Heart is scheduled to be released on November 25th. You do not want to miss this series! 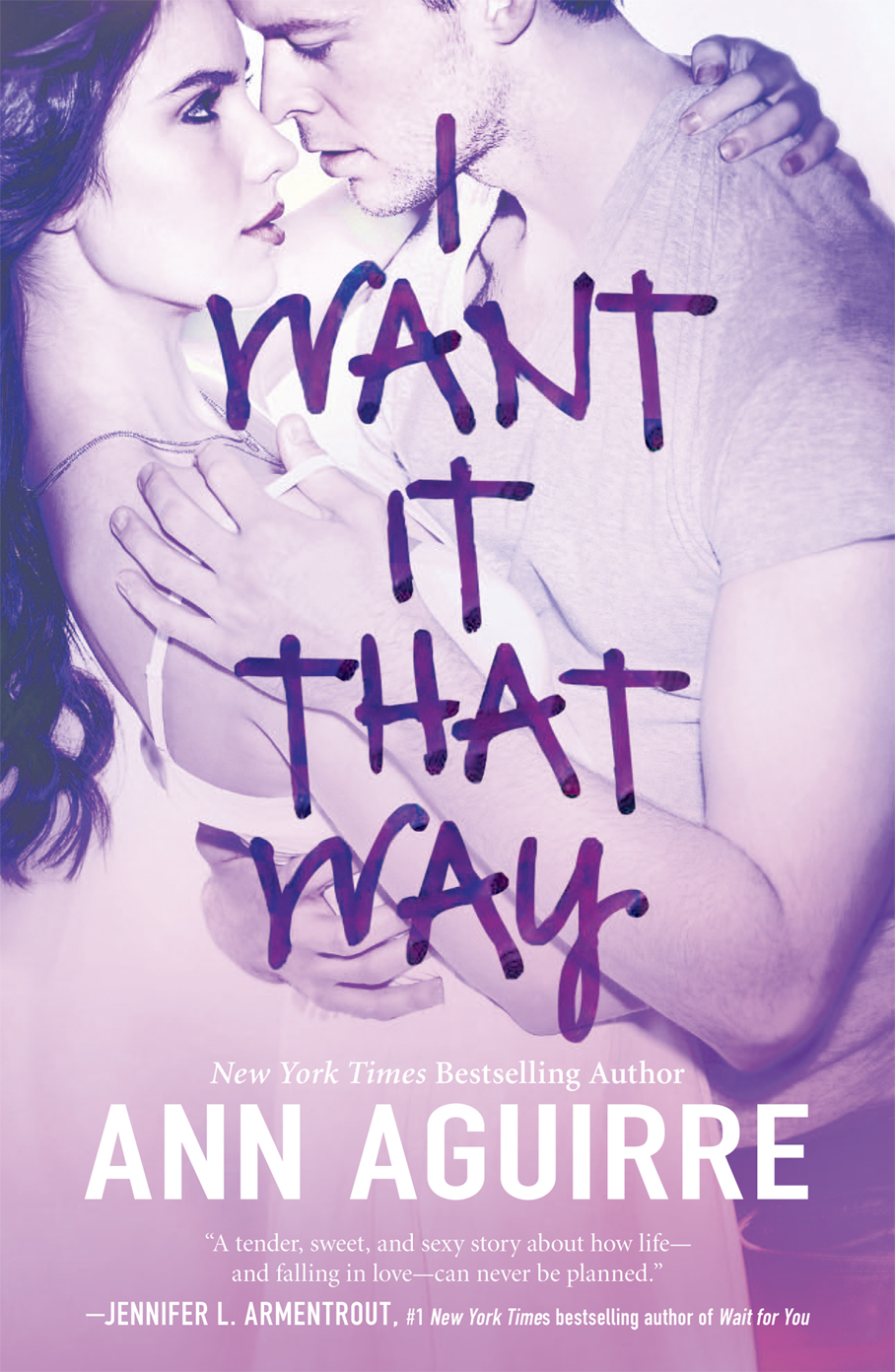 Nadia Conrad has big dreams, and she’s determined to make them come true. But between maintaining her college scholarship and working at the local day care to support herself, dating’s the last thing on her mind. Then she moves into a new apartment and meets the taciturn yet irresistible guy in 1B….

Daniel Tyler has grown up too fast. Becoming a single dad at twenty turned his life upside down—and brought him heartache he can’t risk again. Now, as he raises his four-year-old son while balancing a full-time construction management job and night classes, the last thing he wants is noisy students living in the apartment upstairs. But one night, Nadia’s and Ty’s paths cross, and soon they can’t stay away from each other.

The timing is all wrong—but love happens when it happens. And you can’t know what you truly need until you stand to lose it.

“A tender, sweet, and sexy story about how life—and falling in love—can never be planned.”

I Want It That Way on Goodreads

Read the First Chapter of I Want It That Way here! 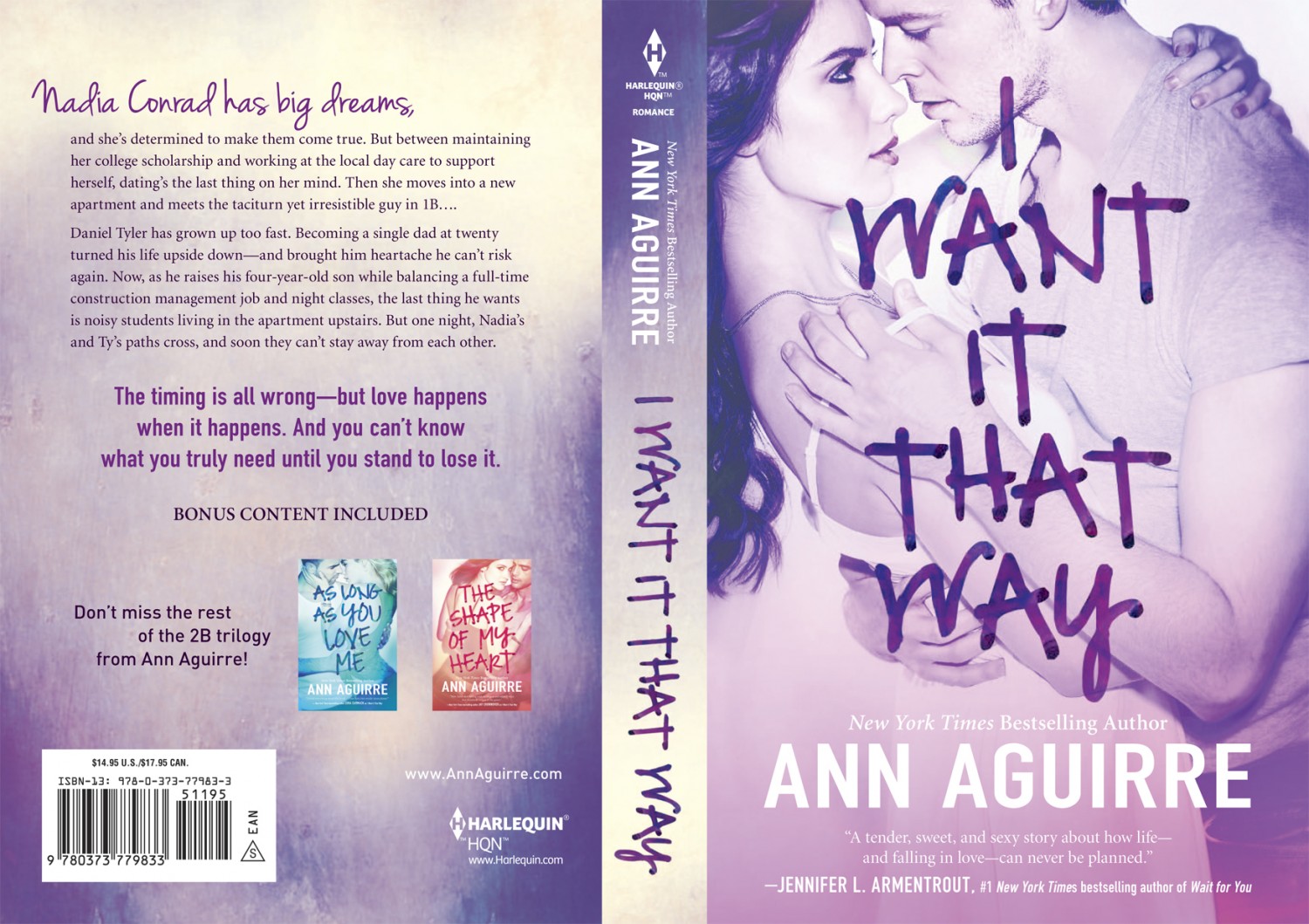 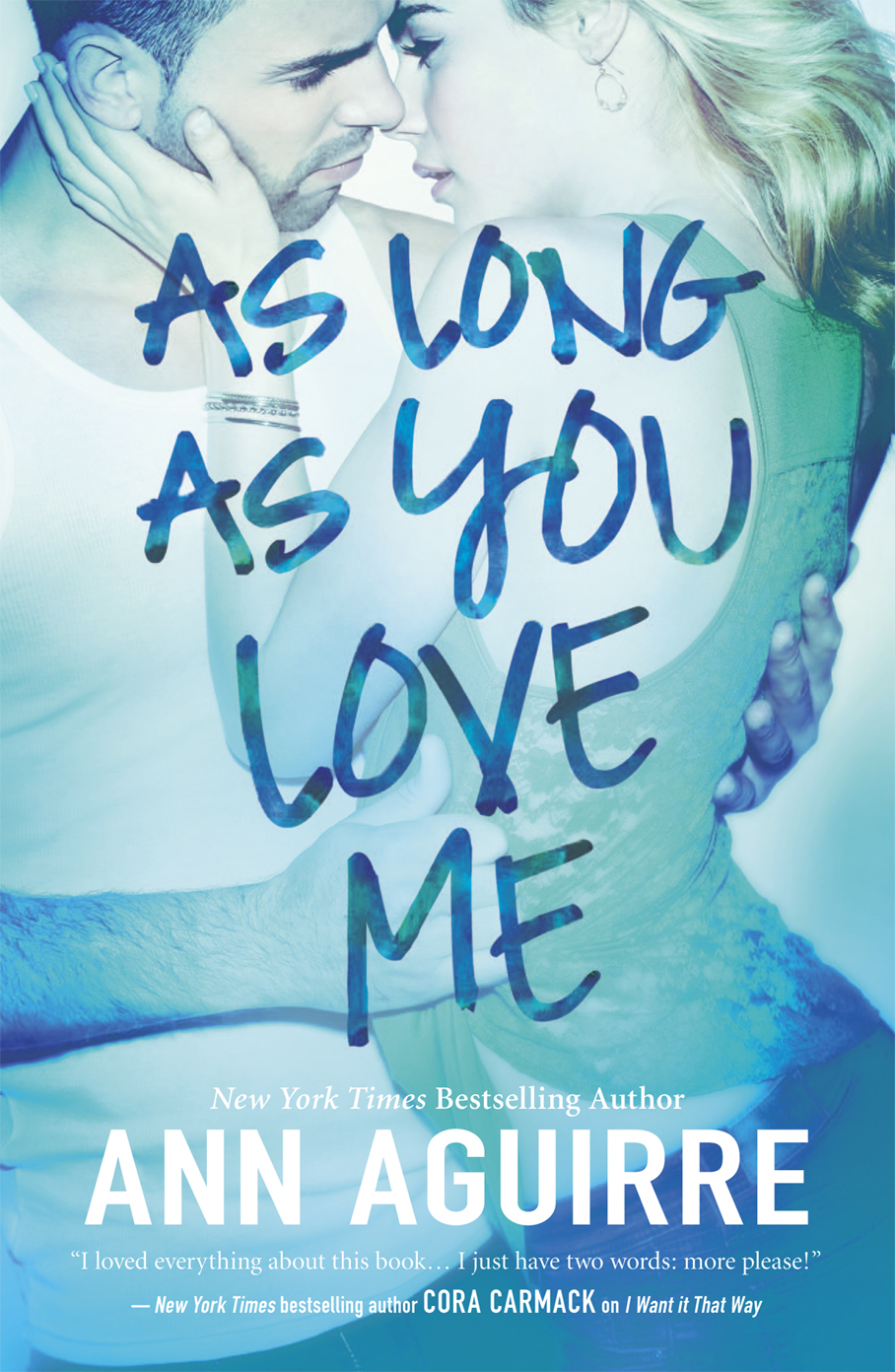 Most people dream about getting out of Sharon, Nebraska, but after three years away, Lauren Barrett is coming home. She has her reasons—missing her family, losing her college scholarship. But then there’s the reason Lauren can’t admit to anyone: Rob Conrad, her best friend’s older brother.

Football prowess and jaw-dropping good looks made Rob a star in high school. Out in the real world, his job and his relationships are going nowhere. He’s the guy who women love and leave, not the one who makes them think of forever—until Lauren comes back to town, bringing old feelings and new dreams with her.

Because the only thing more important than figuring out where you truly belong is finding the person you were meant to be with.

“I loved everything about this book… I just have two words: more please!”

As Long As You Love Me on Goodreads

Read the First Chapter of As Long As You Love Me here! 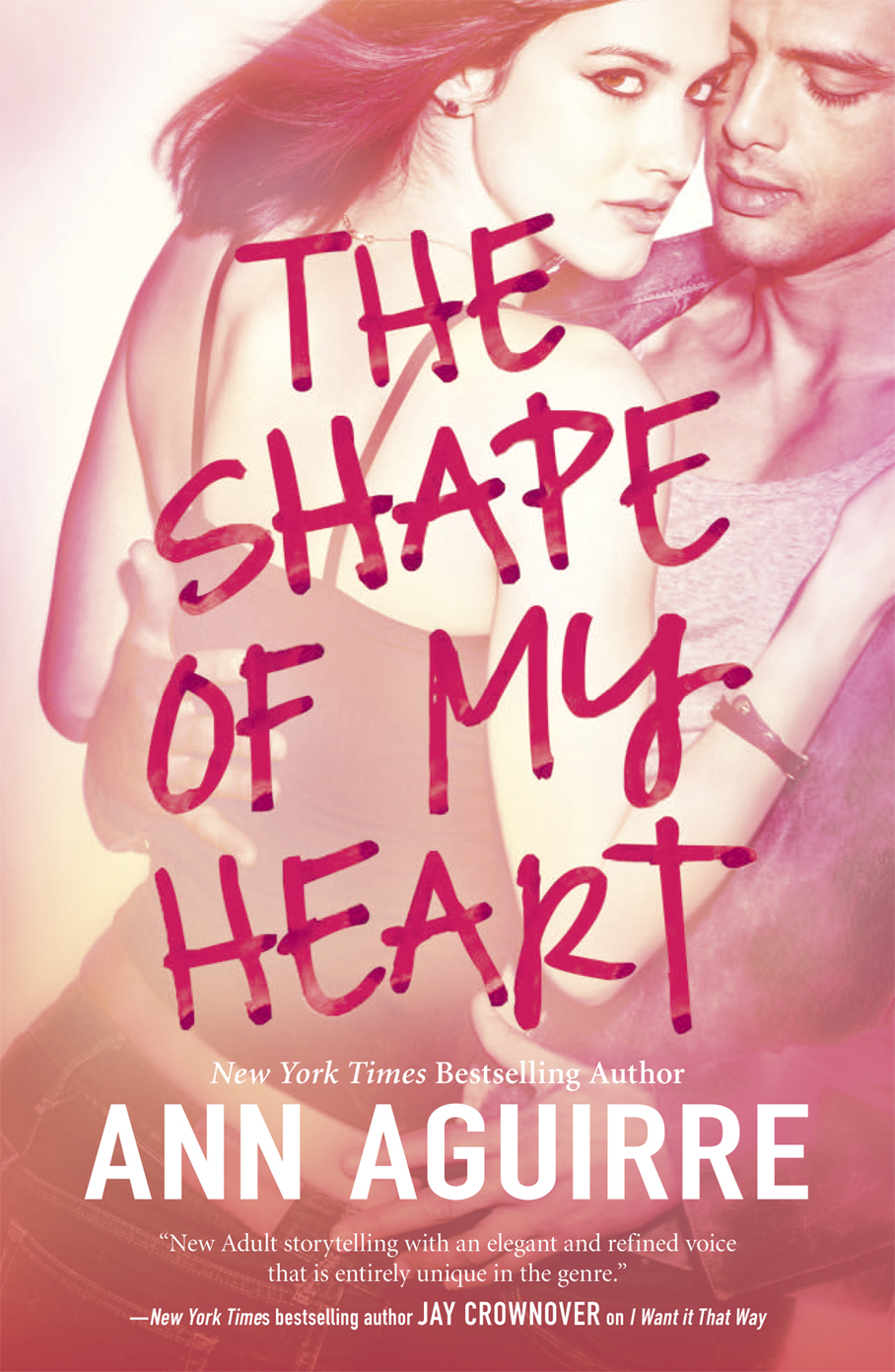 Some people wait decades to meet their soul mate. Courtney Kaufman suspects she met hers in high school—only to lose him at seventeen. Since then, Courtney’s social life has been a series of meaningless encounters, though she’s made a few close friends along the way. Especially her roommate, Max Cooper, who oozes damaged bad-boy vibes from every pore.
Max knows about feeling lost—he’s been on his own since he was sixteen. Now it’s time to find out if he can ever go home again, and Courtney’s the only one he trusts to go with him. But the trip to Providence could change everything….
It started out so simple. One misfit helping another. Now Max will do anything to show Courtney that for every heart that’s ever been broken, there’s another that can make it complete.

“New Adult storytelling with an elegant and refined voice that is entirely unique in the genre.”

The Shape of My Heart on Goodreads

Read the First Chapter of The Shape of My Heart here!

Ann Aguirre is a New York Times & USA Today bestselling author and RITA winner with a degree in English Literature; before she began writing full time, she was a clown, a clerk, a voice actress, and a savior of stray kittens, not necessarily in that order. She grew up in a yellow house across from a cornfield, but now she lives in sunny Mexico with her husband, children, and various pets. Ann likes books, emo music, action movies, and she writes all kinds of genre fiction for adults and teens, published with Harlequin, Macmillan, and Penguin, among others.

Cover Reveal: Boss of Me by Tia Louise